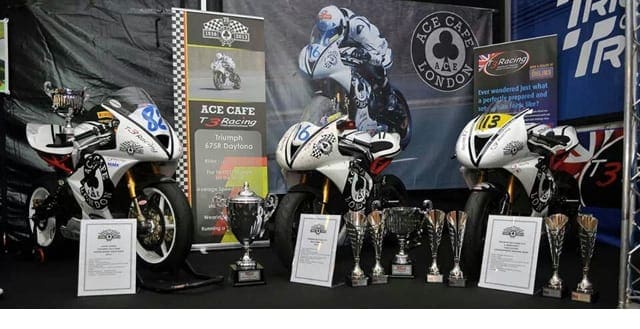 Alongside the running of the Tristar R&G Triple Challenge, T3 Racing will also be fielding a two rider team of Alex Olsen and Aleix Aulestia in 2014. The pair will be competing in the Motorpoint British Supersport EVO Championship and the Pirelli National Superstock 600 Championship respectively. 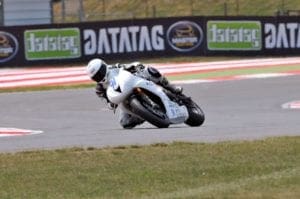 With an unrivalled knowledge of the formidable Triumph Daytona 675R, T3 Racing have built two different versions of the iconic machine for 2014. Former Triumph Triple Challenge runner up,Alex Olsen, will be racing the new EVO spec version of the 675R, competing in the newly established Motorpoint British Supersport EVO Championship – a cost-cutting new class that is a combination between full Supersport and Superstock.

A fantastic debut in the UK last year competing in the Triumph Triple Challenge saw Aleix Aulestia secure seven podiums, including a memorable victory at Snetterton. He now moves up into the Pirelli National Superstock 600 Championship, racing a stock version of the Daytona.

Speaking after his first ride of the EVO machine, Alex said “My first impressions of the machine are really positive. I’ve had lots of experience on the Triumph Daytona 675R, so although this is the 2014 model and built to an EVO spec, it’s not completely new to me. We were able to set some strong lap times at Snetterton and being supported by T3 Racing, I know the bike is going to continue to go from strength to strength throughout the season.”