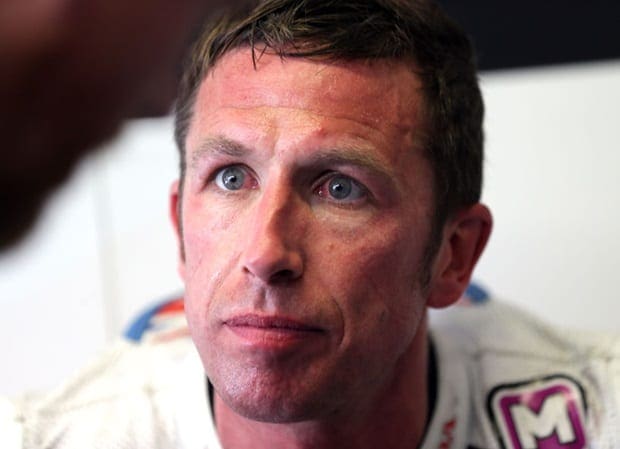 A statement from the ACU has just confirmed that the second rider to fall last night during Superbike qualifying is Steve Mercer.

Mercer, 36, was riding for Jackson Racing having been recently fine-tuning the factory Fireblade as a possible replacement for Honda man Ian Hutchinson if injuries prevented Hutchy from taking part in the TT this year.

Following the Churchtown accident which involved Dan Kneen yesterday evening, Mercer’s incident at Ballacrye involving a course car then led to the Kent man being taken to Noble’s hospital on the Island before being transferred to Liverpool.

In its statement, the ACU said: “TT Race organisers ACU Events Ltd can confirm that Steve Mercer, 36, from Maidstone, Kent, was the rider involved in a collision with a course car at Ballacrye during last night’s qualifying session at the Isle of Man TT Races.

“He has been transferred to Liverpool for further assessment and treatment.

“This followed an earlier incident during the Superbike session at Churchtown which the course car was attending.

“ACU Events Ltd can confirm that there is an investigation into the circumstances surrounding this incident.”

Mercer’s wife Caroline wrote on social media: “I’m sorry to say Steve has sustained serious injuries this evening following an accident on his way back to the Grandstand.

“He has been flown to Liverpool where he will be assessed further to ascertain the full extent of his injuries.”

Mercer’s Jackson Racing team sent their best wishes in a statement on Facebook:

“Our thoughts are with Steve, Caroline, Daniel, Alex and family. Steve got flown off island late last night to receive further assessments and treatment following an incident on his way back to the grandstand. Get well soon Geezer!!”