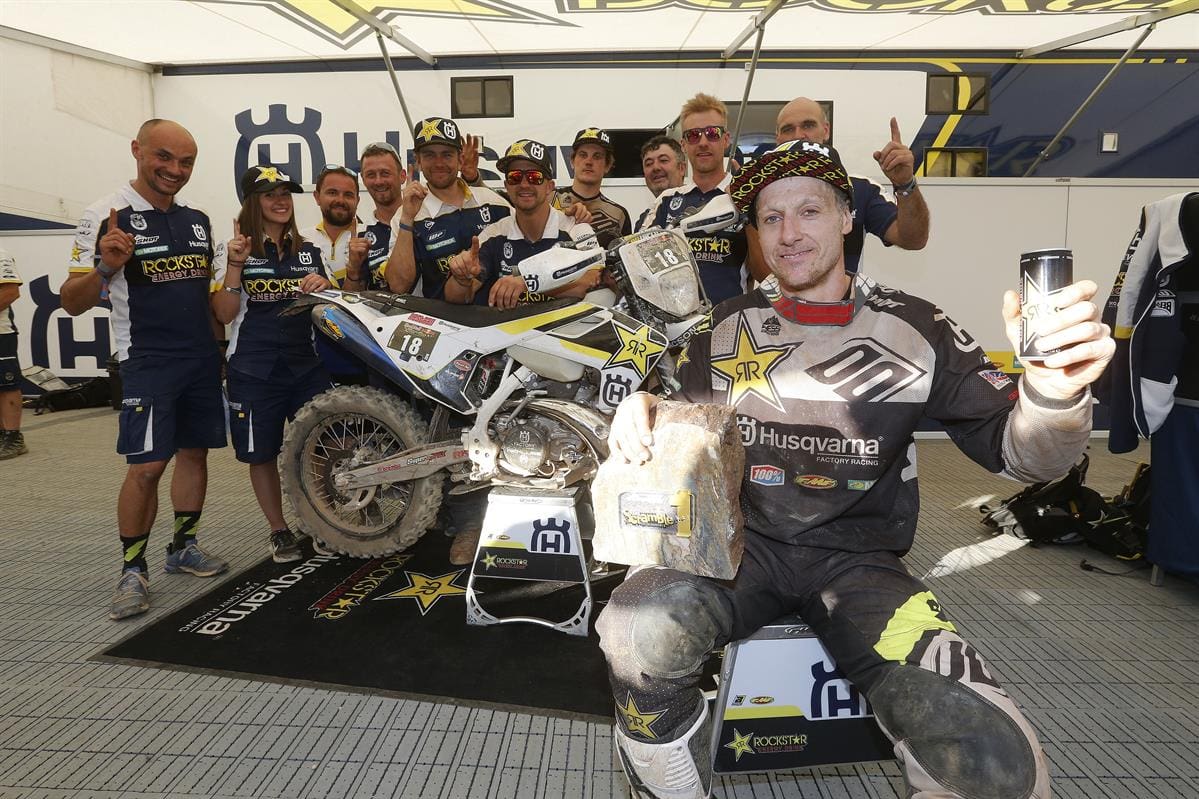 Rockstar Energy Husqvarna Factory Racing’s Graham Jarvis won the 2018 Erzbergrodeo Hare Scramble today (Sunday), round two of the 2018 World Enduro Super Series. Early leader Billy Bolt placed fifth with team-mate Colton Haaker 12th despite some crashes during the race.
Reinforcing his reputation as the best hard enduro rider of all time, Jarvis paced himself perfectly throughout the gruelling race to arrive at the finish 41 seconds ahead of eventual runner-up Jonny Walker. Starting off in his usual steady style, the 43-year-old soon began to pick off the competition, eventually taking the lead at around one-hour and 45-minute mark at the unbelievably challenging climb named Green Hell.

From there Jarvis never looked back, the subsequent obstacles offering no major challenges. Despite a late charge from eventual runner-up Walker, Jarvis crossed the line in front and secured his fourth victory at the event.
Early leader Bolt rode a brave race, ultimately finishing in fifth to claim important World Enduro Super Series points in the process. The young Brit was the second rider to arrive at the treacherous Green Hell section, but after offering help to a fellow competitor Billy expended a little too much energy with a small mistake dropping him back down to the bottom of the hill. Finally clearing the obstacle, the XL Lagares winner carried on successfully to the finish – arriving exhausted but in good spirits. Bolt now lies equal second in the WESS Championship standings, tied with team-mate Jarvis. 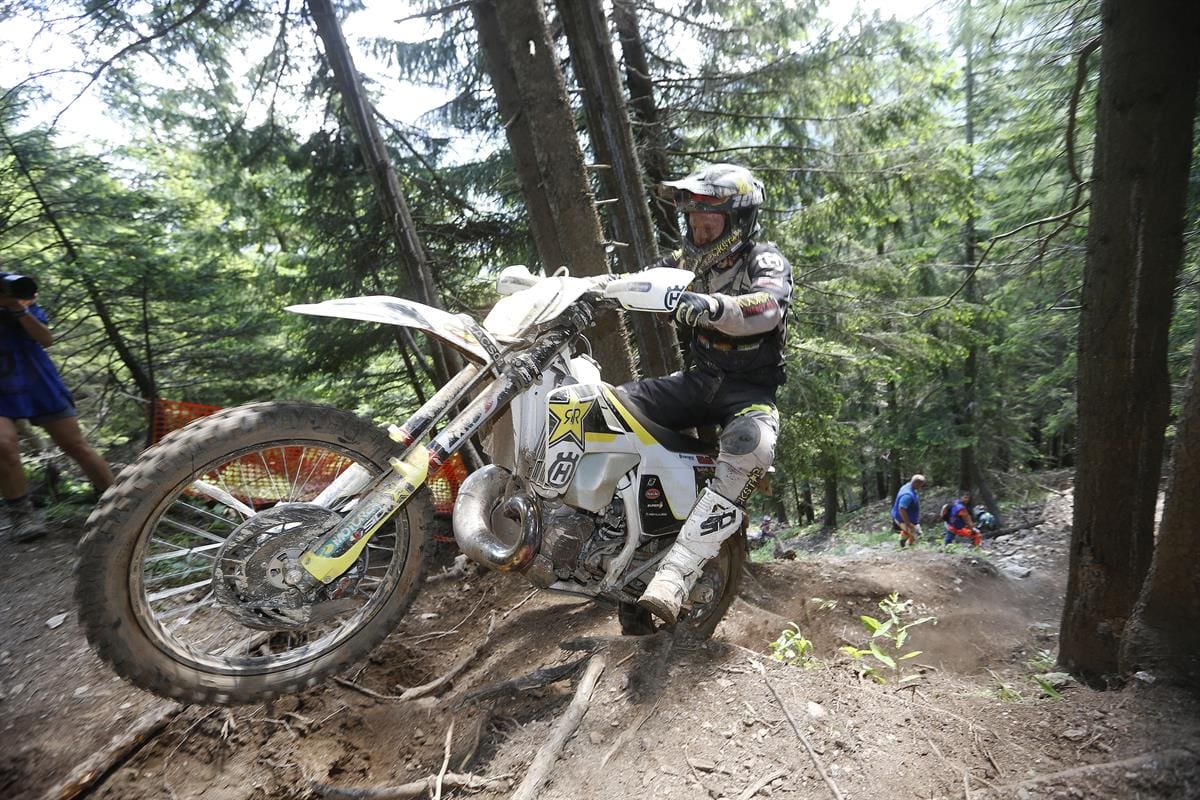 Jarvis and his Husqvarna Factory Racing team will return to competition on June 8/9/10 at the Trefle Lozerien enduro in France.
Graham Jarvis: “I can’t believe it, I am so happy to take the win. I started off pretty steady and as the dust was so bad it was a little dangerous to push on too much. After a few difficult hills I started to get into more of a rhythm and I was feeling good as I came into Carl’s Dinner. As I started to catch the guys in front I knew that I had a chance to take the win. Green Hell was tough, I would have liked to have ridden a little further up as I had to push quite a lot. I just hung on, despite cramping up in my arms. To cross the finish line first feels amazing.”
Billy Bolt: “That was such a tough race, I am happy with fifth but feel I could have done more. The beginning of the race went really well, I was feeling good and made up a lot of time on the others. I got to the Green Hell section but my arms were so dead by that point I knew I would struggle to get up there on my own. I helped Manni first and then came back for my own bike. I think I pushed to hard too early and had nothing left towards the end. I’ll definitely learn from the experience and come back stronger next year.”