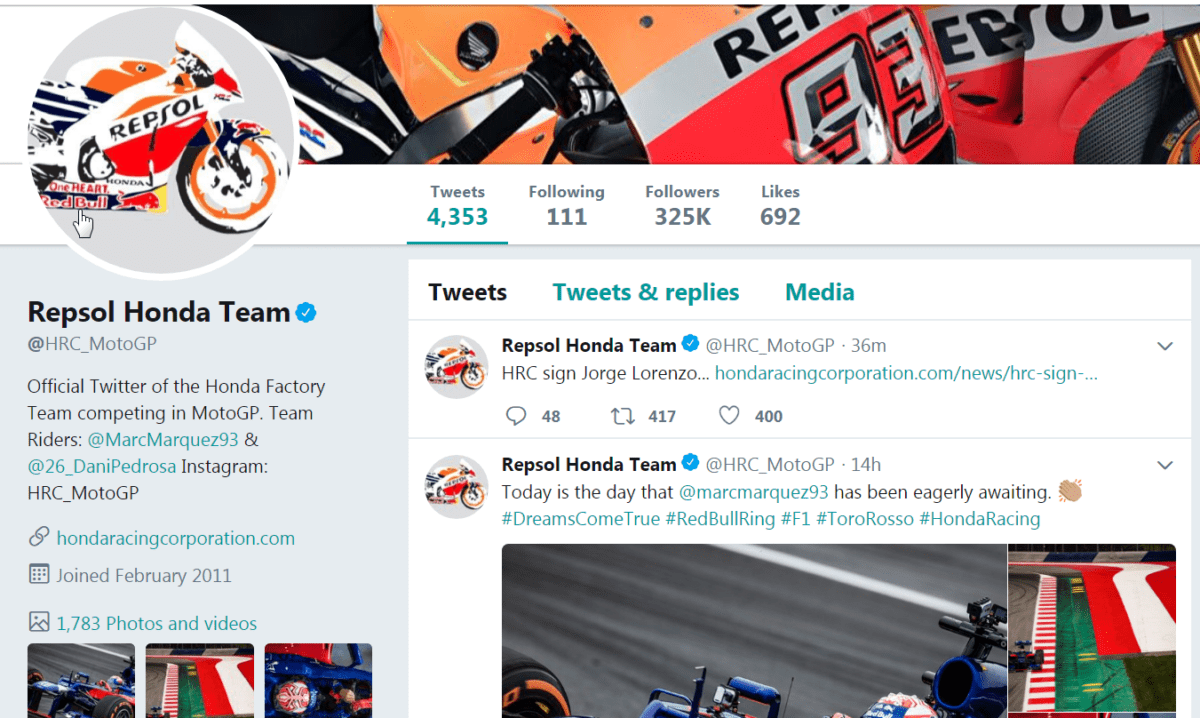 HRC has just announced via it’s official twitter page that it has signed Jorge Lorenzo to run on the orange and black bikes.

Whilst the statement has temporarily vanished from the link (no doubt whilst someone is getting their backside kicked for going early with the news), the team has forgotten to take down the statement on the twitter feed. Lorenzo will ride for the team in 2019 and 2020.

The announcement comes in the wake of Lorenzo’s first win for Ducati, at Mugello, when the Mallorcan became only the sixth man in the MotoGP era to win races on more than one bike, following 44 wins for Yamaha.

So there we go, nice to get it officially. Marquez and Pedrosa next year in MotoGP – who’s your money on?

UPDATE: Here’s the official statement (below) about the move – released from HRC at last: 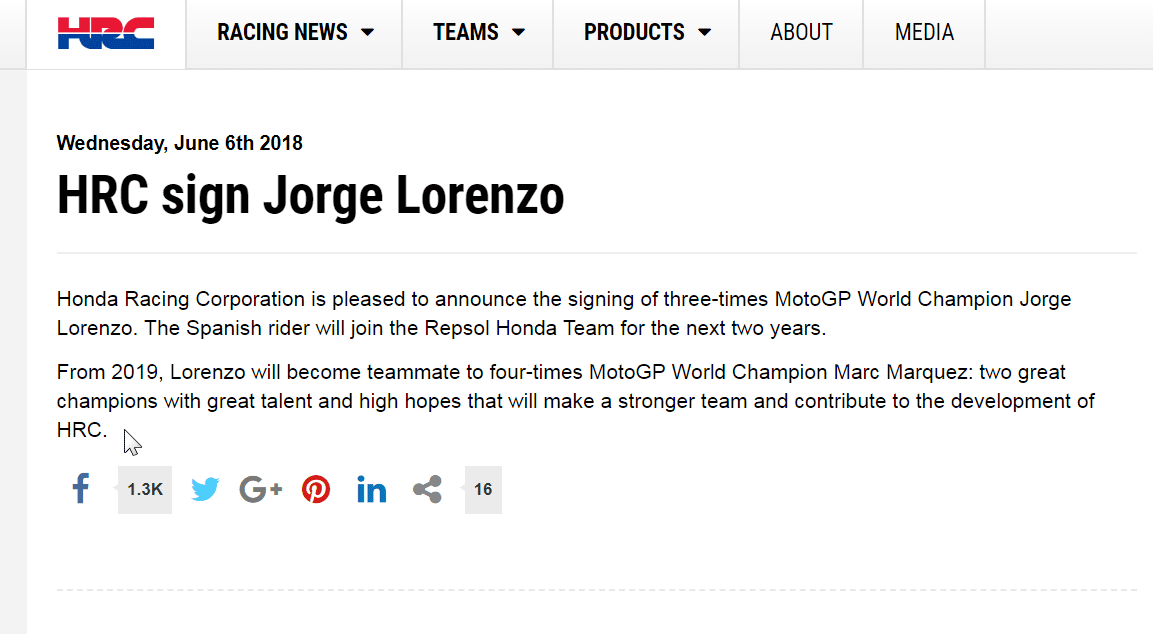