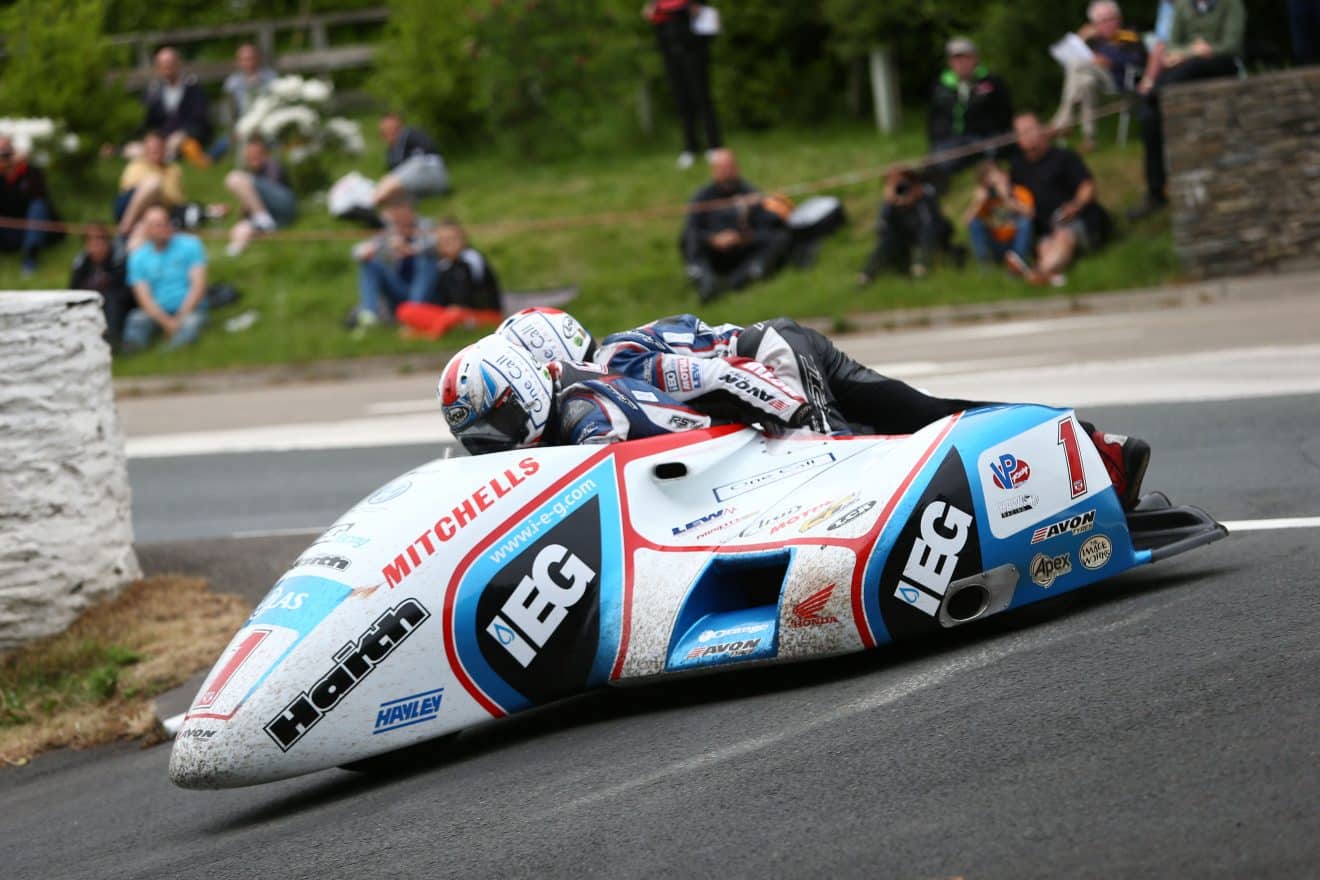 EIGHT TIME TT winners, five TT wins in a row and a brace of records for the Birchalls proved that the pair were head and shoulders above the rest of the field at the Isle of Man TT for the second three-wheeler race of Race Week,

Early on the second Sidecar TT of 2018 on the Island had all the hallmarks of being an absolute classic with the lead changing hands four times on the opening lap alone.

Early leaders John Holden and Lee Cain were overtaken on the timesheets by Tim Reeves and Mark Wilkes only for Holden/Cain to retake the lead at Ramsey. Not to be outdone, it was time for Ben and Tom Birchall to up their pace with a blistering section from Bungalow to the Grandstand to take the lead by 1.8s across the line. Holden and Caine ended lap one nearly 6s ahead of Reeves and Wilkes.

Into lap two and the Birchalls were flying, unphased into Ramsey they were half a second off setting a new lap record but over the Mountain the duo were smashing it in perfect conditions and remained untouchable, crossing the line at the Grandstand to begin lap three, the Birchalls smashed the old record (held by the Birchalls themselves) of 116.798mph / 19m 22.928s and post the first ever sub-19 minute long lap with an astounding 119.250mph / 18m 59.018s.

Dave Molyneux dropped 20 seconds at the start of lap 3 and stopped temporarily to sort a mechanical problem at Quarry Bends later in the lap allowing Conrad Harrison and Andy Winkle to close Molyneux and Dan Sayle down.

But nothing could detract from the Birchalls who stormed to a new lap record and one of the most outstanding performances ever seen on the Island.

Ben Birchall said: “I’m so happy, that was hard. We didn’t have a good first lap and John was flying. We just pushed and pushed and to get two wins here this week is so brilliant. Somebody stuck a board out and said 119mph on the last lap and I thought ‘Ignore it! Ignore it!’ and I pushed so hard.

“I don’t know what the problem was on the first lap. I didn’t want to push too hard and ruin us for the race. But I got my head down and pushed on.

“It’s your mindset, a lot of this place and I thought on that first lap ‘This is no good! You’ve got to get going!’ so I got myself in the groove and went for it.”

Tom Birchall added: “John was shoving us all the way on that first lap so we had to push hard and when the second lap came around and we got an absolute rocket out of QuarterBridge I knew it was on. When we did that I thought ‘that’s it, we’re on here!’.

“That’s what we did, chipped away at it and went for it and it paid off.”

John Holden added: “Old boy goes faster and faster doesn’t he! I know how hard I’m riding and those lads must have been really pushing it. Ben said to me that they wouldn’t be doing that if we weren’t pushing them so it’s all part of it but they’re pace here was amazing. 119mph is incredible.

“I talked to Michael Dunlop before and he said just go for it from the start. I know Ben isn’t the quickest off the line so that was my plan, but once they got underway they were flying.”