Reigning champion triumphs in Czech return and opens 81-point gap in title battle
When the MOTUL FIM Superbike World Championship last graced the flowing hills of the Automotodrom Brno, Jonathan Rea (Kawasaki Racing Team WorldSBK) was a promising 25-year-old with 10 race wins to his name, no world championships, and still very much a diamond in the rough. The contrast on Saturday was startling, six years later, was startling: the KRT rider led a perfect race to take his sixth race win of the season, making him the most successful WorldSBK rider in history with 60 race wins, above the legendary Carl Fogarty. 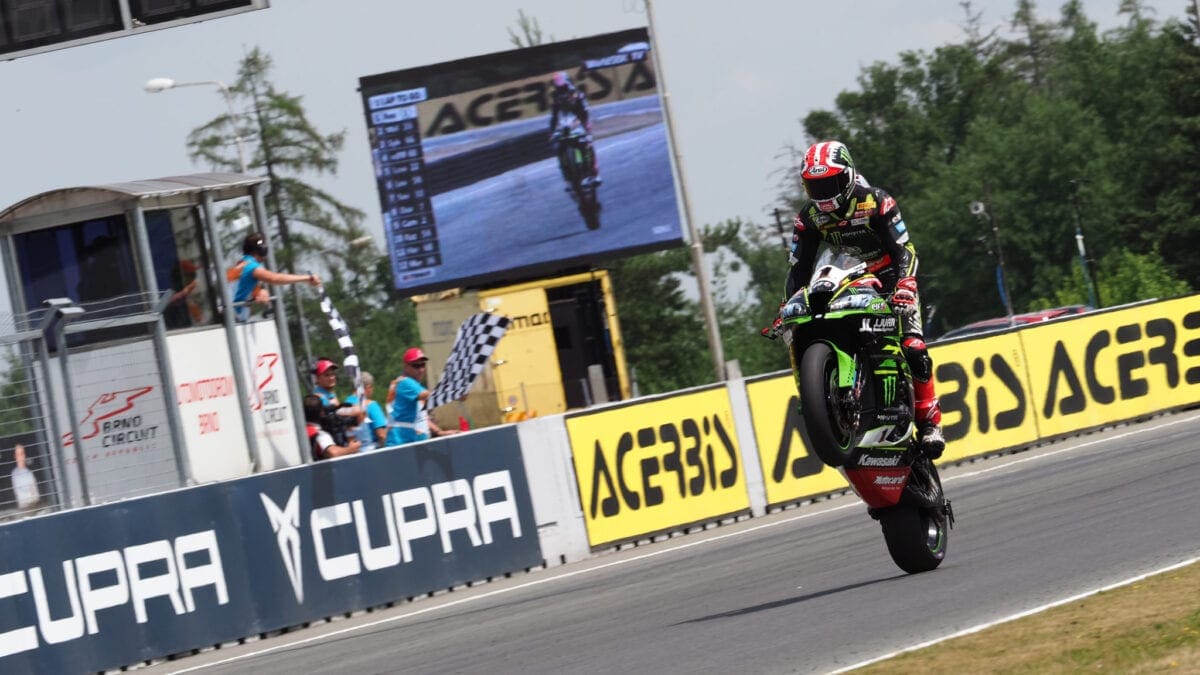 At the longest track in the season, it was fitting for the action to be more extended than usual. Rea overtook teammate Tom Sykes (Kawasaki Racing Team WorldSBK) at the start, but crashes by Jordi Torres (MV Agusta Reparto Corse) and Michael Ruben Rinaldi (Aruba.it Racing – Junior Team) forced a red flag and race restart – twice, due to technical issues on the grid.
At the third time of asking, with the race length now down to 16 laps, Sykes defended his position at turn 1, but Rea was in front a couple of turns later, keeping Sykes behind and jetting off. The Northern Irishman was also helped by the action behind, with Marco Melandri (Aruba.it Racing – Ducati) and Alex Lowes (Pata Yamaha Official WorldSBK Team) putting Sykes under pressure. Michael van der Mark (Pata Yamaha Official WorldSBK Team) also joined the fray, swapping positions several times with his teammate in a thrilling battle. 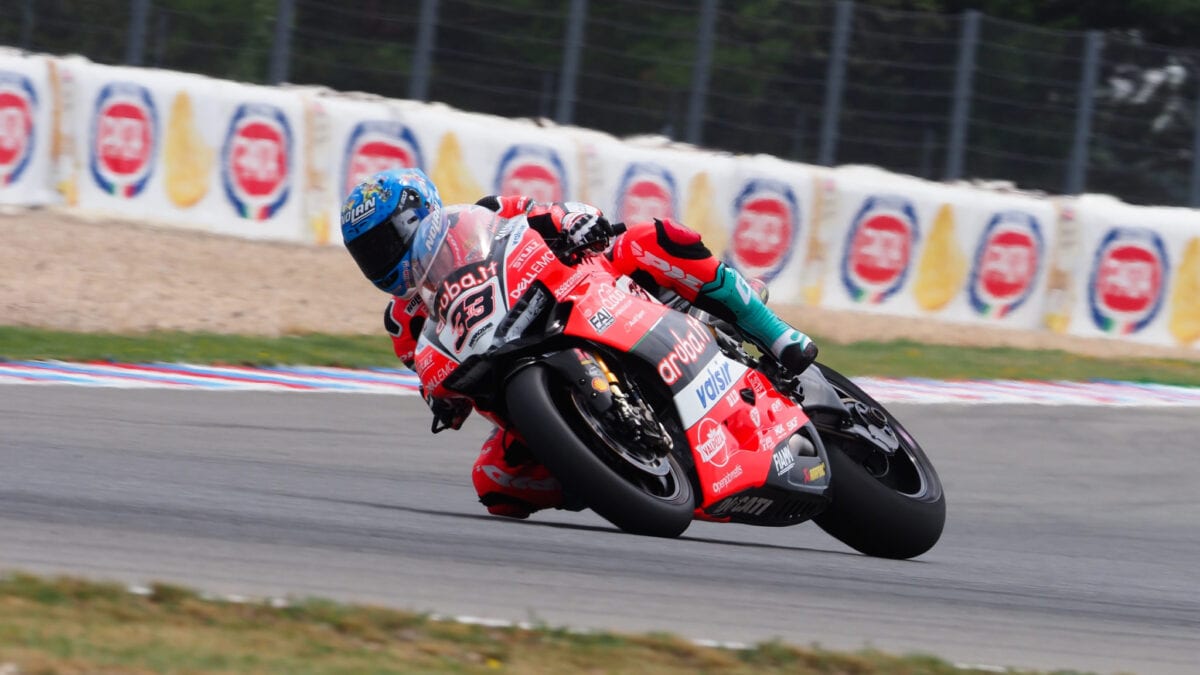 Rea went untroubled from this point forward, leading a composed ride to the finish line. He was the only rider managing laps times under two minutes, keeping a 4-5 second gap from his closest pursuers. The defending champion has now opened an 81-point gap with Chaz Davies (Aruba.it Racing – Ducati), who struggled to finish the race eighth and sees his championship pursuit become even tougher.
Behind the leader, Melandri finally got the best of Sykes in lap 4, taking his best result since Round 1 with second. It’s the fifth podium for Melandri at Brno in WorldSBK, and a fantastic comeback after a disastrous Donington weekend. Sykes crossed the line in third, two seconds off the Italian.
The rostrum was finally just not close enough for the Yamaha riders, with van der Mark beating Lowes to fourth place. Both men will lead the line in Race 2, a fantastic opportunity to move their personal tussle to the front tomorrow. 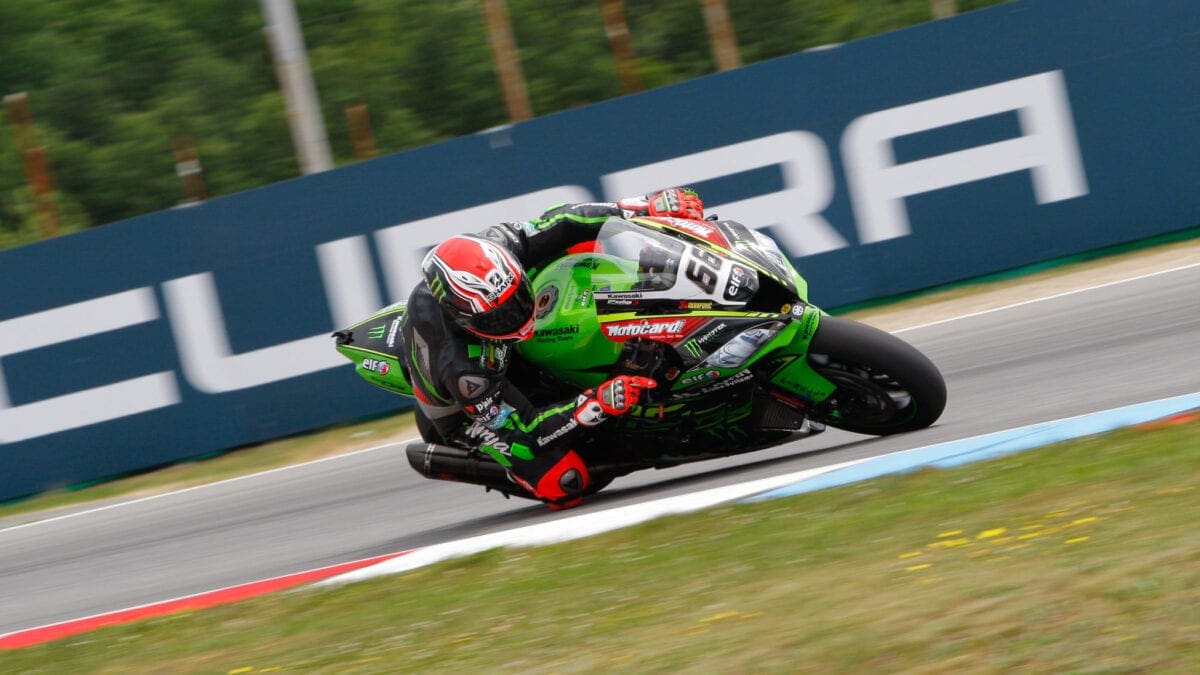 A thrilling battle for sixth midway through the race saw Eugene Laverty (Milwaukee Aprilia) emerge triumphant and back into the top positions. He got the best of teammate Lorenzo Savadori (Milwaukee Aprilia), who still managed to beat Davies in the final laps for seventh.
Leon Camier (Red Bull Honda World Superbike Team) netted himself another top-10 finish. Still not 100%, the Brit still managed to come in ninth at the flag, ahead of Toprak Razgatlioglu (Kawasaki Puccetti Racing) in tenth, the first independent rider at Brno. Yonny Hernández (Team Pedercini Racing) confirmed his good form at the Czech circuit, returning to the WorldSBK paddock in eleventh after missing the UK Round. 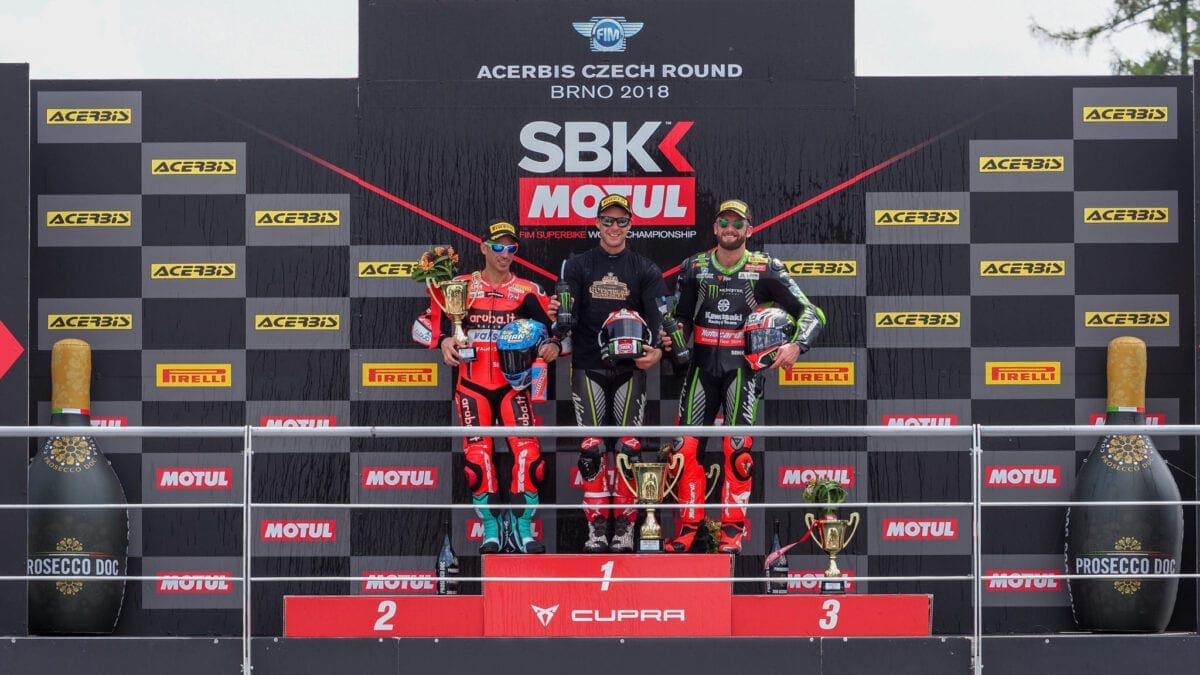