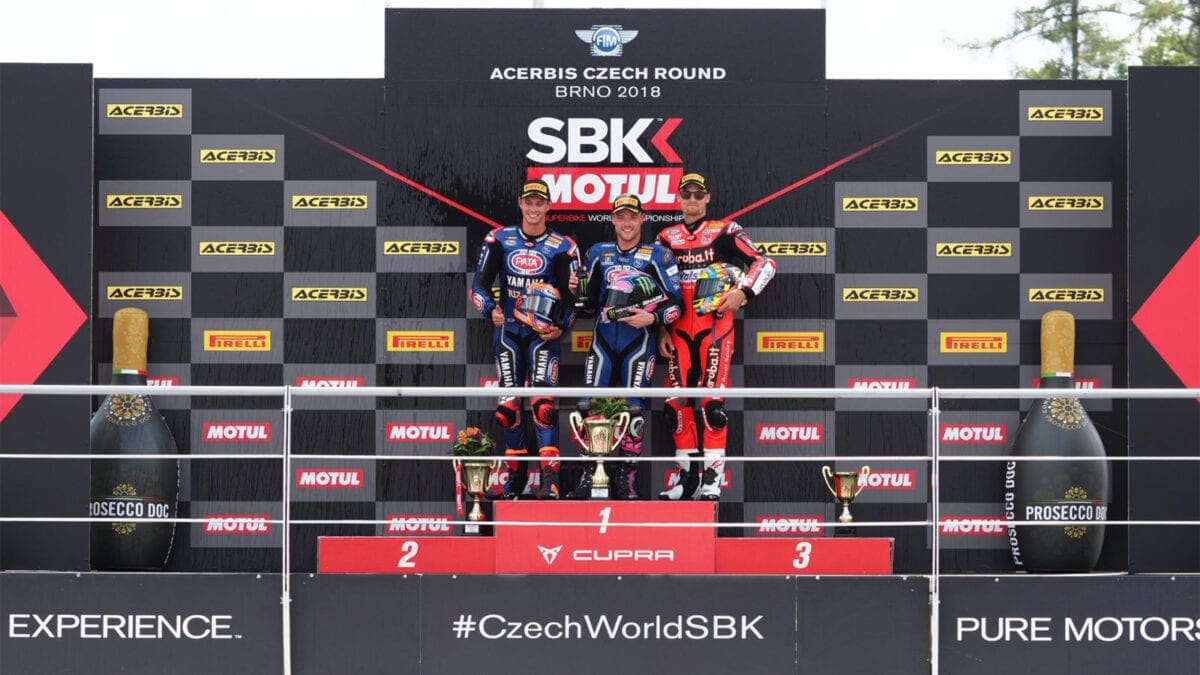 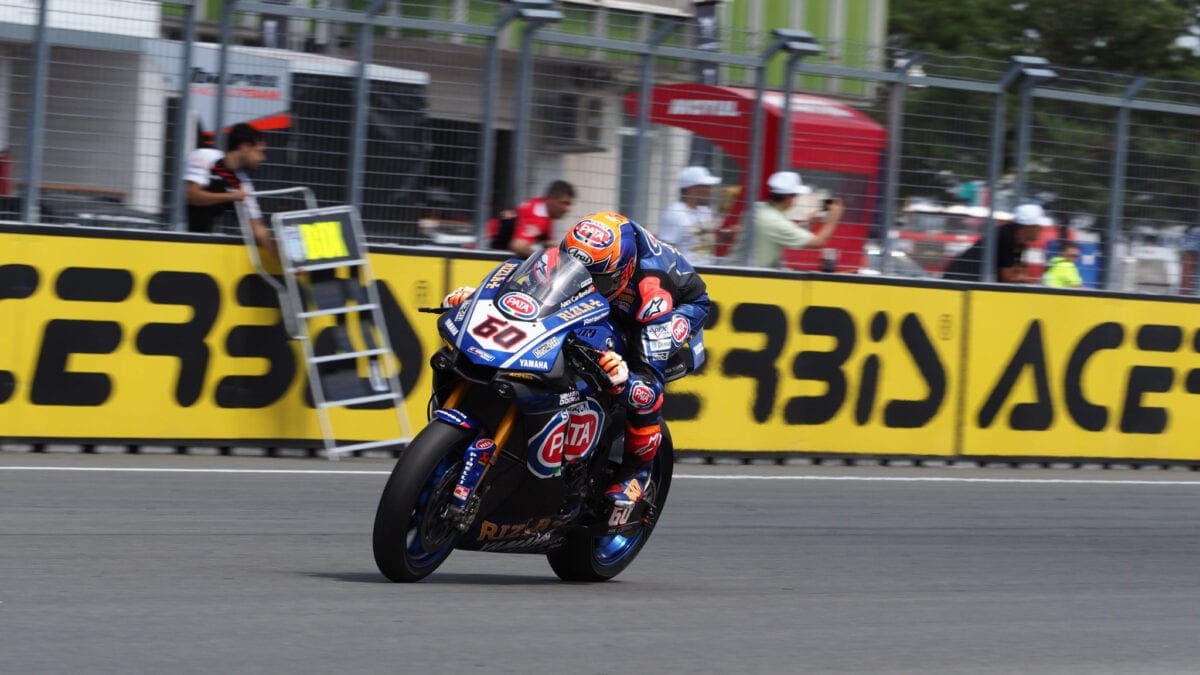 The front row all kept their positions at the start, with van der Mark (Pata Yamaha Official WorldSBK Team) holding off his teammate through the first corners. Lowes’ would make his move into the race lead the following lap however, gaining the inside line at turn 1. Meanwhile, Marco Melandri (Aruba.it Racing – Ducati) climbed all the way from eighth on the grid to third by lap 2, and past van der Mark a few turns later.
The next couple of laps saw three dramatic, almost unbelievable twists. First, championship leader Jonathan Rea went down at turn 12, apparently after coming in contact with teammate Tom Sykes (Kawasaki Racing Team WorldSBK). The Northern Irish rider couldn’t make it back on track, retiring for the first time this season. If yesterday his lead seemed almost unsurmountable, after Sunday there was more than a glimmer of hope.
Next, Marco Melandri, having just passed Lowes for the race lead, couldn’t control his Ducati barely a couple of turns later and rode through the gravel, immediately dropping the Italian to the back of the field and denying Melandri a return to the top of the rostrum when he was the fastest man on track. And then Sykes slipped in lap 6, leaving all of yesterday’s podium off the rostrum in Race 2. In four seasons together, never had both British KRT riders left a race empty-handed. At least Melandri managed to scrape a point in fifteenth.
A dozen laps left, the stage was thus set for a Yamaha battle to the end, as Chaz Davies (Aruba.it Racing – Ducati), in third, was unable to match the pair’s pace. But this time, unlike when he led at Donington, Lowes’ YZF-R1 did not drop off in the final third: a smart, consistent and overall flawless ride by the Brit kept him ahead of his Dutch teammate all the way to the checkered flag with two seconds to spare. The man from Lincolnshire made his debut at Brno in 2011 – seven years on, he can finally call himself a WorldSBK winner.
With van der Mark claiming another podium finish in second, the Dutchman moves into third in the championship standings, above Sykes; while Davies, an excellent third at Brno considering the issues that have plagued his weekend on the Panigale, cut Rea’s lead to 65 points. 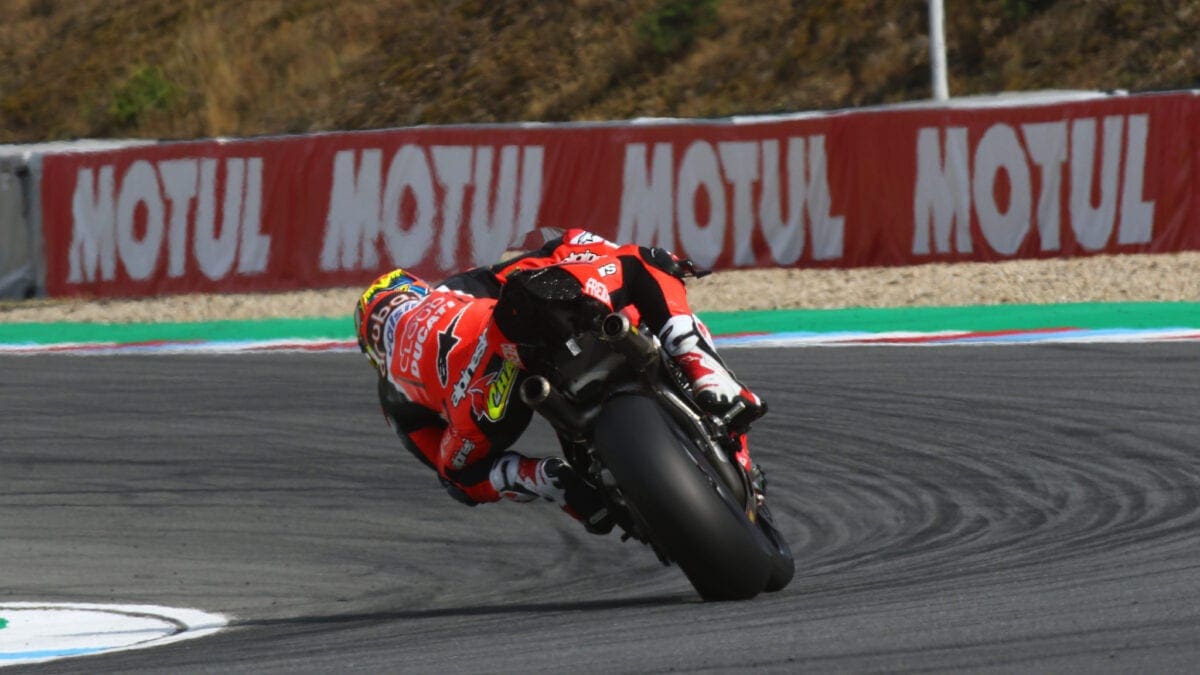 Behind them rostrum riders, Eugene Laverty (Milwaukee Aprilia) took fourth, his best result of the campaign, with his teammate Lorenzo Savadori (Milwaukee Aprilia) also a season-best in fifth. More good results for the Italian manufacturer, adding their bikes to the long list of podium contenders this season.
Michael Ruben Rinaldi (Aruba.it Racing – Junior Team) had a career-best of 6th at Brno, rising from eleventh on the grid in just his tenth WorldSBK race. He finishes above Leon Camier (Red Bull Honda World Superbike Team), in seventh. Xavi Fores (Barni Racing Team) returned to the top-ten in eighth, with Toprak Razgatlioglu (Kawasaki Puccetti Racing) in ninth, and Román Ramos (Team GoEleven Kawasaki) tenth.
WorldSBK is back in two weeks from Laguna Seca, a special circuit with some of the best sections of the championship.