Harley-Davidson set to move some of its production out of the U.S. (because of E.U. tariffs)

In an attempt to mitigate the impact of a widening trade dispute between the U.S and Europe (well, actually, the U.S. and everywhere else), Harley-Davidson has confirmed it plans to move some of its manufacturing outside of the United States. 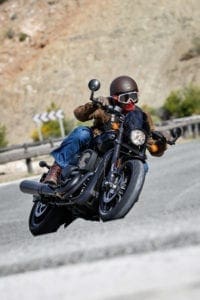 Harley-Davidson confirmed that it was shifting some of the production of its motorcycles outside the United States, in an attempt to avoid European Union tariffs imposed as part of a widening trade dispute. In fact, Harley-Davidson confirmed that European Union tariffs on its motorcycles had increased to 31 percent, from 6 percent – and estimated that the higher tariffs would add about $2,200 on average to every motorcycle exported from the United States to the bloc.

As a result, the Milwaukee based brand has said it would move the production of bikes bound for Europe outside of the United States. The company sold about 40,000 new motorbikes last year in Europe, equivalent to a sixth of its worldwide sales, making the region its most important market after its home country. 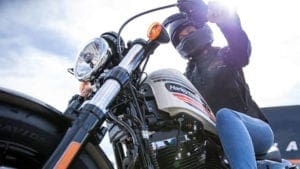 In the filing from Harley-Davidson, it says: “Harley-Davidson believes the tremendous cost increase, if passed onto its dealers and retail customers, would have an immediate and lasting detrimental impact to its business in the region, reducing customer access to Harley-Davidson products and negatively impacting the sustainability of its dealers’ businesses.,”

H-D has said it’ll give more details on the move next month – but it’s not a massive departure for Harley, who’ve been moving some of its production overseas for years.