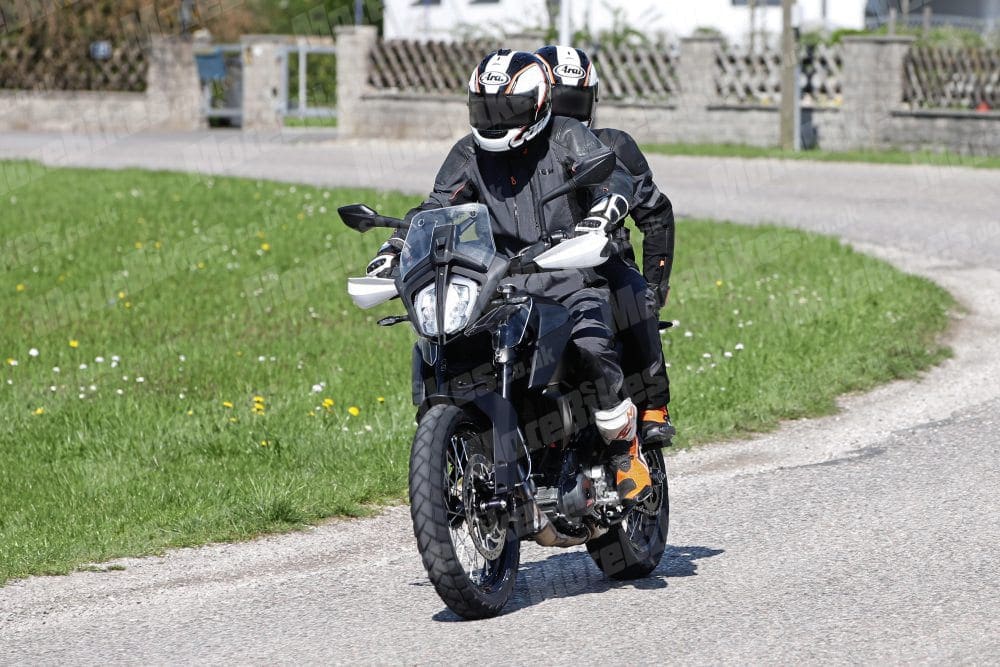 We’ve brought you pictures of the 2019 KTM 390 Adventure undergoing testing before, and to be honest these latest photos from our man in the bushes don’t really show us that much which is new. Other than how much room there is for a pillion (and, in turn, that gives us a good idea of the overall size of the motorcycle in question). 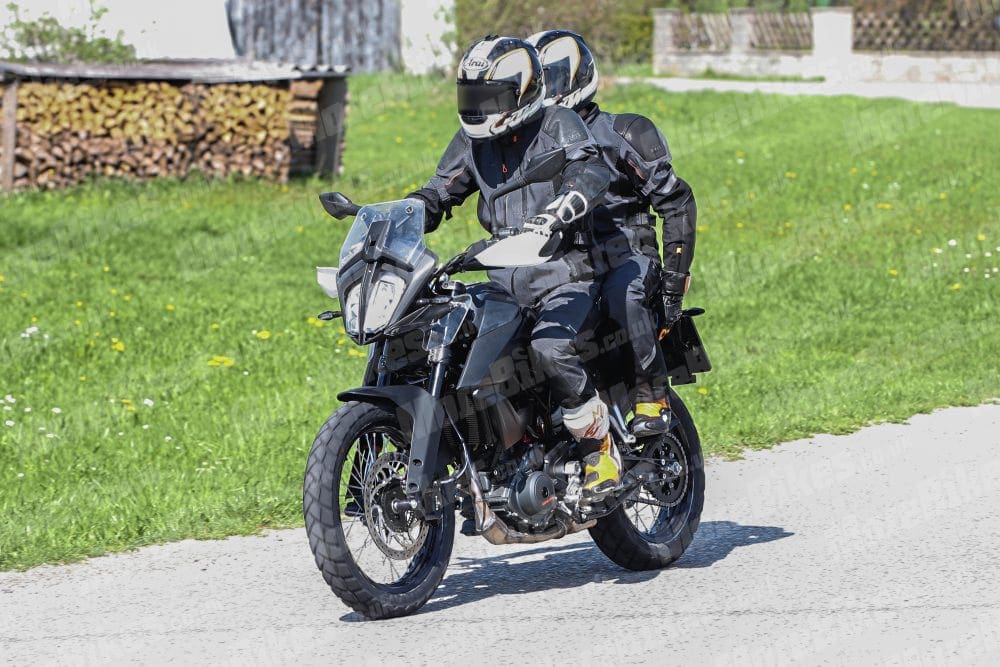 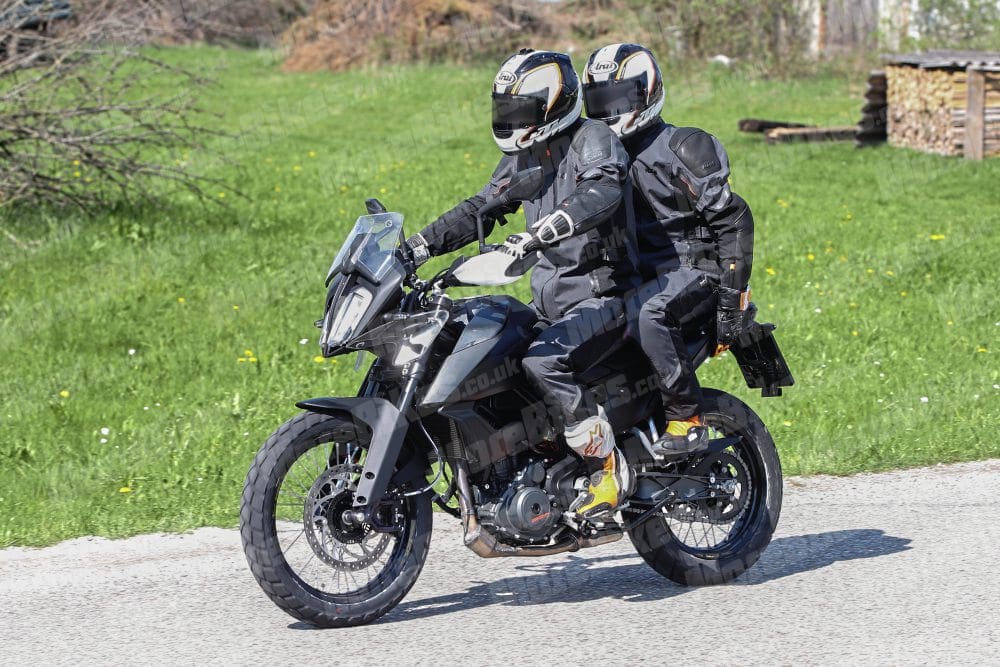 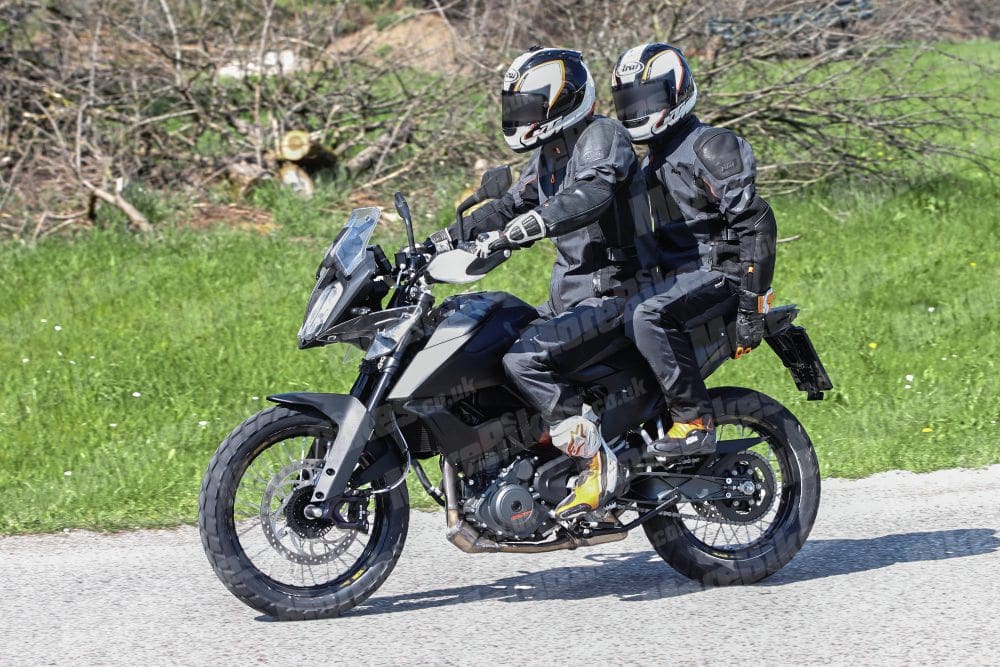 Our exclusive spy shots are two separate versions of the new motorcycle, one kitted with after-market KTM engine bars and substantial luggage rack including big pillion grab handles and one basic version with none of the extra bits bolted on. 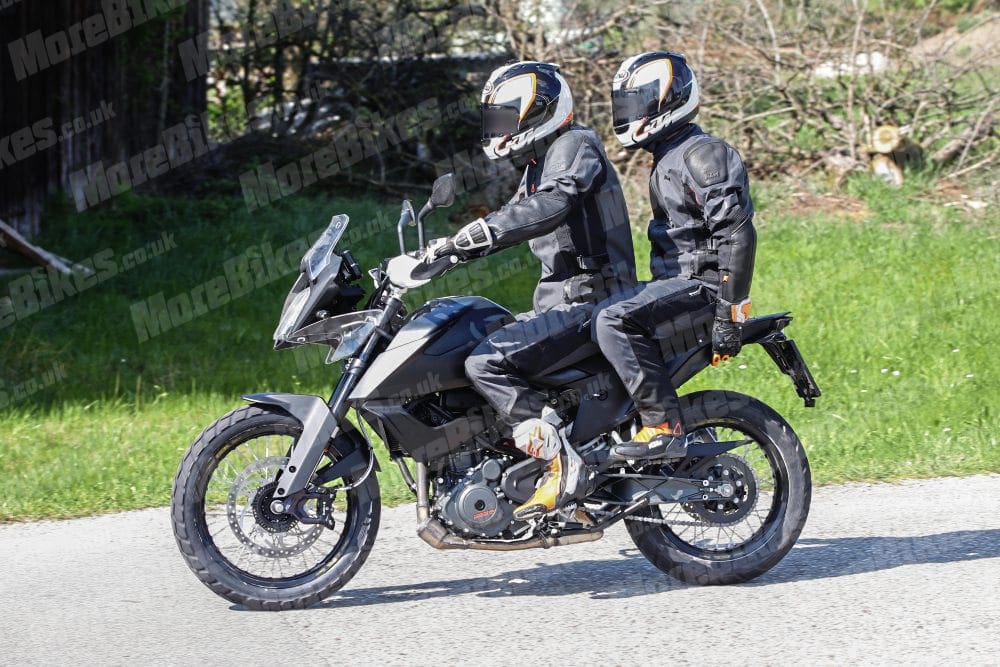 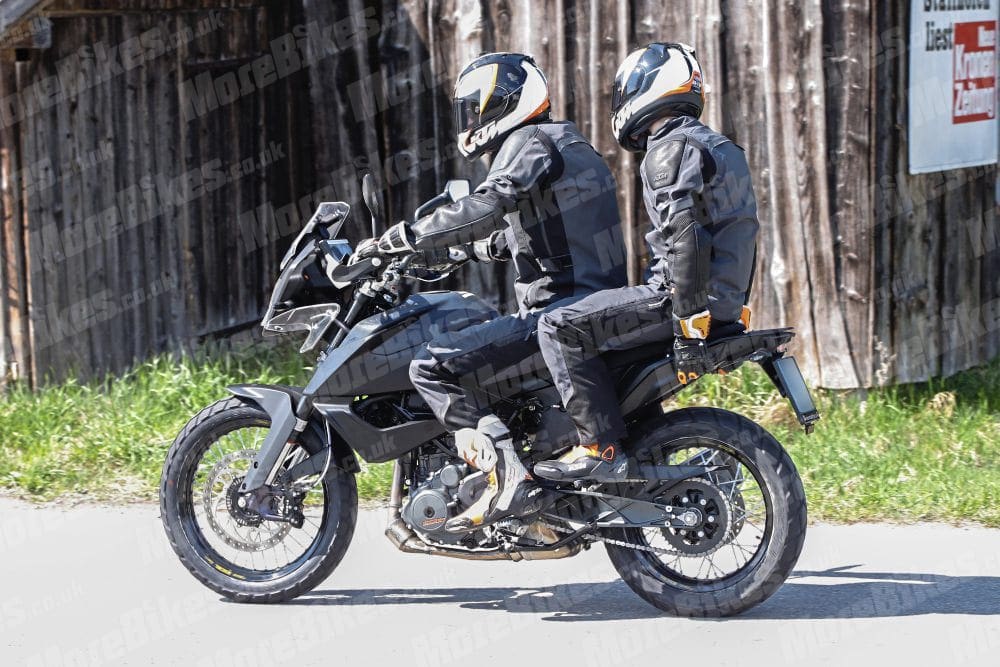 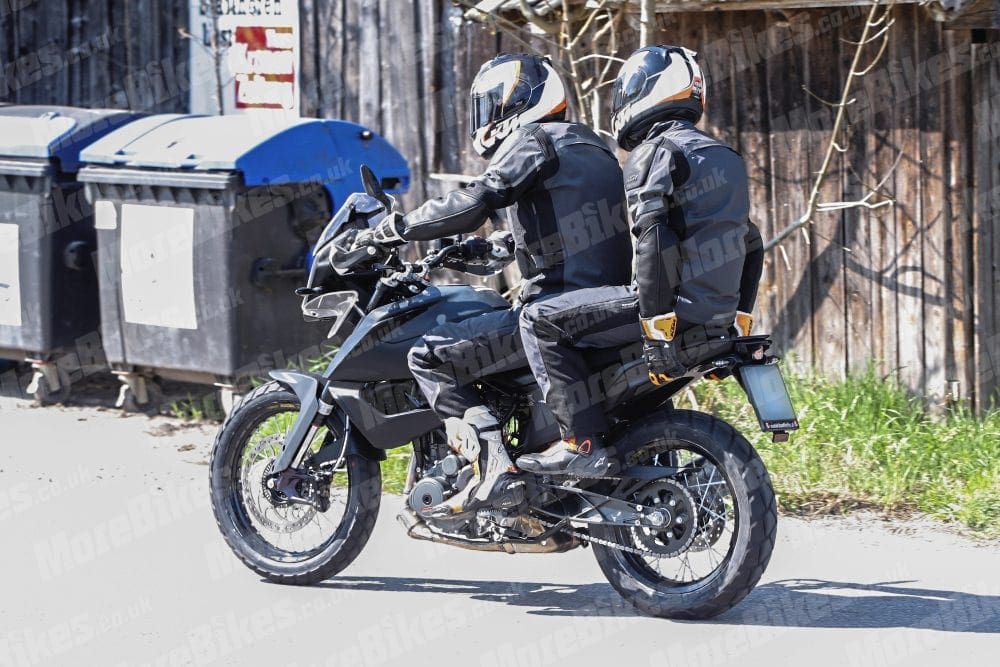 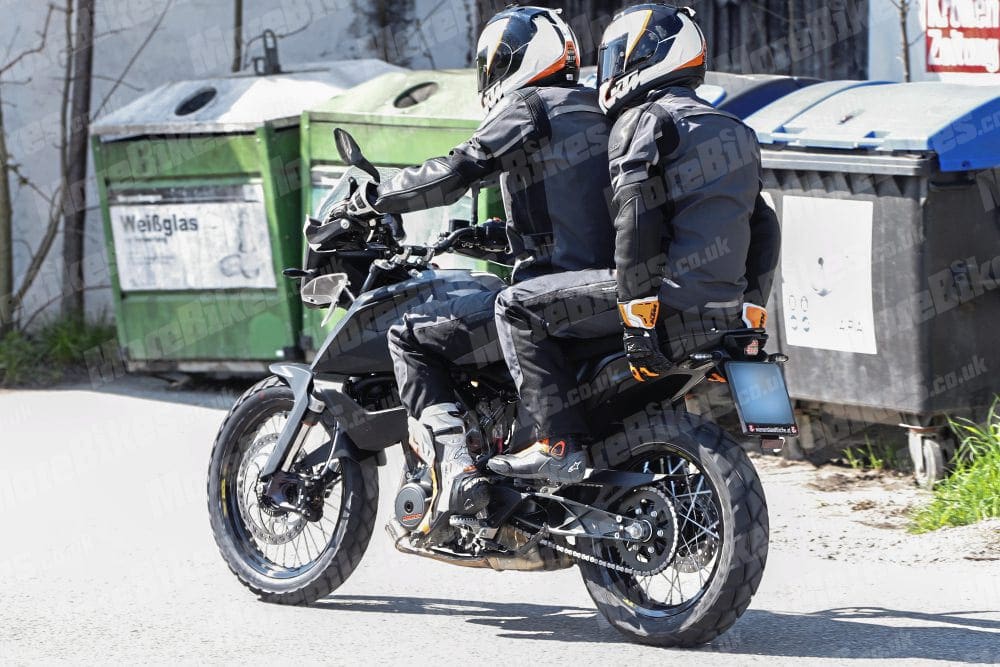 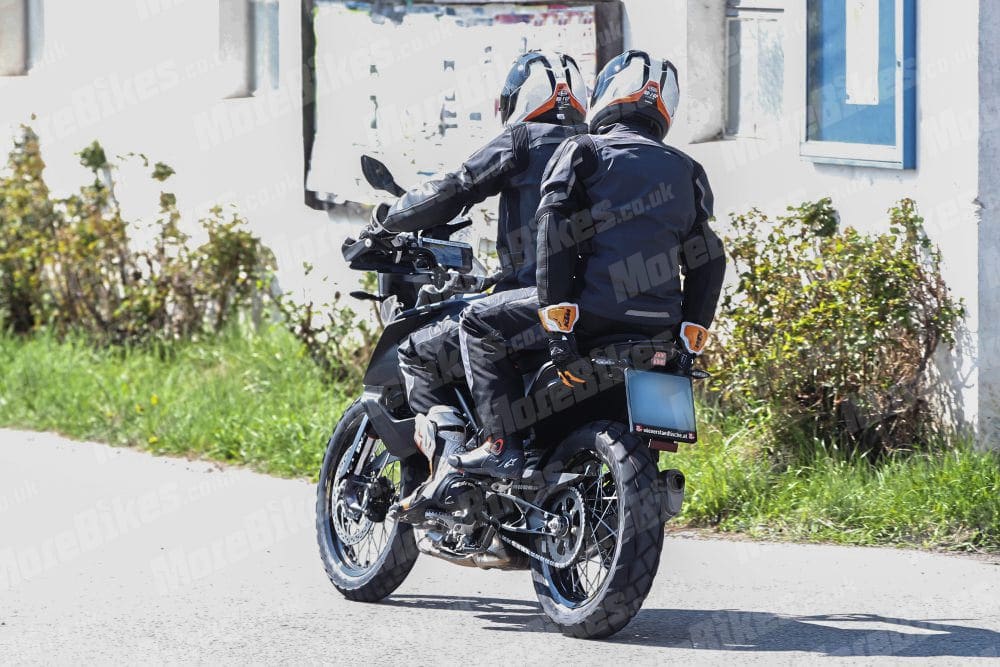 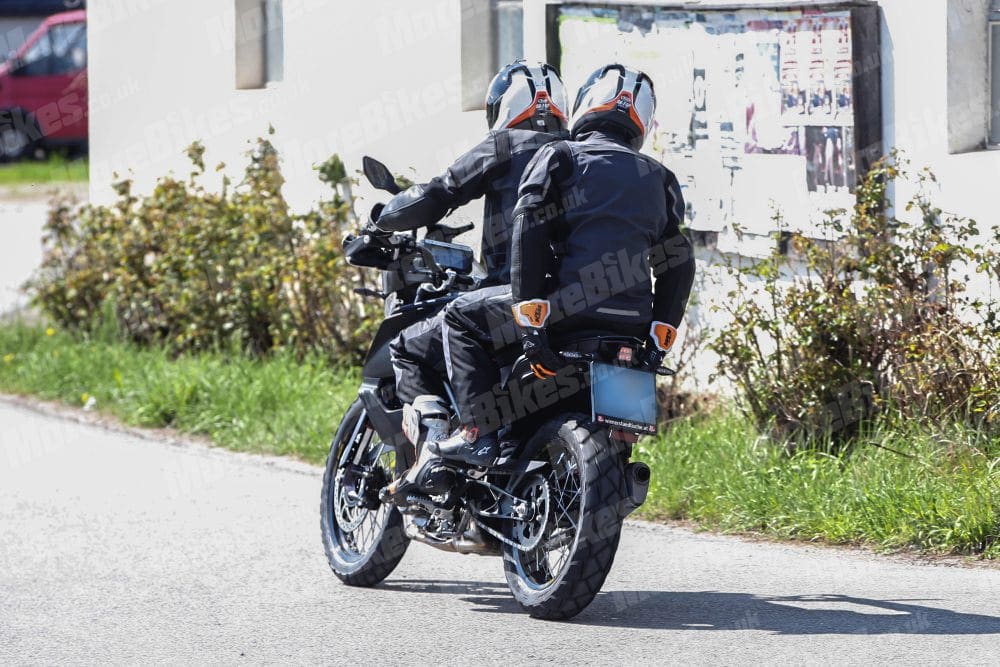 The lesser-spec bike is the one with the pillion on the back. On both we can see the 390 Duke-esque bodywork, extended travel forks and more upright riding position. The motorcycle also gets a small screen and familiar KTM wind-deflecting see-through bodywork parts mounted under the headlight. Both versions of the bike snapped are running with snazzy handguards too. 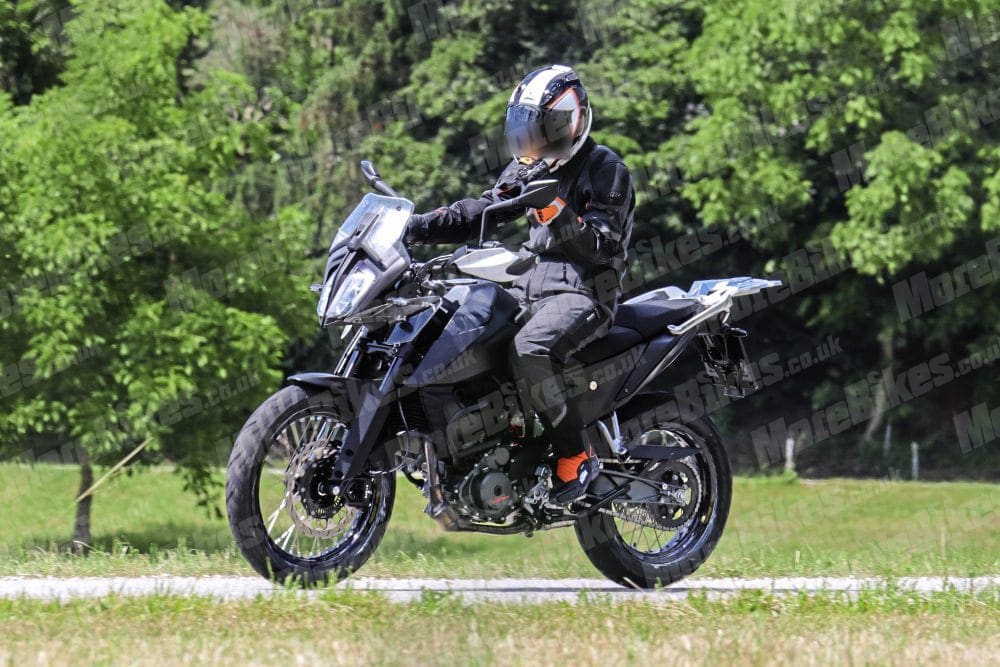 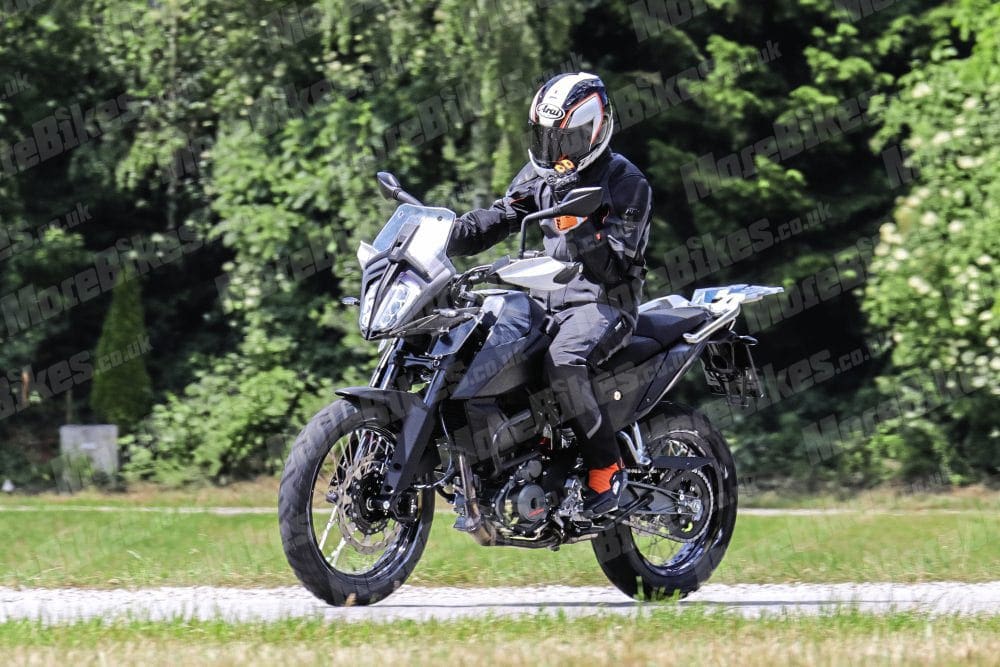 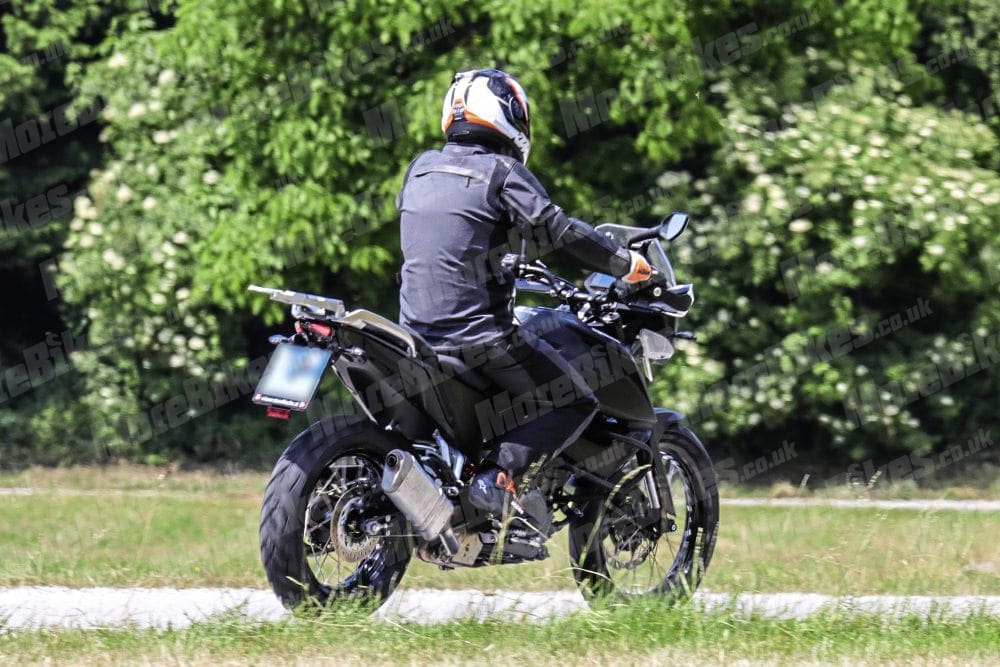 Powered by the same 373cc liquid-cooled single cylinder motor as the Austrian firm’s 390 Duke naked roadster, the bike shares many chassis and suspension parts with the donor bike. Expect it to make around 44bhp when the Adventure version goes on sale early next year. 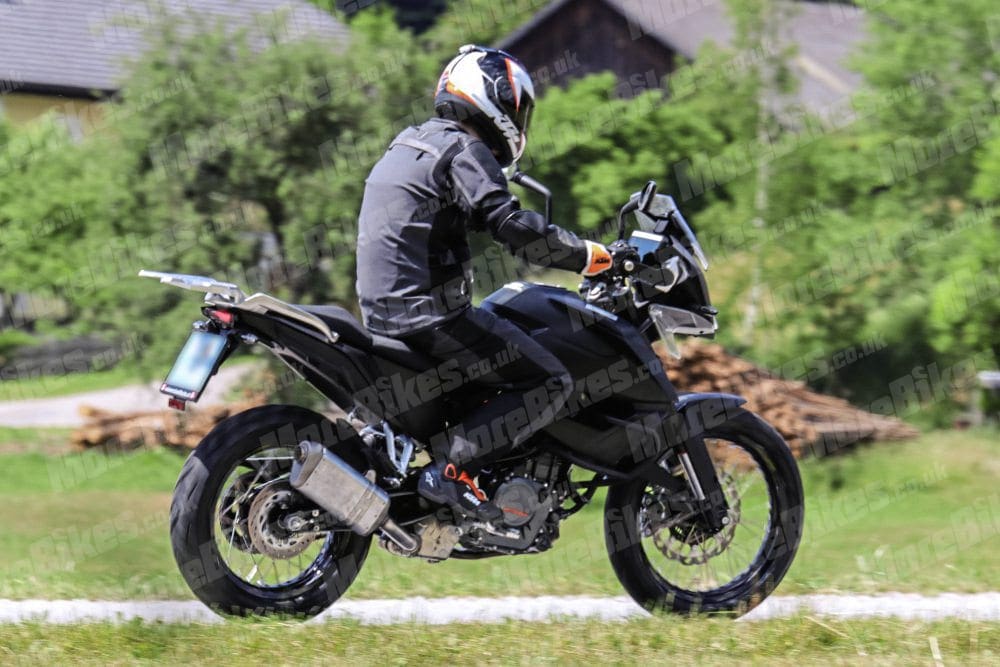 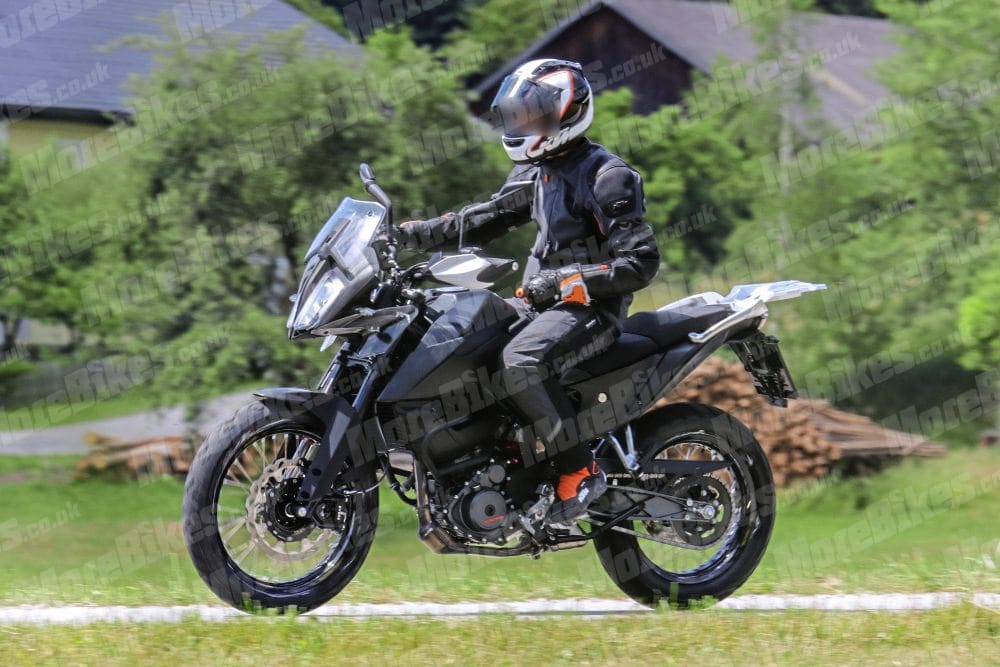