MotoGP: All change: Viñales leads Iannone and Petrucci in FP2 at Assen

Yamaha strike back on Friday at the Motul TT Assen, with the Spaniard leading Iannone’s Suzuki after FP2

After two weekends ruled by one man, the timesheets have had a shake up once again at the Motul TT Assen – with Maverick Viñales (Movistar Yamaha MotoGP) taking to the top late in FP2 to go fastest on Friday, 0.121 seconds ahead of Andrea Iannone (Team Suzuki Ecstar). After reigning Champion and Championship leader Marc Marquez (Repsol Honda Team) went quickest in FP1, it was all change in the afternoon as the number 93 was eighth fastest.

Under sunny – and scorching – skies at the TT Circuit Assen, the two men who fought for the 2017 win dueled it out for third, with Danilo Petrucci (Alma Pramac Racing) just 0.015 ahead of compatriot Valentino Rossi (Movistar Yamaha MotoGP) by the end of action. ‘Petrux’ was also top Independent Team rider on Day 1 on his Ducati, with fastest Honda and fellow Independent Team rider Cal Crutchlow (LCR Honda Castrol) locking out the top five.

After the swing of momentum of late in the Ducati Team, Andrea Dovizioso will be happy to have edged out teammate Jorge Lorenzo on the combined timesheets, with ‘DesmoDovi’ taking P6 and Lorenzo just behind in P7 – despite a rare crash for the ‘Spartan’ sustained in FP1. The two were split by almost nothing, with a difference of only 0.011 and both just ahead of Marquez in eighth. Marquez also suffered a few moments and twitches in FP2 but no crash, not focusing on a fast lap. 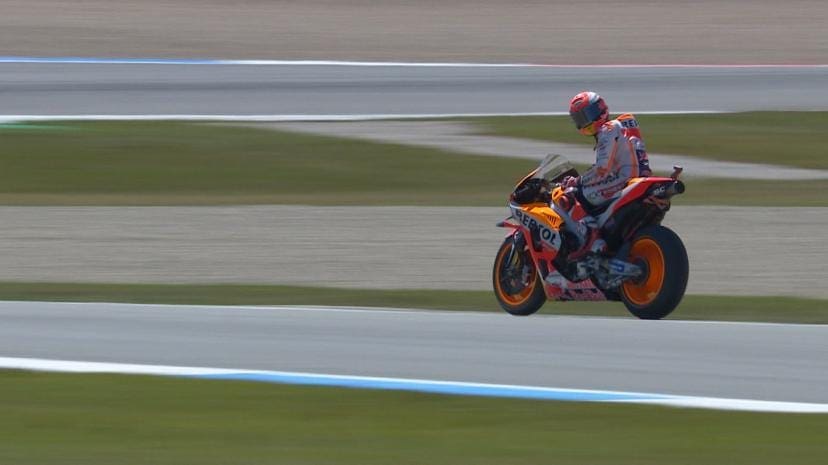 Alex Rins (Team Suzuki Ecstar) was back on song on Friday at the Dutch GP after a more difficult home race at the Circuit de Barcelona-Catalunya, making it two Hamamatsu factory machines on for provisional Q2 graduation as the Spaniard took ninth – and only 0.006 off reigning Champion Marquez. Johann Zarco (Monster Yamaha Tech 3), who crashed in the afternoon – rider ok, locked out the top ten as the Frenchman continues his search for his earlier season momentum.

Jack Miller (Alma Pramac Racing) was another big name who, like Pedrosa, stands to lose out on automatic graduation to Q2 if he can’t improve in FP3, with the Australian having been P4 in FP1 before only going thousandths faster in the afternoon. He ended the day in P16. 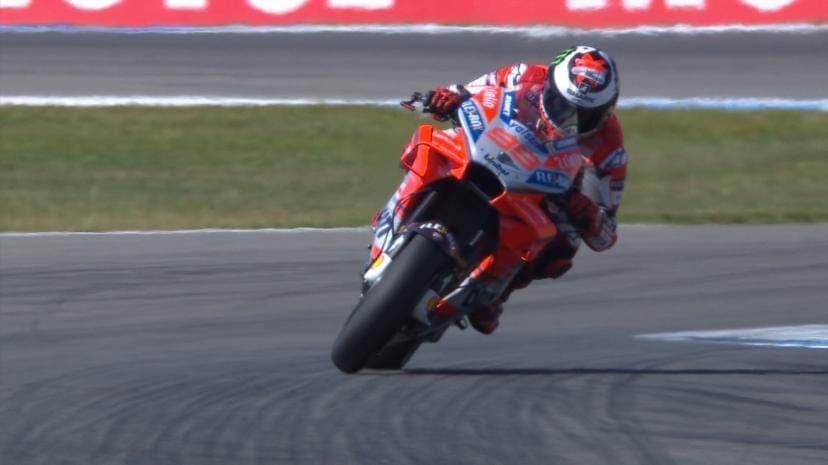 Lucky for the likes of Miller and Pedrosa, Friday was a sunny one and it doesn’t look set to change despite the reputation of the TT Circuit Assen for rain. 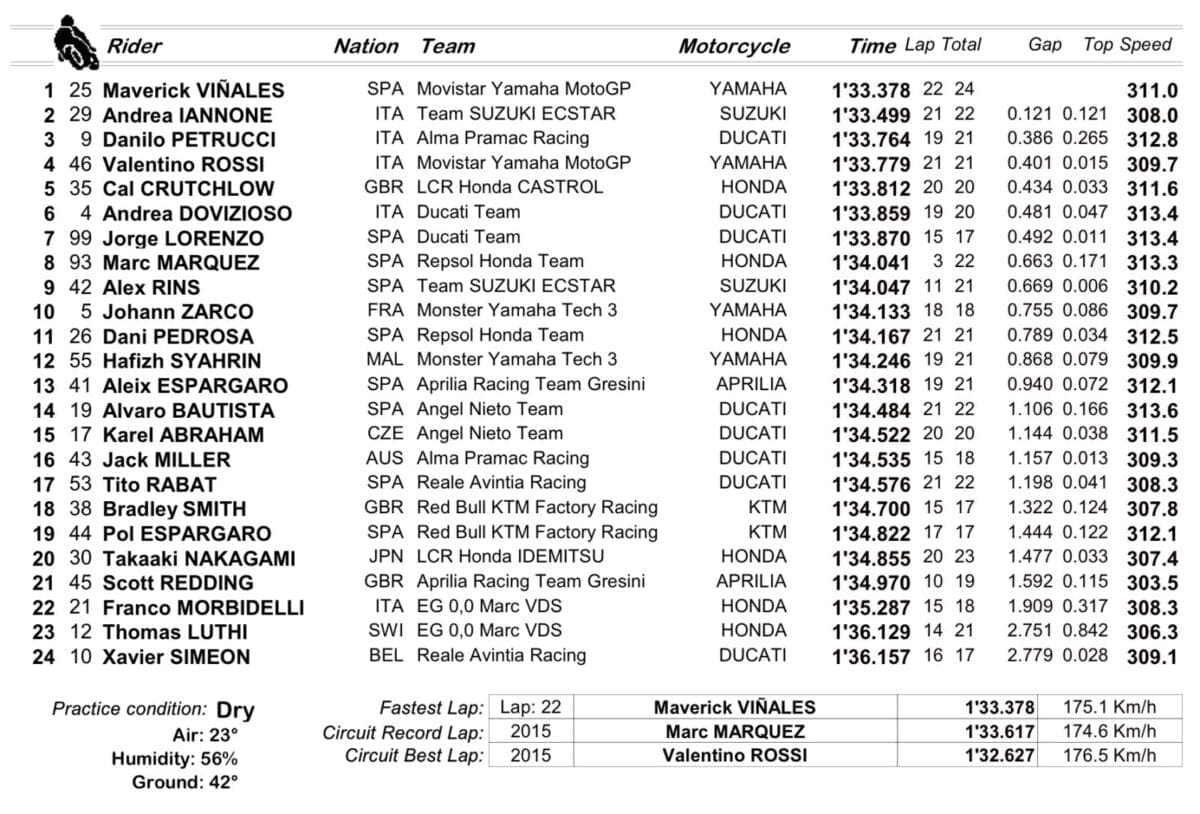