MotoGP: Showtime: Marquez wins a true clash of the titans at Assen

Few races are written immediately into the history books as the flag flies at the finish line, but the 2018 Dutch GP will be one of them. It was Marc Marquez (Repsol Honda Team) who emerged from the melee to take the win on the Championship’s 70th visit to the track, but the headlines were stolen somewhat as the TT Circuit Assen hosted a showcase of the best of MotoGP starring Marquez, Valentino Rossi (Movistar Yamaha MotoGP), teammate Maverick Viñales, Andrea Dovizioso (Ducati Team), teammate Jorge Lorenzo, Alex Rins (Team Suzuki Ecstar) and Cal Crutchlow (LCR Honda Castrol). And those on the podium at the end – Marquez, Rins and Viñales – fought to the top in the closest top fifteen of all time.

Marquez took the holeshot from pole, with Crutchlow initially on his tail from second on the grid until Lorenzo pushed through. The number 99 sliced through to P2 from tenth on the grid after another awe-inspiring launch. The Italian and Catalan GP winner didn’t wait long to strike for the lead, either, attacking Marquez and the two side-by-side in a war of wills until Lorenzo edged ahead. Marquez hit back a lap later at Turn 15, before Lorenzo repaid the favour once more. The duel was the first of many; an early taste of what was to come. 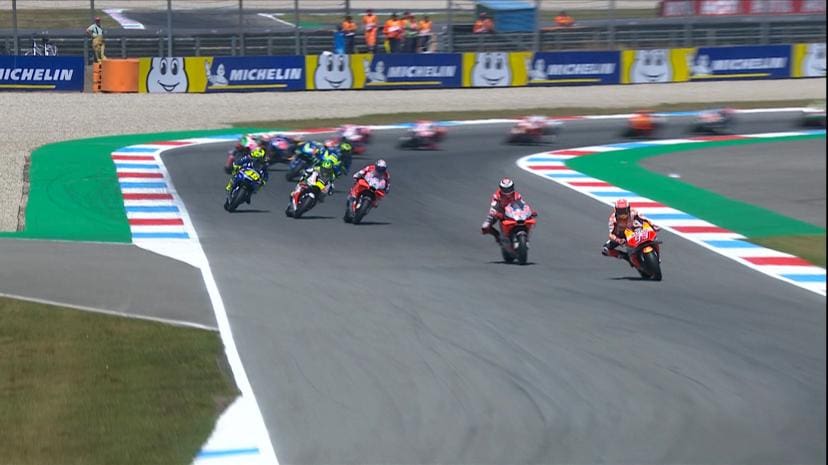 Rossi then made his first attack of the race at the final chicane, a first rehearsal, and set off after Lorenzo – with the Spaniard then suffering a moment soon after and Rossi smashing into the rear of the Ducati, unable to avoid him. But both stayed on and both stayed ahead, with Marquez, Dovizioso, Rins, Crutchlow and Viñales forming a train of riders fighting at the front.

Marquez took Rossi, Viñales took Crutchlow, Dovizioso took Rossi, Dovizioso took Marquez, Marquez struck back, Rins took Rossi and then Dovizioso…but Lorenzo held firm at the front. With eight riders within a second, from Lorenzo down to Johann Zarco (Monster Yamaha Tech 3) at the back of the train, the touch paper was well and truly lit on an absolute classic.

The war continued before another bout of bigger drama with 15 laps to go as Rins attacked Marquez and the two were only a hair’s breadth apart – no contact, but the reigning Champion suffered a big moment as he got back on the gas. That dropped him back off the lead, with Lorenzo chased by Rins and Dovizioso. 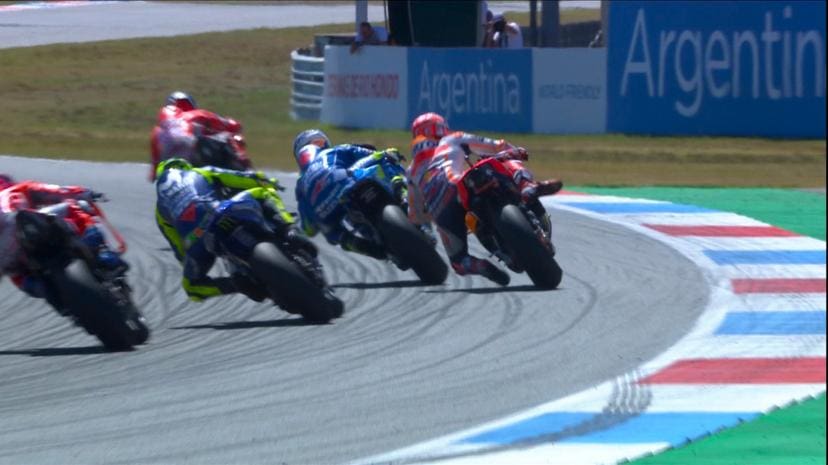 The Italian dueled his teammate for the lead soon after and Lorenzo began to drop back slightly, with Viñales then taking the lead for the first time with eight to go. Next time around Marquez had sliced back through into the lead, before the next lap saw both almost throw it all away as they dueled and both headed wide. Rossi took over – another stunner from the ‘Doctor’ at the final chicane – but ‘DesmoDovi’ took him back. 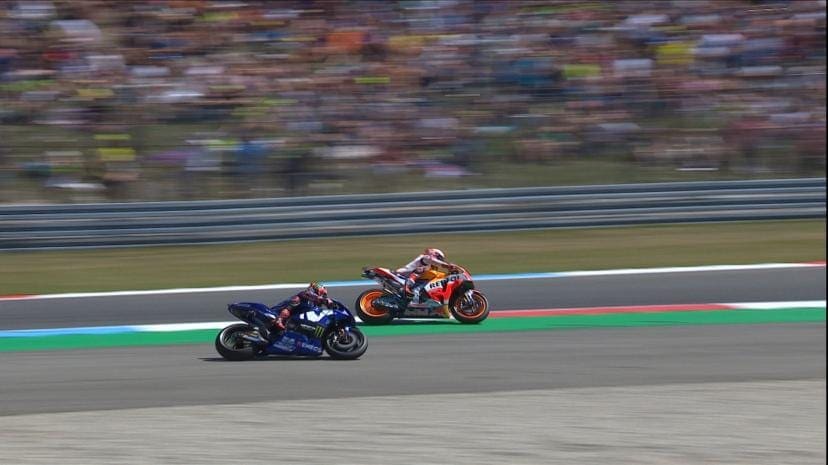 Four wide at times, Marquez made his way back into P1…and that was all she wrote, for the lead at least. After one of the closest, most spectacular races in the history of the world’s oldest motorsport Championship, the reigning Champion was able to pull clear to take a stunning fourth win of the year – and increase his points lead.

But the battle behind wasn’t over and Viñales had pushed through to second before a last lap attack from Rins – with the Suzuki rider taking his second ever premier class rostrum. Viñales was forced to settle for third but back on the podium for the first time since Texas…and the fight for fourth showed why Rossi had been rehearsing.

The ‘Doctor’ left it late but lunged up the inside of Dovizioso into the famous Geert Timmer chicane on the final lap, and he was ahead – but ‘DesmoDovi’ took him back on the exit, getting such a good exit that the number 04 was almost on a par with Viñales over the line.

Marquez, Rins, Viñales, Dovizioso and Rossi were followed home by Crutchlow and Lorenzo, with Zarco, Alvaro Bautista (Angel Nieto Team) and Andrea Iannone (Team Suzuki Ecstar) completing the top ten in one of the greatest races contested on two wheels. 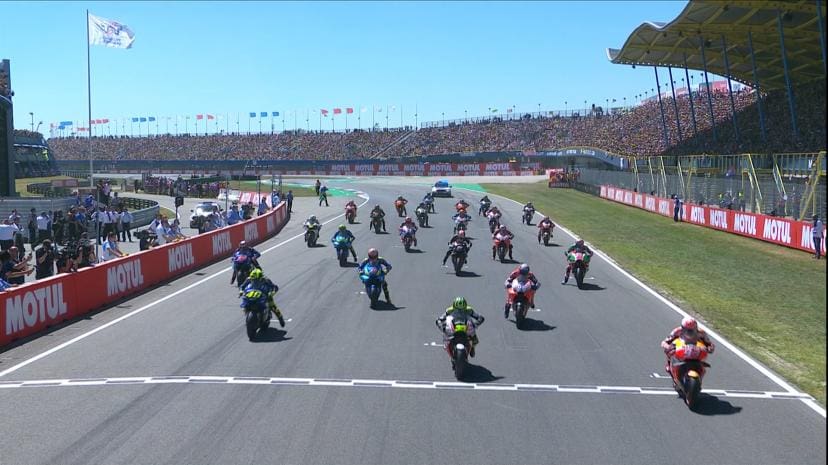