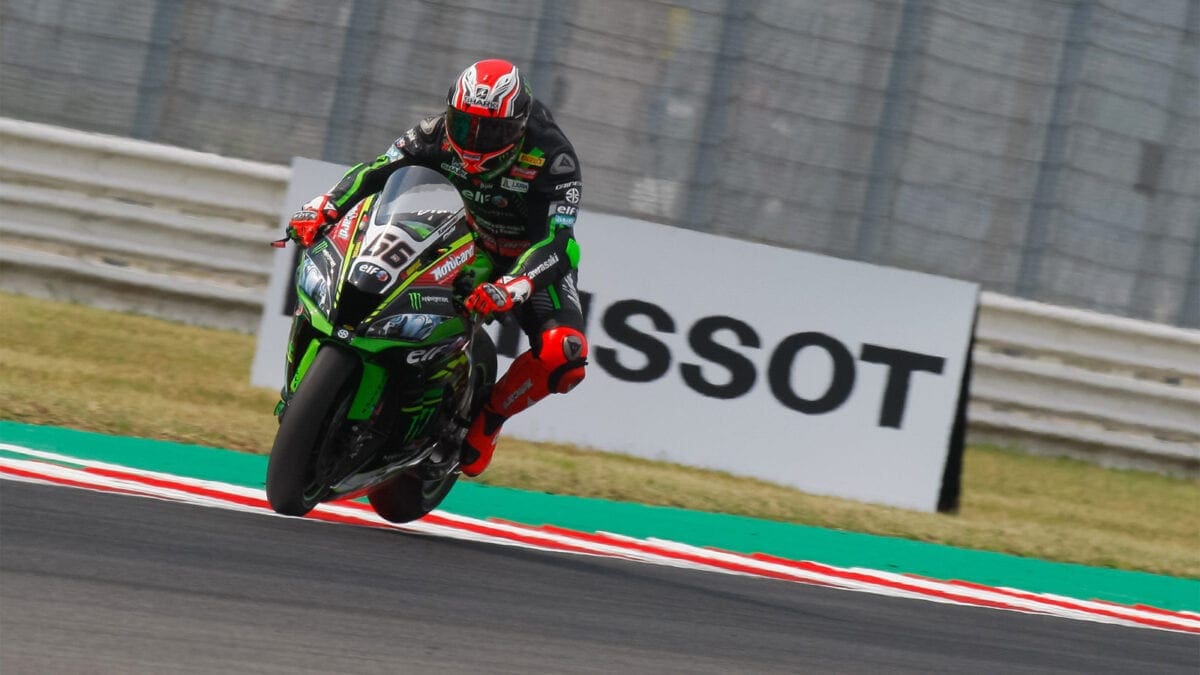 Tom Sykes (Kawasaki Racing Team WorldSBK) has extended his undisputed domination in qualifying at the Misano World Circuit Marco Simoncelli with his seventh consecutive Tissot Superpole in Rimini, the fourth of the MOTUL FIM Superbike World Championship season for the British rider.
Sykes snatched the pole from his teammate Jonathan Rea (Kawasaki Racing Team WorldSBK) in the final moments of the Superpole 2 session, also taking the overall Misano lap record. The man from Yorkshire had struggled through Friday, just making it into today’s second qualifying session by barely a few thousandths of a second after Free Practice, but on Saturday morning Sykes was again on top once the flag went down. It’s his third pole in four races, and the 46th of his career.
Rea had led most of the fifteen-minute session, but his one flying lap on the qualifying tyre was not enough to take a pole which has eluded the Northern Irish rider since Imola. He will however start from second. 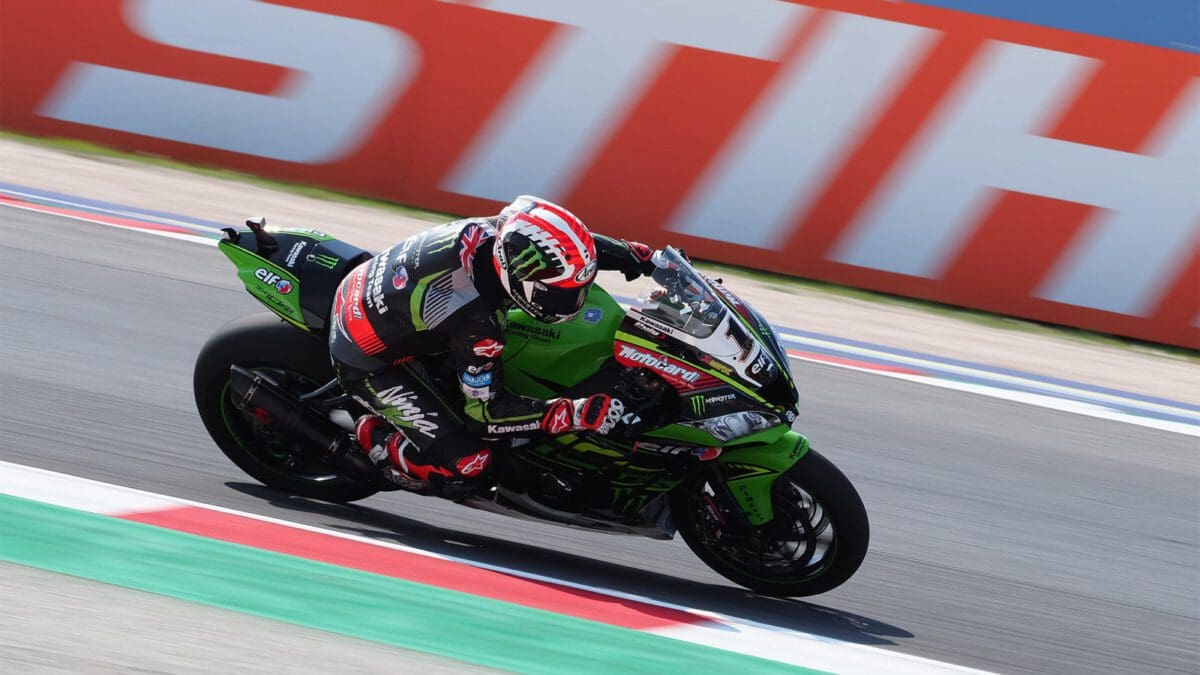 Eugene Laverty (Milwaukee Aprilia) completes the front row in today’s Race One after taking the third fastest time in qualifying, 0.641 seconds behind Sykes’ record time of 1’33.640. The Irishman will be elated by his return to row one, and should be in the battle for a second consecutive podium.
Row two will be headed by Xavi Fores (Barni Racing Team) in fourth. The Spaniard was not just the only independent rider qualified for Superpole 2, he also managed to place his Panigale above the two works bikes. An astonishing performance by Fores, who leads his line ahead of Lorenzo Savadori (Milwaukee Aprilia) in fifth, and Loris Baz (GULF ALTHEA BMW Racing Team) in sixth.
Precisely the two Aruba.it Ducati bikes will lead row three, with Chaz Davies (Aruba.it Racing – Ducati) squeezing ahead of home hero Marco Melandri (Aruba.it Racing – Ducati) for seventh place by just one thousandth of a second. They face an uphill battle today if the Italian manufacturer is to take a thirtieth win around Rimini. Jordi Torres (MV Agusta Reparto Corse) completes that third row in ninth, after qualifying through Superpole 1.
Leon Camier (Red Bull Honda World Superbike Team) took the fourth fastest time in qualifying, ahead of the two Yamaha machines of Michael van der Mark (Pata Yamaha Official WorldSBK Team) and Alex Lowes (Pata Yamaha Official WorldSBK Team). The Donington double-winner made it comfortably through the Superpole 1 but was unable to find a way into the top ten, and will start from eleventh. Lowes was on course for a much faster time on his first lap with the qualifying tyre, but a crash in the final sector leaves the Brit languishing down in twelfth. 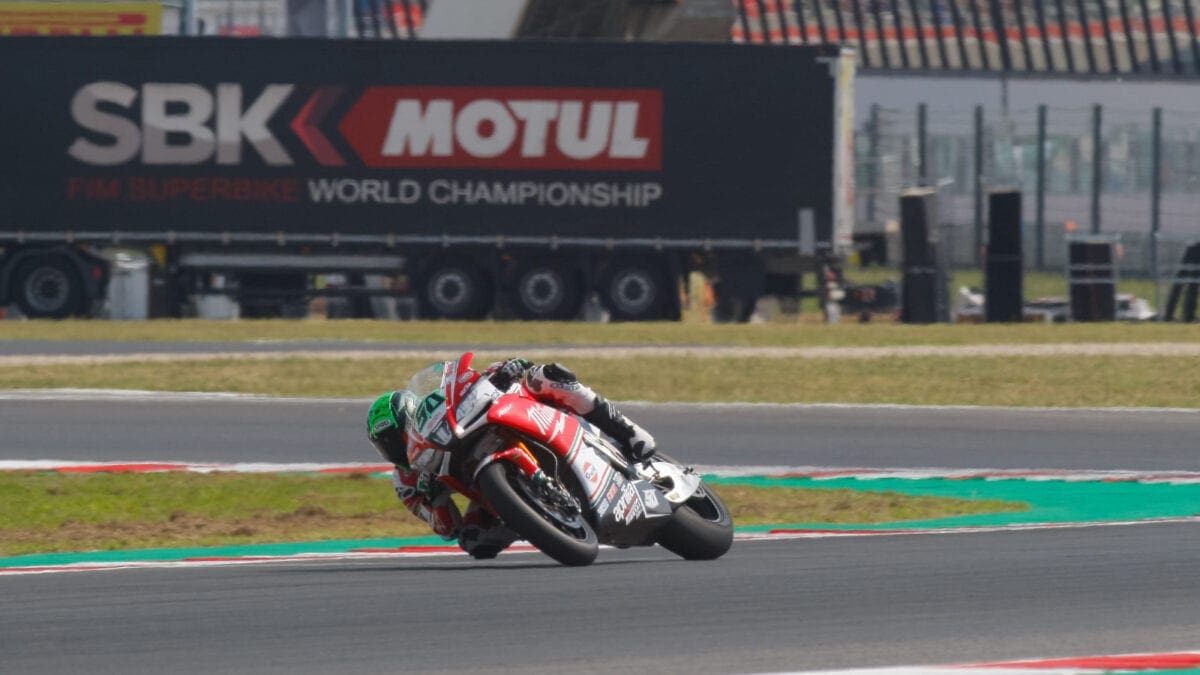