Third win on the trot for the Kawasaki rider, who extends his championship lead to 80 points. 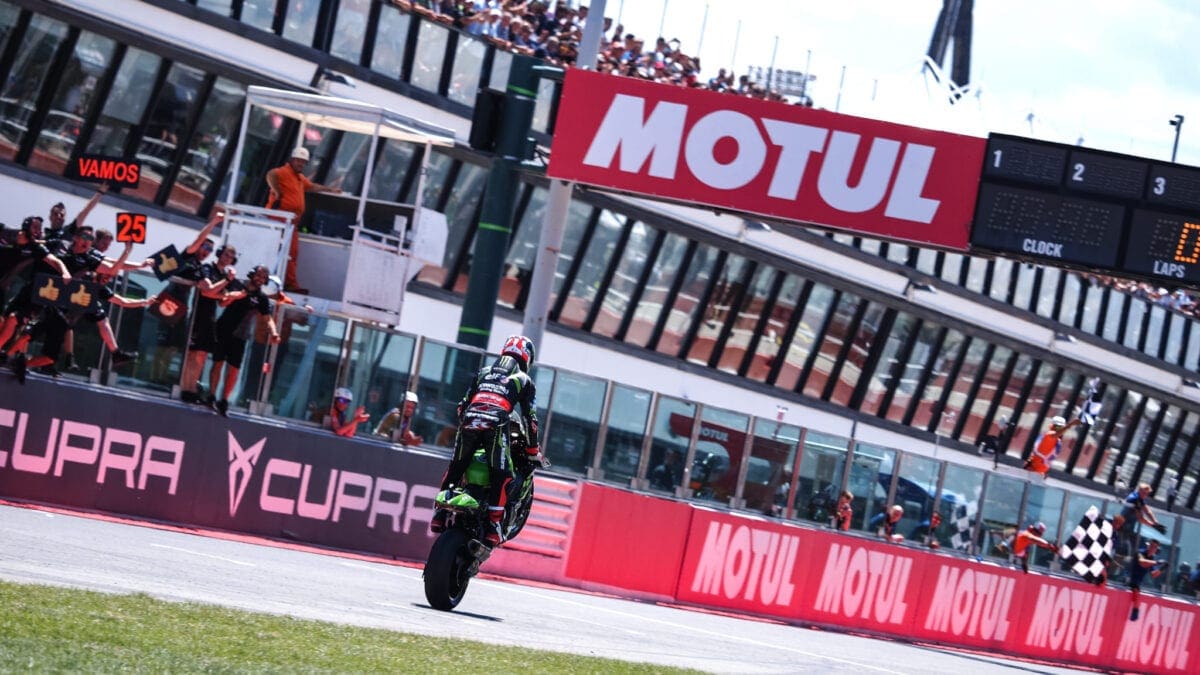 Jonathan Rea (Kawasaki Racing Team WorldSBK) had his Superpole snatched away from him at the last moment a couple of hours earlier, but that mattered little to the reigning champion by the time Race One rolled around. A fantastic start from the Kawasaki rider shot him ahead of Tom Sykes (Kawasaki Racing Team WorldSBK) at the lights, and with an open track ahead, Rea proved to be unbeatable once again. Chaz Davies (Aruba.it Racing – Ducati) in second and Eugene Laverty (Milwaukee Aprilia) in third completed the podium. 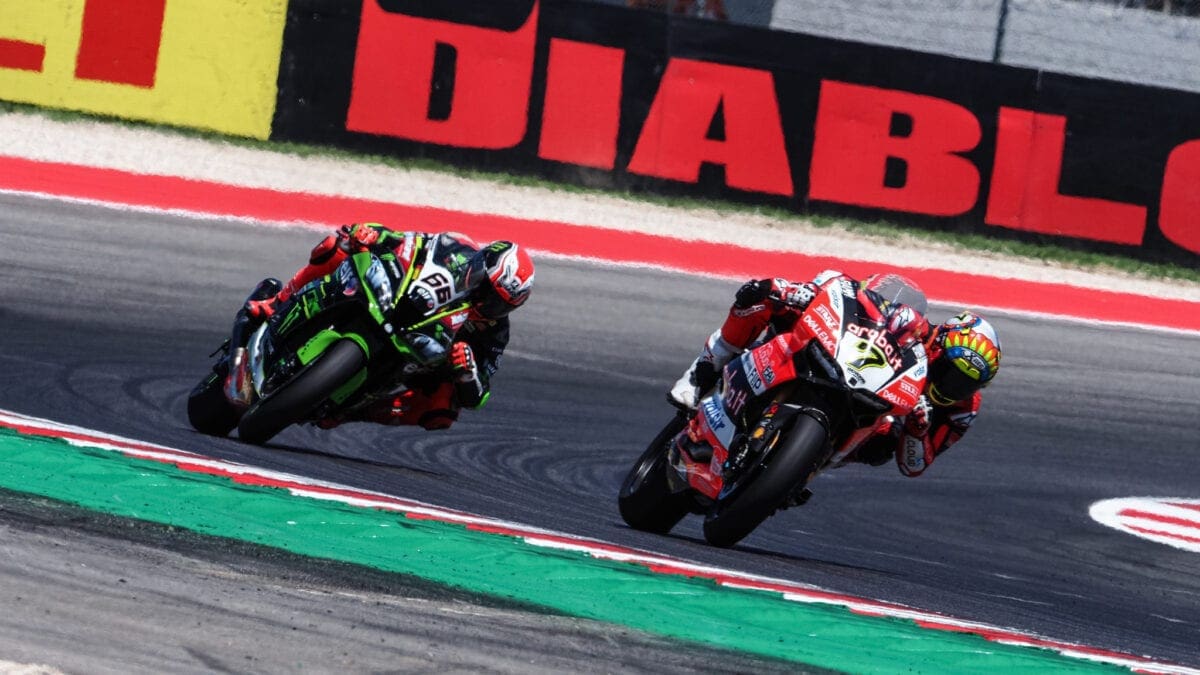 Rea was the only rider to make it into the 1’34s at the start of the race, opening a comfortable gap with the large group of pursuers. There was plenty movement behind inside the opening laps, with Laverty and Davies, who had blasted up the field at the lights from seventh on the grid, making quick work of Sykes, while Michael van der Mark (Pata Yamaha Official WorldSBK Team) also put his name in contention for a rostrum spot with a stunning start from eleventh.
With Rea flying away into the distance, Davies finally managed to catch the Aprilia by lap 16. Laverty went very wide going into Turn 16, a mistake that Davies welcomed going through the straight. It’s Davies’ third consecutive second position and yet another solid ride by the Welshman. 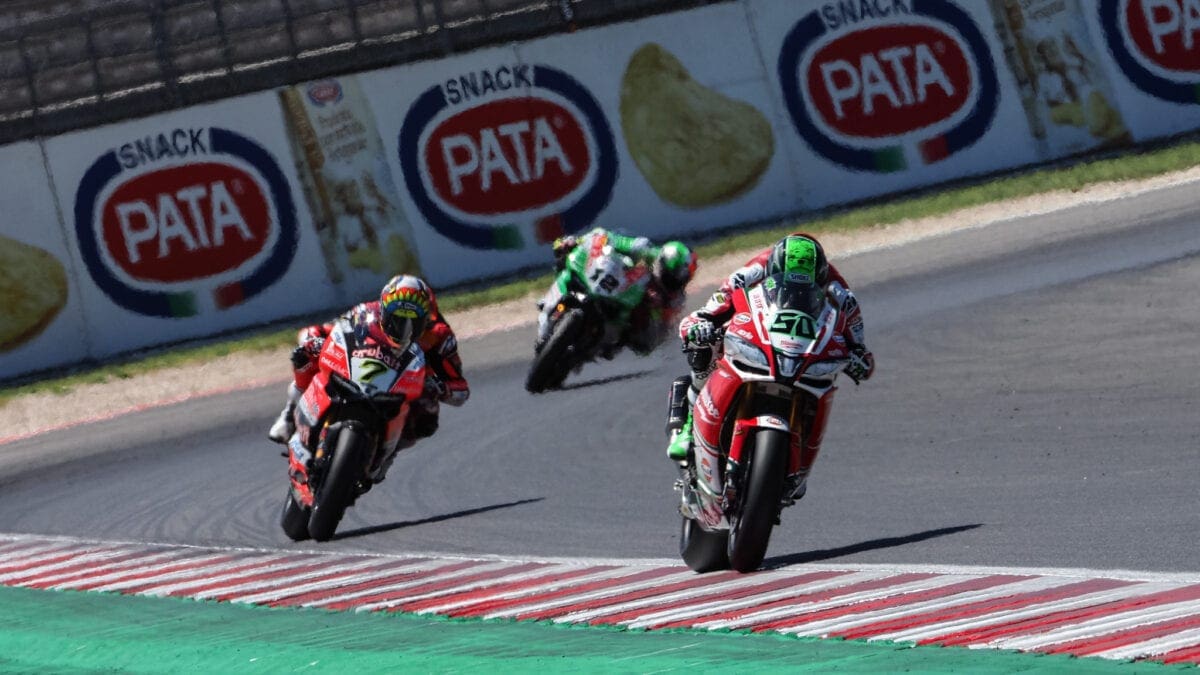 While his teammate’s Aprila RSV4 RF suffered from performance issues in the final third of the race, there were no such problems for Laverty, who takes his second consecutive podium. After four years without a WorldSBK top three finish, this time it has only taken the Irish rider two weeks to claim a return to the rostrum.
Van der Mark completed an excellent Race One with fourth position, less than five seconds off of Rea despite his row four start, and making it four manufacturers in the four top spots. He crossed the line ahead of Sykes and will start from pole tomorrow, with the Englishman only able to make it through in fifth after starting from the front of the grid.
Xavi Fores (Barni Racing Team), in special ‘tricolore’ livery for the Misano race, was the best independent rider in Race One, making his way to the line in sixth, ahead of the home duo of Marco Melandri (Aruba.it Racing – Ducati) in seventh and Lorenzo Savadori (Milwaukee Aprilia) in eighth.
Leon Camier (Red Bull Honda World Superbike Team) returned to the top ten after a disappointing US Round with ninth place on Saturday. Leandro Mercado (Orelac Racing Verdnatura) meanwhile scored only his fourth top ten finish of the season, coming in behind the Honda in tenth. Alex Lowes (Pata Yamaha Official WorldSBK Team), who was until today the sole rider to score points in every race of 2018, crashed twice and was unable to finish. 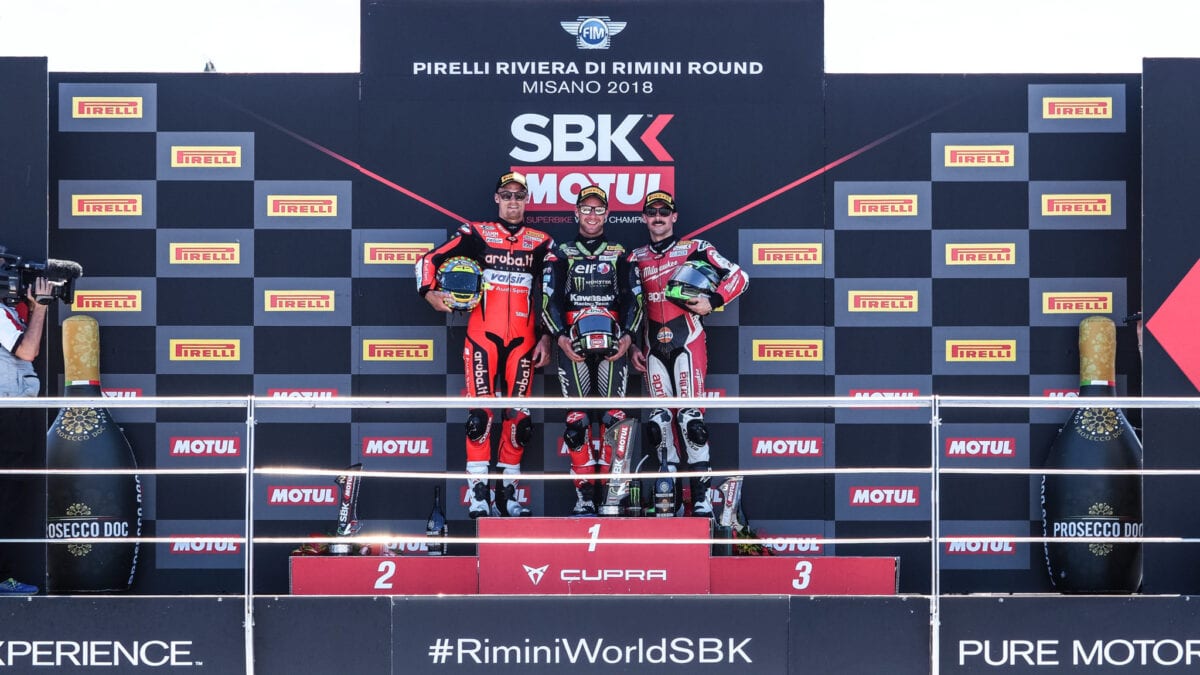