Leon Haslam won the second Bennetts British Superbike Championship race at Knockhill, hitting the lead when race one winner Jake Dixon had a huge moment, which he then fought to come back from in the closing stages of the race.

Dixon had hit the front of the pack on the opening lap from Danny Buchan, Bradley Ray, Haslam and Glenn Irwin, but soon Ray had pushed his Buildbase Suzuki into second place and was ready to fight for the lead.

Haslam had meanwhile moved up to third by lap four with a move on Buchan into the Hairpin and then he had Ray in his sights. However Ray was soon to come under fire and on lap 17 Haslam made his move with Buchan also making a pass to push the Buildbase Suzuki rider back two places in a single lap.

The Buildbase Suzuki star was later forced to retire into pitlane with a technical problem, shortly after Josh Brookes had also been sidelined on the McAMS Yamaha, putting him out of a potential top six finish.

At the front Dixon and Haslam were duelling for supremacy, trading blows with three moves within as many corners, but a huge moment cost Dixon; he dropped back behind the JG Speedfit Kawasaki and then tried everything possible to regain the ground over the closing laps.

Haslam held the advantage to the finish line ahead of Dixon by 0.215s with Buchan celebrating a double podium finish when he crossed the line in third place on the FS-3 Racing Kawasaki just ahead of Glenn Irwin.

The Tyco BMW battle continued into the second race with Michael Laverty again finishing ahead of Christian Iddon at the chequered flag with Richard Cooper holding off the challenges of Andrew Irwin for seventh place. James Ellison and Peter Hickman completed the top ten as the championship focus now moves to Brands Hatch for the next round of the season. 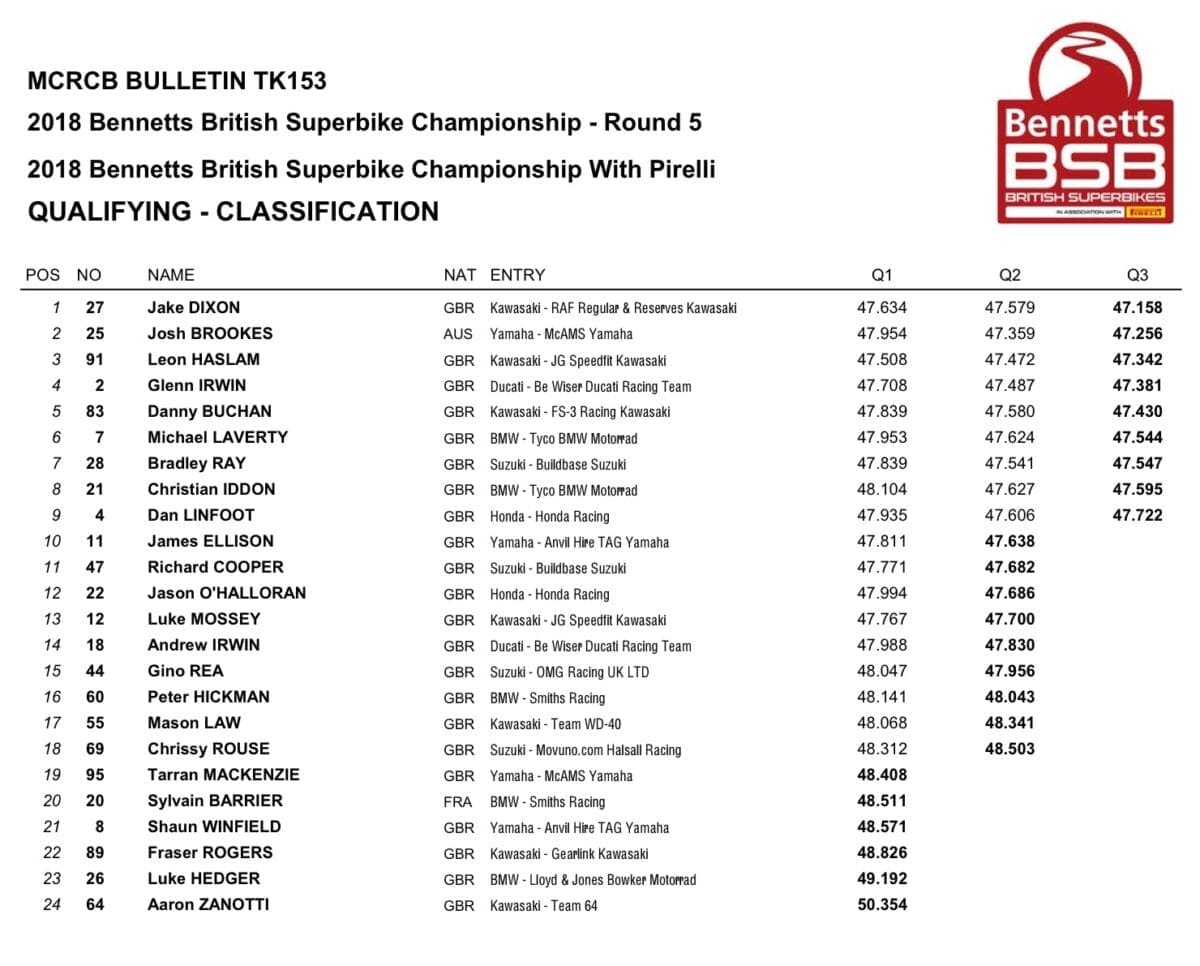