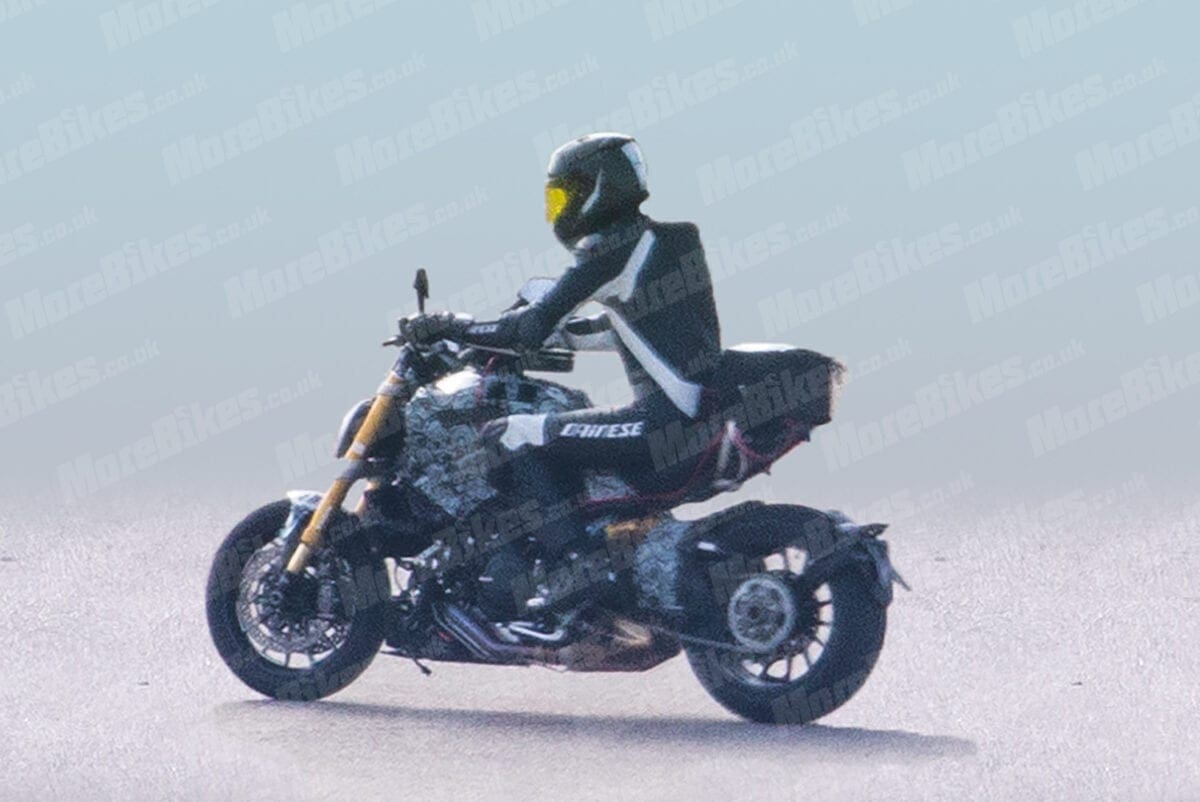 We first brought you these cracking spy shots last week (last Wednesday, to be exact) and we figured that we should show you them all again just in case you missed this stuff the first time around. It’s SIX great shots of a sportier, meaner version of the popular Italian motorcycle that’s currently undergoing secret test rides ahead of production.

The Diavel been a favourite of muscle bike fans (and some sportbike fans, to be honest) since it went on sale in 2011 and now the big Ducati bruiser cruiser is about to get a radically more sporty makeover for next year – and our brilliant spy snapper has been busy bagging these great photos. 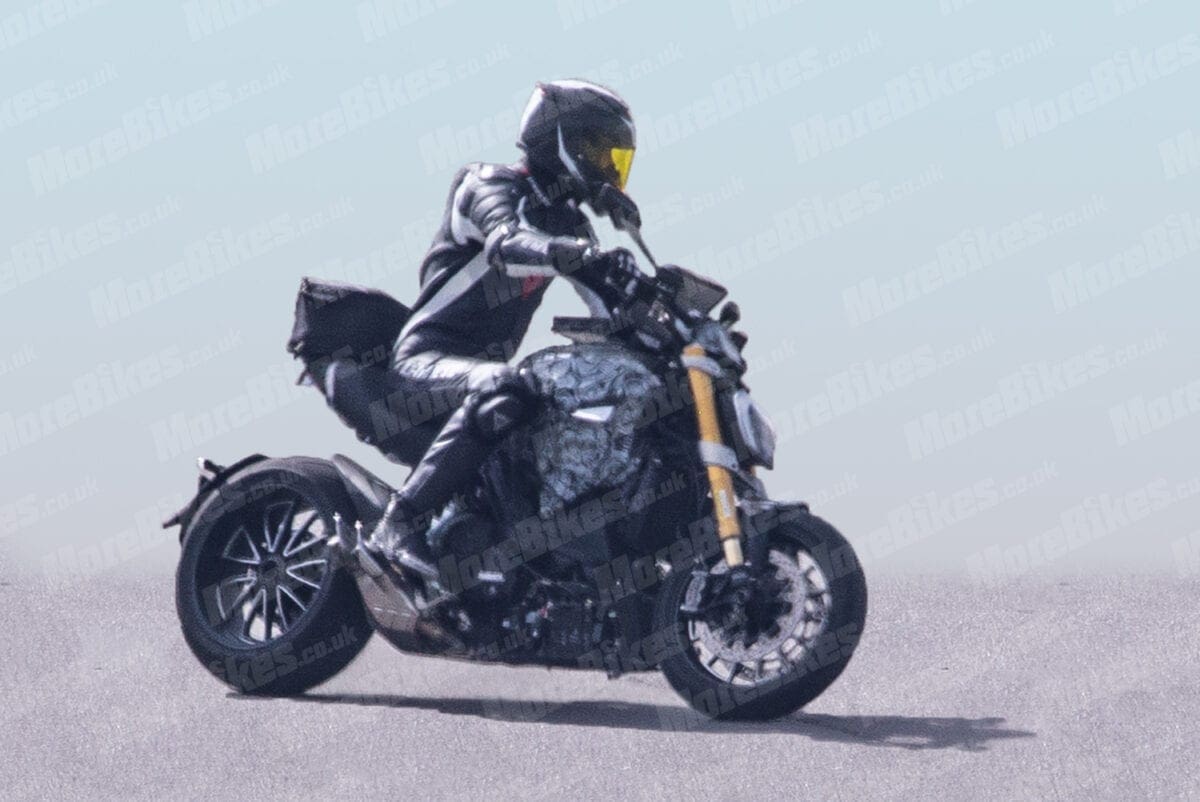 What we can see from the bike is that it gets the Ducati Panigale’s swingarm, it has a 1260cc motor which is widely tuned for aggressive mid-range grunt and will kick out in excess of 160bhp. It’s an update on the 2016 XDiavel model which made 156bhp and could be leant over to a smile-inducing 40 degrees. 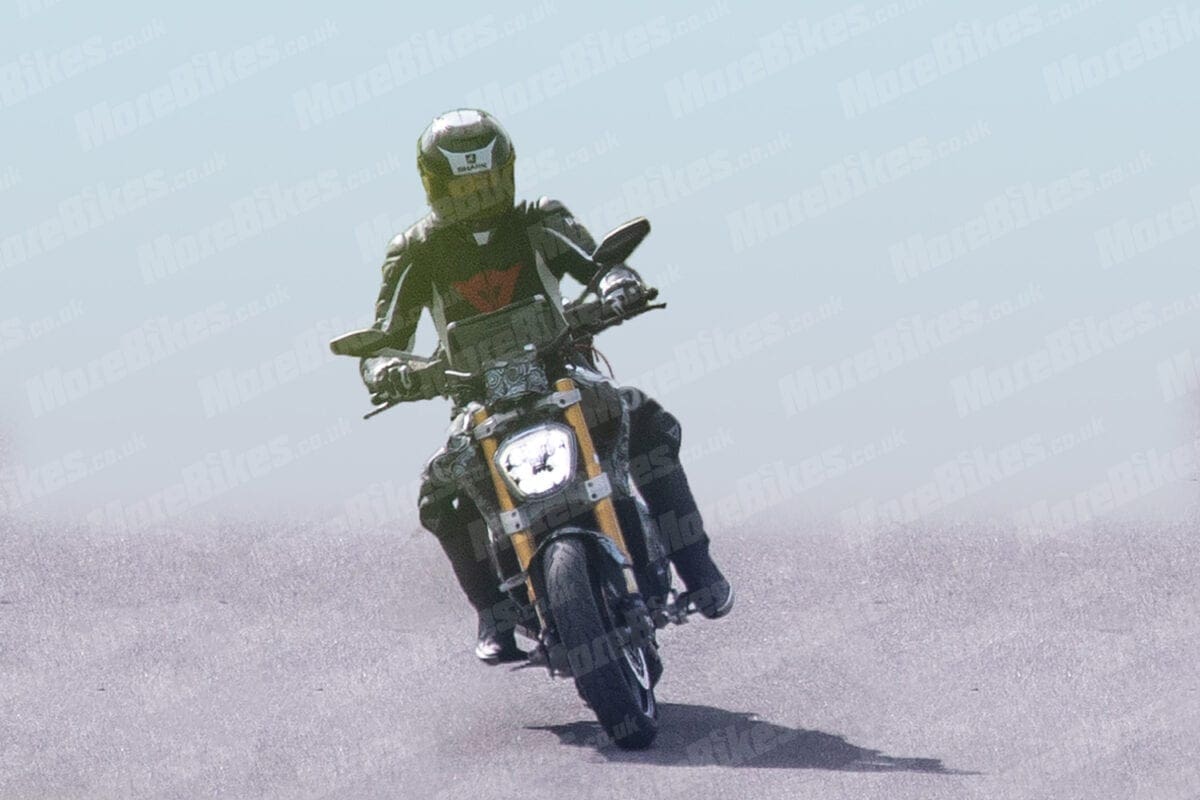 Another big change for the bike is that the Diavel is ditching the belt drive of the last XDiavel model in favour for a chain final drive on this version – allowing major suspension mounts and that swingarm to be taken from the 1299 sportbike sibling. 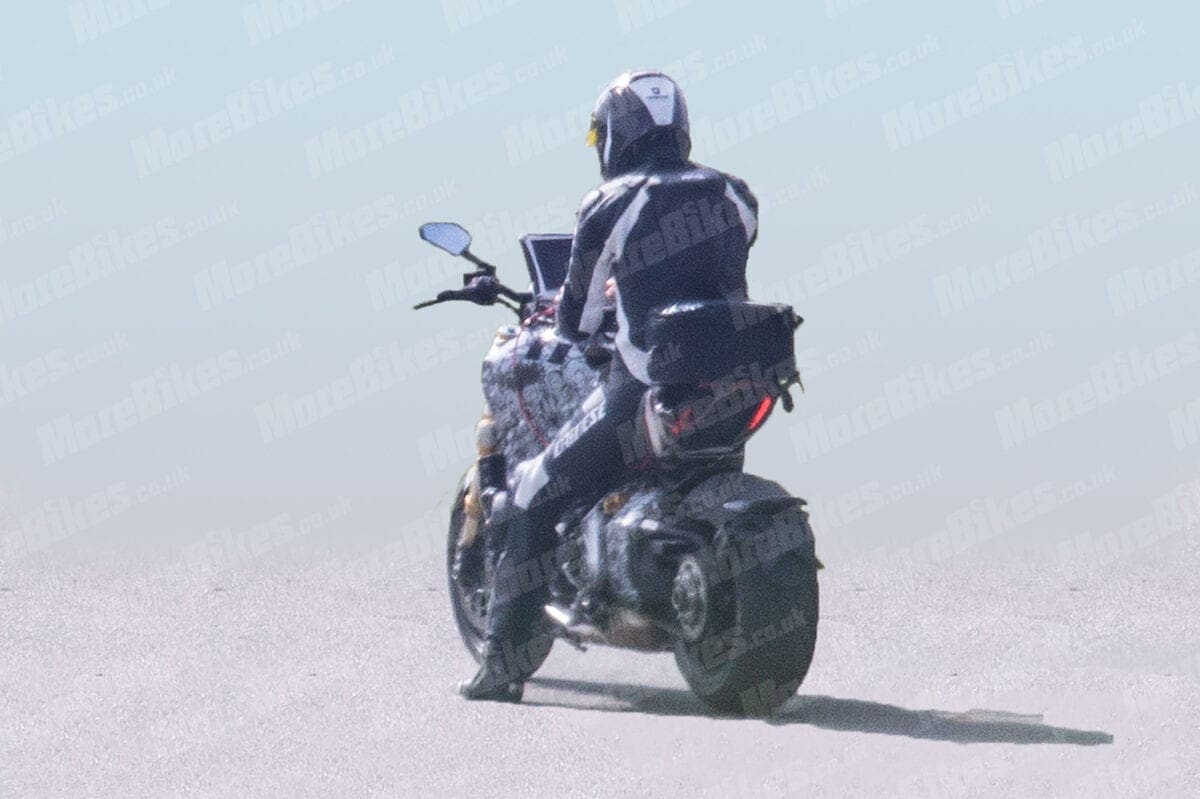 The 2019 Diavel’s footrests are definitely set in the original’s sporty, tuck-under position instead of the feet-forward pose of the XDiavel and the next-gen bike’s forks have been pulled back to steeping the bike’s head angle for quicker, lighter steering. 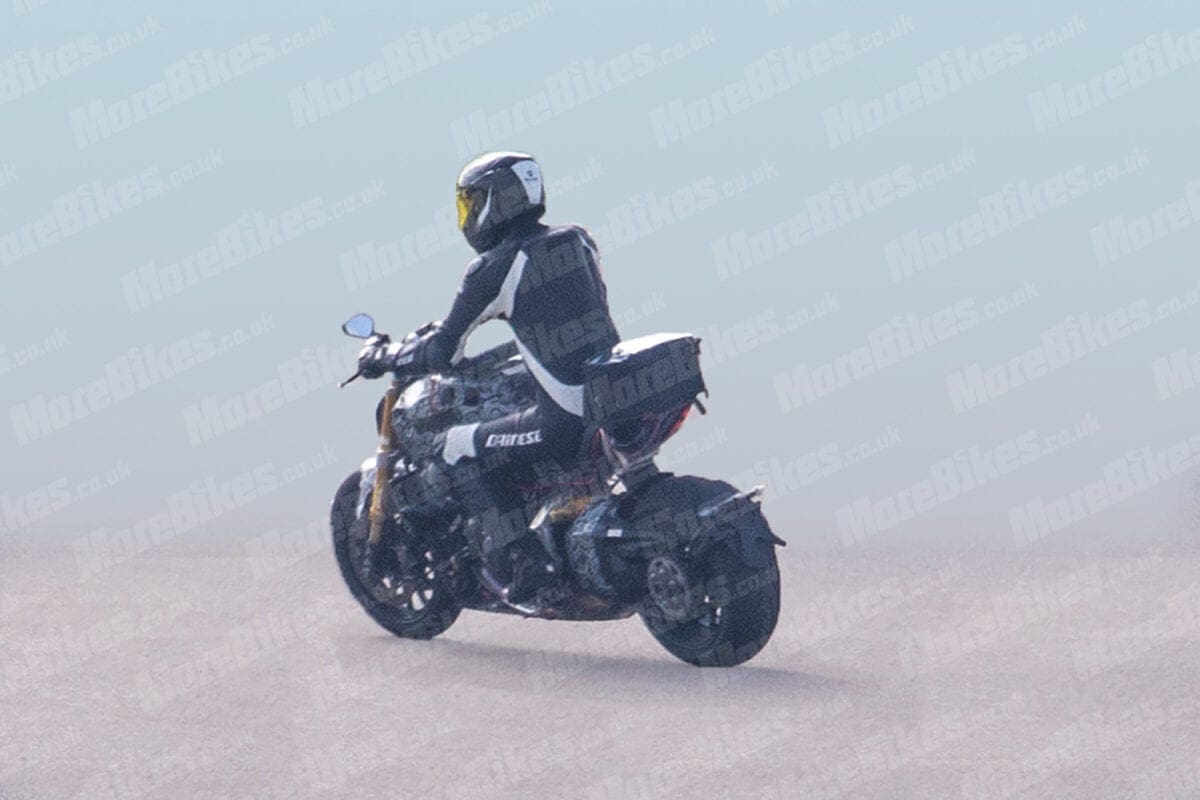 Clearly the bike has some major changes to the bodywork too but it’s difficult to see exactly what these are because of the camo decal sheets Ducati has applied to this prototype we’ve caught out in action.

Expect the new, sportier, 1299-derived Diavel to make it’s official appearance at the EICMA motorcycle show in November and to go on sale early next year. 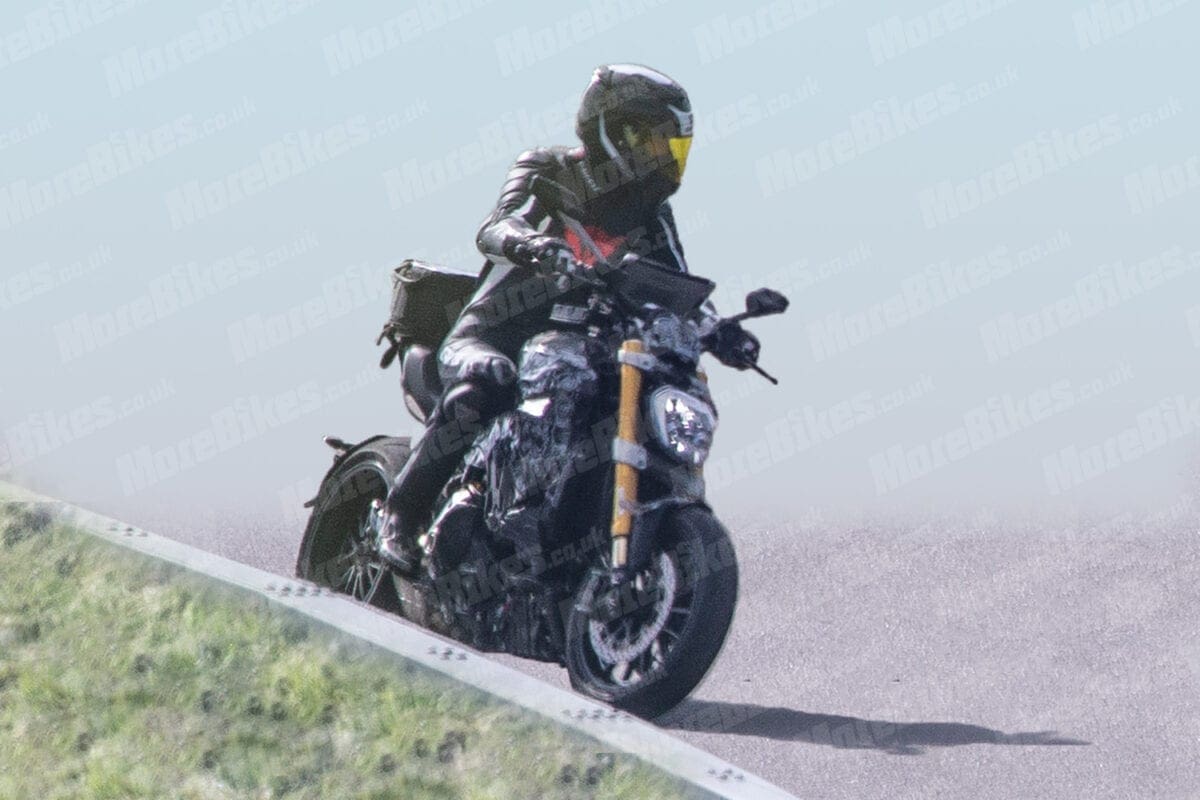