The number 99 heads the Friday timesheets, and on what’s traditionally been Honda turf.

Jorge Lorenzo (Ducati Team) ripped up the Honda-drenched formbook on Day 1 at the Pramac Motorrad Grand Prix Deutschland, taking Ducati to the top of the timesheets near the end of FP2 to set a 1:20.885 – only half a second outside the best pole position at the track, set by ‘King of the Ring’ Marc Marquez (Repsol Honda Team) in 2015. Lorenzo left it late to top the provisional Q2 graduates, and was joined in the upper echelons by Danilo Petrucci (Alma Pramac Racing), who was two and a half tenths back, and Andrea Iannone (Team Suzuki Ecstar), who was another 0.062 in arrears. Iannone was the fastest man in FP1, too, on a close day that saw 18 riders within a second. 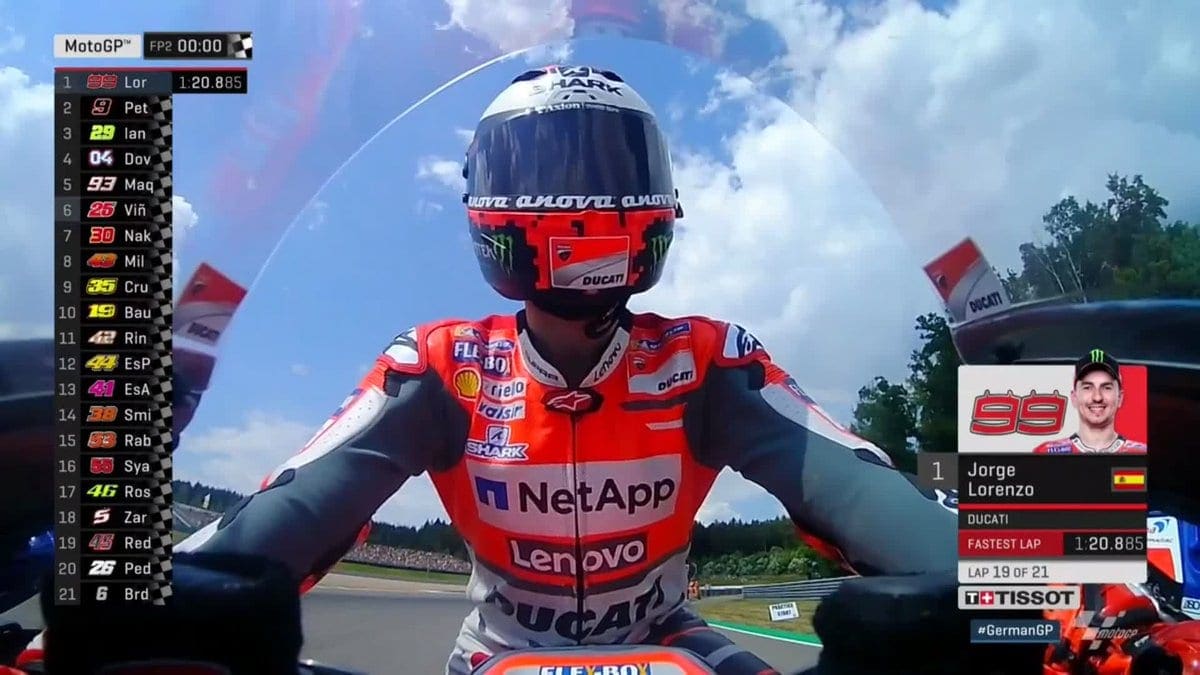 It was a first day characterised by surprisingly pleasant weather and some surprises on the timesheets – some key headlines from which saw Marquez, winner and polesitter for the last eight years, in fifth and teammate Pedrosa just inside the top twenty. Pedrosa, who announced his retirement at the end of 2018 on Thursday, is the man who won three in a row at the venue before Marquez’ roll began – making Valentino Rossi (Movistar Yamaha MotoGP) the last non-Repsol Honda rider to take to the top step at the venue in 2009 and Rossi was another headline, ending Friday in P17. 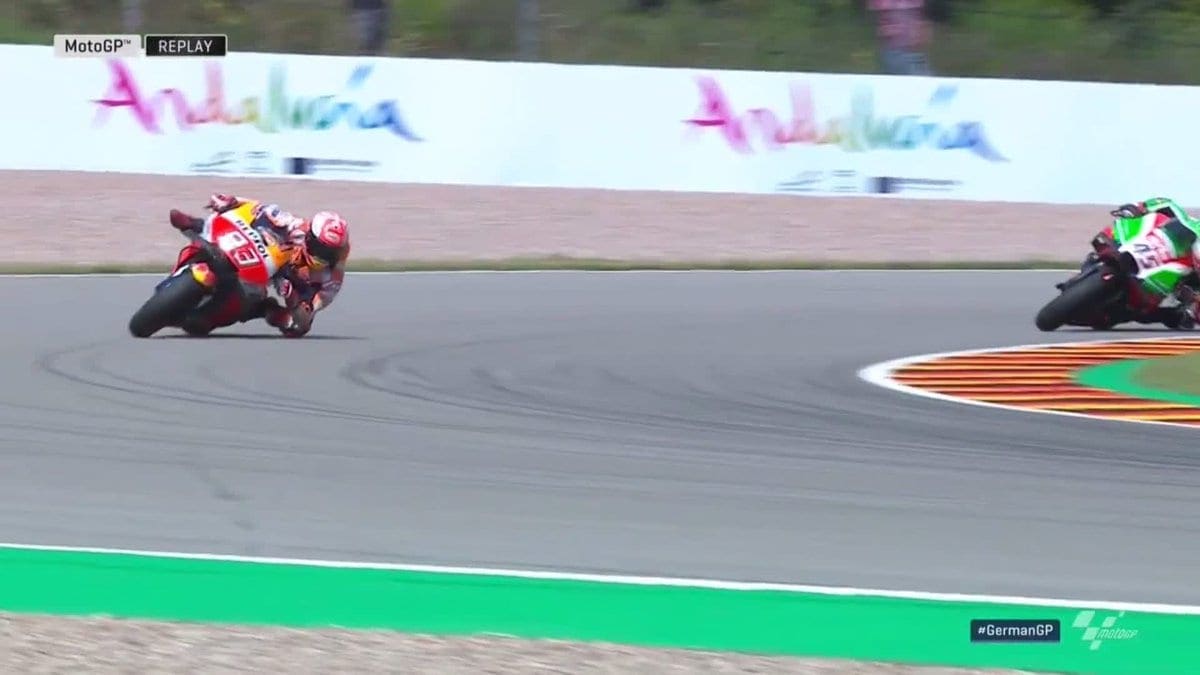 Back at the top behind Lorenzo, Petrucci and Iannone, it was another Ducati machine in fourth as Borgo Panigale dominated the day, with Andrea Dovizioso (Ducati Team) in close company, and only 0.040 ahead of Marquez as it tightened up. The gaps didn’t get any bigger going further down the timesheets either, with top Yamaha Maverick Viñales (Movistar Yamaha MotoGP) taking sixth and by only 0.035 – no mean feat given the position of his fellow Iwata marque machinery: Hafizh Syahrin (Monster Yamaha Tech 3) was in P16 and 0.007 ahead of Rossi, with Johann Zarco (Monster Yamaha Tech 3) 0.003 off the Italian in P18.

Takaaaki Nakagami (LCR Honda Idemitsu) was another headline on Day 1 as the Japanese rider took P7 after a slew of impressive laps. Traditionally a Honda hunting ground, the LCR rider was the fastest rookie by a long shot on Friday, impressing to gain provisional entry to Q2. He was just ahead of Jack Miller (Alma Pramac Racing), riding a Ducati at the venue for the first time, and LCR Honda Castrol’s Cal Crutchlow, a former podium finisher at the Sachsenring.

Alvaro Bautista completed the top ten on combined times for the Angel Nieto Team, with the Spaniard’s recent run of form remaining with him in Germany. He beat Alex Rins (Team Suzuki Ecstar) to provisional Q2 entry, with Rins looking to move forward in FP3.¡ after his best ever MotoGP™ finish last time out at Assen.

Pol Espargaro (Red Bull KTM Factory Racing) took P12 as top KTM, ahead of his brother and top Aprilia Aleix Espargaro (Aprilia Racing Team Gresini). Bradley Smith on the second KTM took P14, with the top fifteen completed by Tito Rabat (Reale Avintia Racing), who was a crasher in FP1. Mika Kallio was another who crashed on Day 1, but this time in FP2 as the Red Bull KTM Factory Racing wildcard took a tumble. 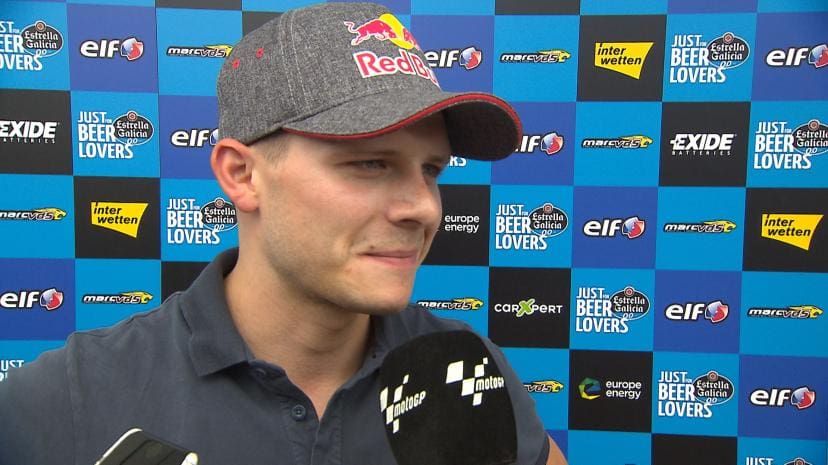 Speaking of wildcards, one man on to make an appearance as one after the summer break in Brno is Stefan Bradl, but the German is back on track earlier than expected after getting a call up to ride for EG 0,0 Marc VDS this weekend. The HRC test rider took over for FP2 in place of the injured Franco Morbidelli, who damaged his hand in a crash at Assen, and Bradl’s best put him only a tenth and a half off Pedrosa. 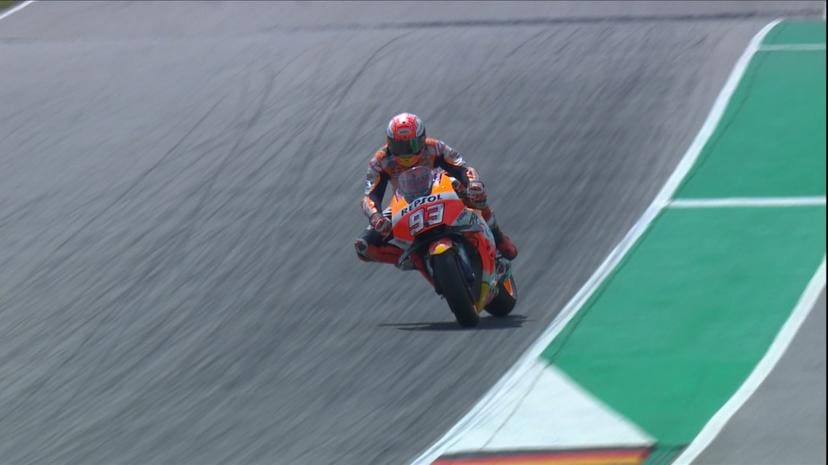