MotoGP: All or nothing by Marc Marquez see him take pole by just 0.025sec in Q2

All or nothing: Marquez takes pole by just 0.025!
Everything goes down to the wire and it’s only HALF A TENTH covering the top three at the Sachsenring

It was all or nothing for a ninth consecutive pole at the Sachsenring for reigning Champion and ‘King of the Ring’ Marc Marquez (Repsol Honda Team) – but the number 93 seriously had to work for it. By the end of Q2 at the Pramac Motorrad Grand Prix Deutschland, it’s just 0.025 between Marquez on pole and top Independent Team rider Danilo Petrucci (Alma Pramac Racing) in second – with Jorge Lorenzo (Ducati Team) only another 0.032 off to complete the front row.

After the first runs in the session it was Maverick Viñales (Movistar Yamaha MotoGP) on provisional pole as the Spaniard was the first to break Marquez’ previous pole lap record from 2015, before the first charge on the second exit saw Lorenzo threaten that – with Petrucci in close pursuit. Over the line the two took over at the top, with Petrucci just ahead, as Marquez began his third run – later crediting the two-stop strategy as a key to his ninth pole at the venue.

On that last dash with the clock counting down, the number 93 was just off in the first sector, put in a personal best second sector and then a red third one – meaning he was up on the previous best overall. But it was mere hundredths and it went right down to the wire, with a solid final sector seeing Marquez just maintain the advantage and pip Petrucci by the tiniest of margins. That means it’s exactly the top two from last season, except then it was over a tenth and a half – and this year it’s half a tenth covering the front row.

Viñales wasn’t able to improve and stayed fourth, Andrea Dovizioso (Ducati Team) moved up to fifth after coming from Q1 and Valentino Rossi (Movistar Yamaha MotoGP) found some more pace on Saturday to complete the superstar-studded second row – with every one of them keen to get the launch of their lives and move forward at lights out. With Lorenzo ahead of them on the front row, that could be a task. The front row share 11 titles between them – but so do the second. 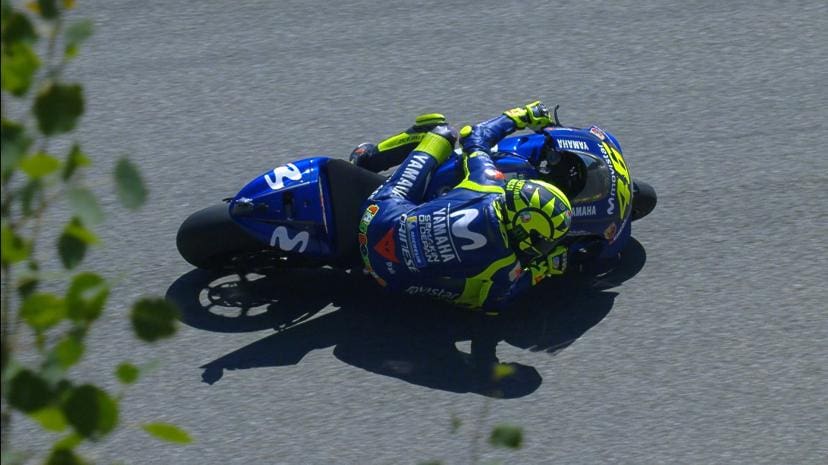 On the third row, former podium finisher at the venue Cal Crutchlow (LCR Honda Castrol) took P7, ahead of practice pacesetter Andrea Iannone (Team Suzuki Ecstar) and the on-form Alvaro Bautista (Angel Nieto Team), with Dani Pedrosa (Repsol Honda Team) rounding out the top ten. The number 26 has an impeccable record at the track – it’s the venue at which he’s had most success, along with Valencia – and could be one to watch when the lights go out. 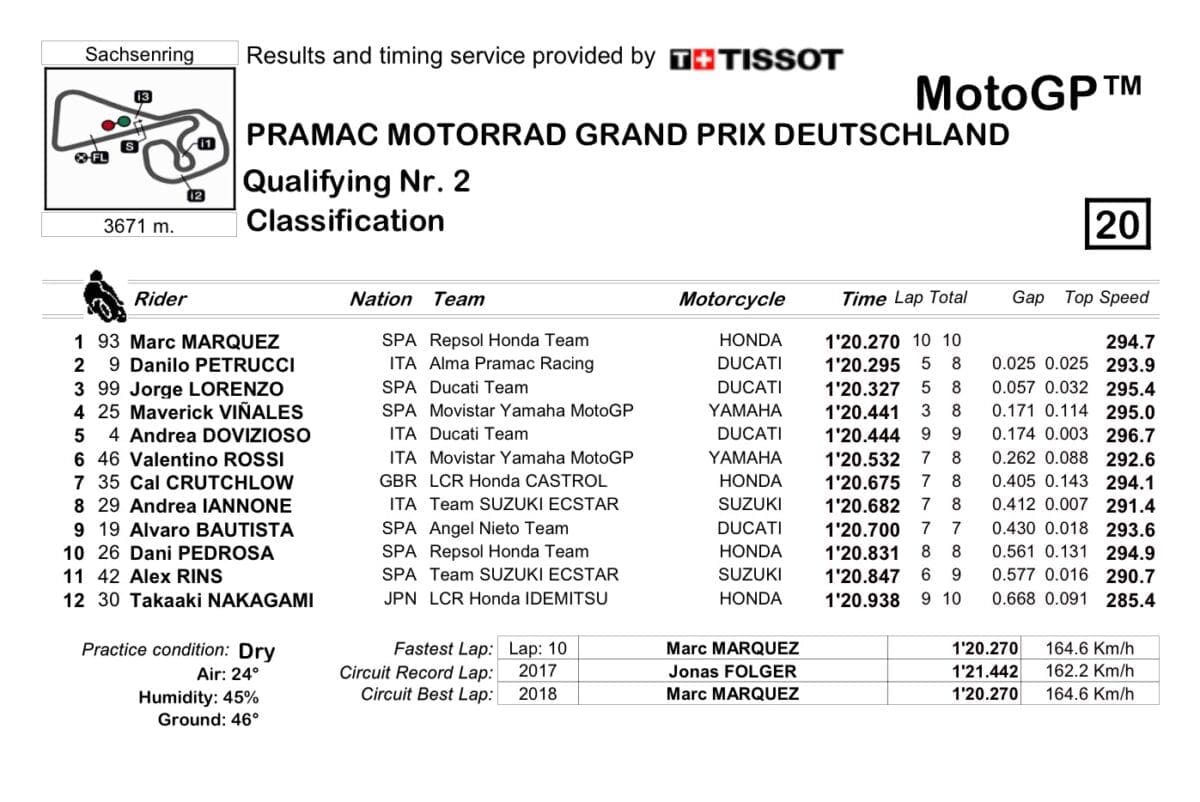