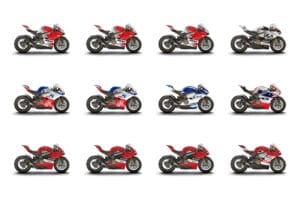 They’ll be ridden by veritable who’s who of Ducati racing – including Dovizioso, Lorenzo, Petrucci, Miller, Davies, Melandri, Rinaldi, Pirro, Abraham, Rabatand Fores, in addition to Ducati legend, Troy Bayliss – and will be going under the hammer on eBay straight after the action wraps up.

Each bike features livery and graphics dedicated to an individual rider, with colour schemes drawing inspiration from the bikes used in MotoGP or SBK races. A plaque on the steering yoke will show the rider’s name and race number – and they’ll also autograph the tank before the race gets underway. Cool right? They’ll also come with a certificate of authenticity, signed directly by Claudio Domenicali, CEO of Ducati. Plus, because they’re being used for racing, they’ve been fitted with a selection of special components – but they’ll also come with a complete set of original parts, exhausts included. 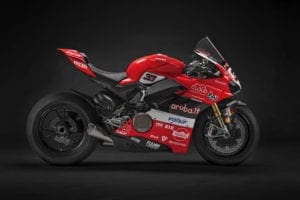