Italian power brands, Ducati and Dainese, have partnered up and announced the first D|air airbag to be fully integrated with a motorcycle on the new 2014 Multistrada.

For an extra £655 – that’s around £10 extra a month on PCP deals – not only will the Ducati Tourer feature heated handgrips, Ducati Traction Control and multi-level ABS, it will also have the innovative D|air unit – taking the number of ECU’s on the bike up to six!

The system uses sensors built into the existing electronics of the bike that assess the bikes situation. Should they be subjected to a genuine accident scenario – either from impact to the front, side, rear or subject to a slide – they communicate wirelessly with the clothing and deploy the airbag in just 45 milliseconds. To put it into perspective it takes 400 milliseconds to blink.

Specifically designed for maximum protection, the 12 litre airbag protects the collar bones, back and chest, the area’s most vulnerable in the event of an accident.

The jacket weighs 1.5kg and the system adds just 1kg onto the weight of the bike.

The clothing airbag is powered by a lithium battery which can be charged by a mobile phone style charger, with each charge offering 30 hours of functionality. Due to the integration with the bike, the status of the battery on the rider and passenger apparel is shown in the submenu on the motorcycle’s dash with an orange flashing light to warn you if it’s low.

When the system has been triggered, riders will need to take the clothing into their dealers who will send it back to Dainese – it should be returned to you within two weeks. The repair cost is to be confirmed in the UK, but will be around €299 in other European countries. If there are any further repairs to be made to the jacket, the dealer will communicate with you.

Lino Dainese, President of the Dainese Group, said, “Our main objected was to remove harm from riders if they are in an accident. It took a long time to develop and we were told it was impossible. It is a dream come true to see it launched. We want to make the system accessible to a wider audience – like old mobile phones, the price will come down over the next three years.”

The bikes are due to arrive in dealerships at the end of the May and will cost £16,450.The prices for the clothing in the UK hasn’t been confirmed, but in the rest of Europe the textile jacket will be €1400 and the vest less than €700. Dainese are working on offering leather as an option too.

Ducati plan to roll out the wireless airbag system to all of their range over the next few years, and CEO of Ducati Motor Holding, Claudio Domenicali, says it’s just a matter of time.

“We’ve invested a lot of time and money into the project and if it saves one life then it has been worth it. There are no shortcuts. As with any new component, it needs to be validated and we want a customised system for each bike.”

Lino Dainese added that they were thinking of developing a system for the whole body – which would protect the femur, knee and pelvis.

MoreBikes guinea pig, Carli, headed to the launch in Bologna, Italy, to try the system. “The jacket itself was lightweight and didn’t feel bulky at all. It just felt like a regular jacket – until it went off! The unit goes off with a big bang and the speed in which it inflates it unbelievable. Whilst it’s not a pleasurable experience, the deployment of the airbag doesn’t hurt, it’s just more of a shock. I think it’s a great that an integrated system has been developed. If it keeps more of us bikers safe, then great!” 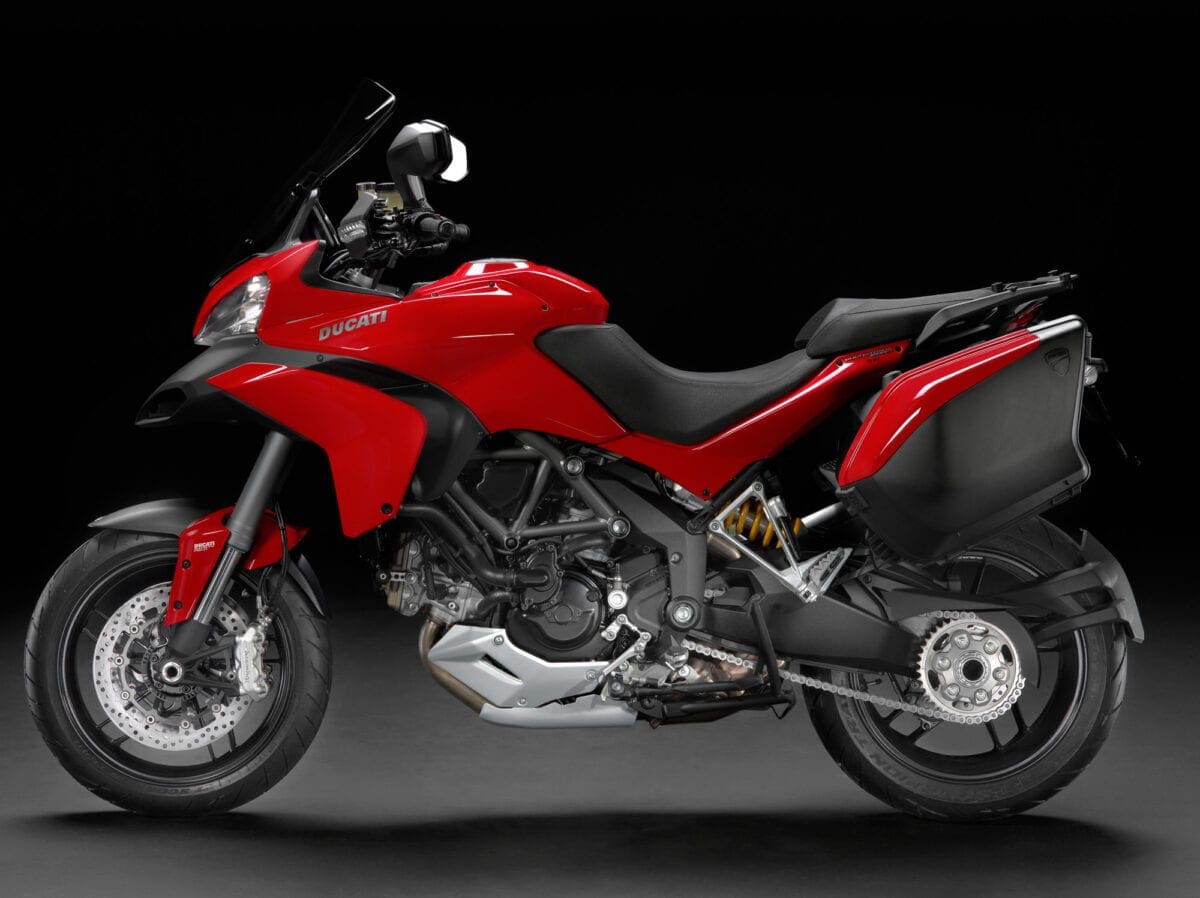