MoreBikes is on the way to Nice on the south coast of France, for the launch of a range of new small capacity machines from Honda. Tomorrow, we’re going to be riding its updated Forza 125 and 300 – and we’ll also be taking the chance to ride the all-new Monkey 125. We can’t wait. 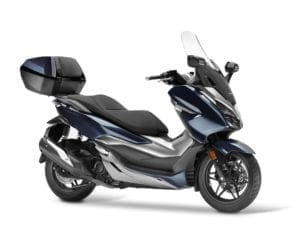 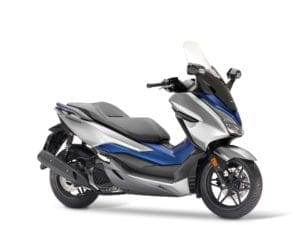 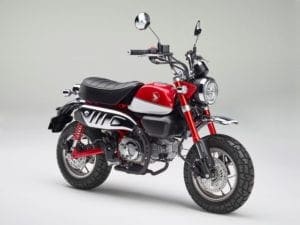 The Forza 125 and 300 are the main event for the launch, so we’ll touch on them first. First introduced back in 2000, the Forza has cemented itself as powerful force in Honda’s two-wheeled line-up. The first 300 model set the template – with a lively ride, plenty of storage and an innovative (for the time) combined braking system.

While retaining its trademark mix of sporty styling and urban usability, the Forza 300 has constantly evolved – and 2018 marks the unveiling of a radically revised machine. It’s following in the hugely successful wheel tracks of its little brother, the Forza 125 (of which 30,000 have been sold in Europe in the three years since its launch – back in 2015) – and its lighter, smaller, smarter and sportier than ever before. 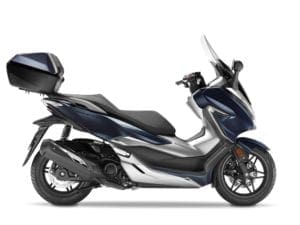 The Forza 125 was designed specifically with the European scooter market in mind. Customers who demand style, presence, performance and top-specifications from their two-wheeler – and right from its introduction, the Forza 125 has delivered, and as a consequence has sold over 30,000 units to date.

Admittedly, the important parts of the Forza 125 are unchanged for 2018. There’s its 4-valve engine that Honda reckons will deliver 490km- range from a single tank. It’s got an ‘Idling Stop’, a lightweight chassis, LED lights, a Smart Key, storage for two helmets, and riding comfort for two. Not bad. There are a few changes though – including a new adjustable electric screen, a revised instrument panel, LED indicators and an extra 5.5 litres of underseat storage. 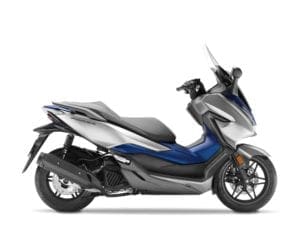 Now let’s talk about the Honda Monkey. With its chunky tyres, mini-‘ape’ style handlebars, miniscule fuel tank and big, squashy seat, the Monkey is arguably one of the most iconic motorcycles in existence, the original Monkey was actually a 49cc child’s toy, designed for Tama Tech (an amusement park in Tokyo) – before being developed into a fully road-going version as a result of its popularity.

Its popularity was mainly as a result of its instantly-likable design, tiny dimensions and ultra-light weight – which made it a whole load of fun around town. And because it was so easy to ride, it could be argued that it sold motorcycling to the general public, more than any other machine. 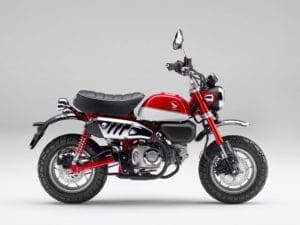 And best of all, Honda’s iconic mini-bike has been re-imagined for the present day – with styling that draws heavily on the original, complemented by modern, premium touches such as USD forks, twin rear shocks, LCD instruments, IMU-based ABS and full LED lighting. Its 125cc air-cooled engine delivers 6.9kW power, and fuel efficiency of 67km/litre, while its wet weight is a mere 107kg. All we know is we can’t wait to ride one.