What the hell is THIS (from Kawasaki’s special futures/ sci fi department)? 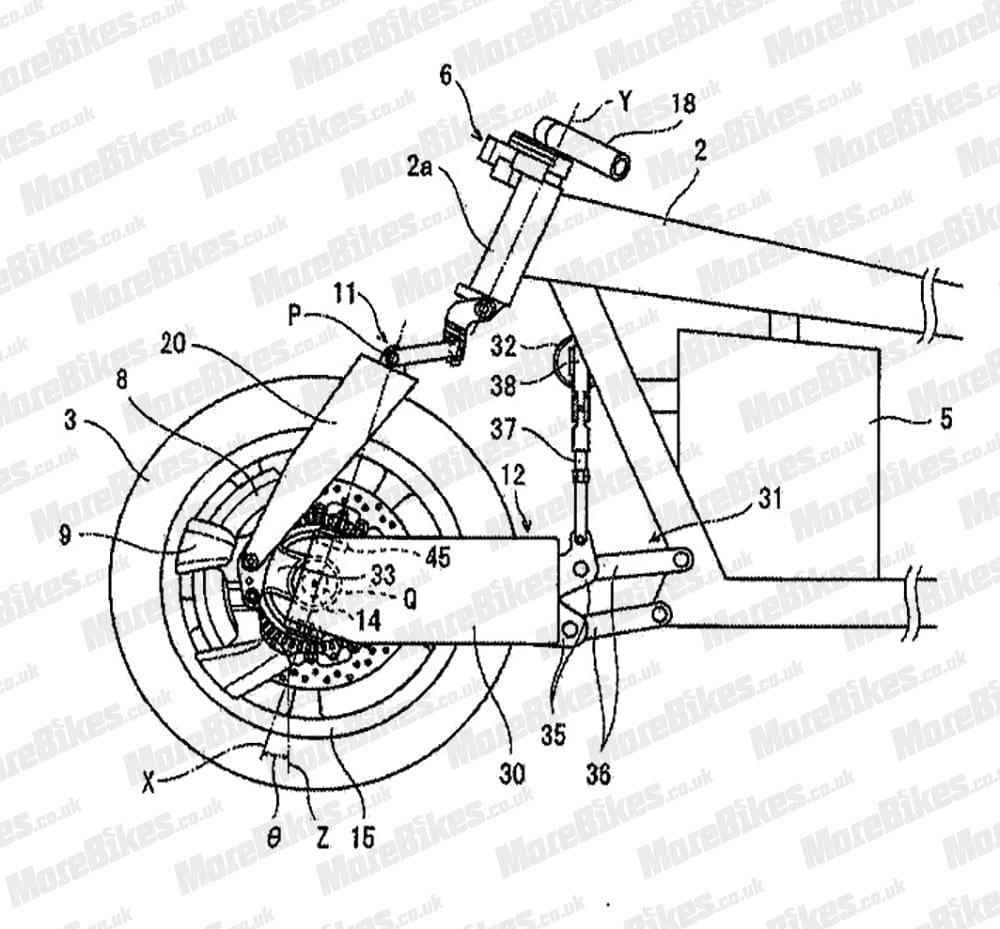 Ok, hands up people – we’ve got no idea what this patent design filed by the Japanese company is for – but it’s weird and has had us scratching out heads for a couple of hours now, so we figured we’d leave it to you to tell us. 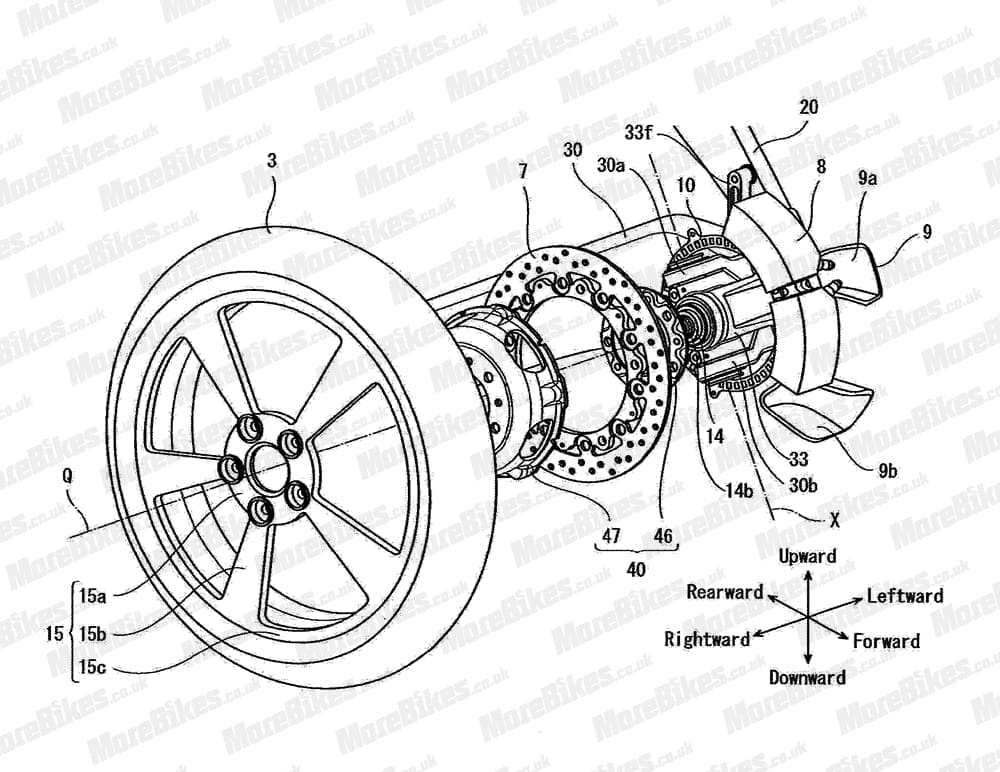 These patents have just appeared from Kawasaki showing a very odd looking front end with detailed images of the bike’s front wheel and how it works. 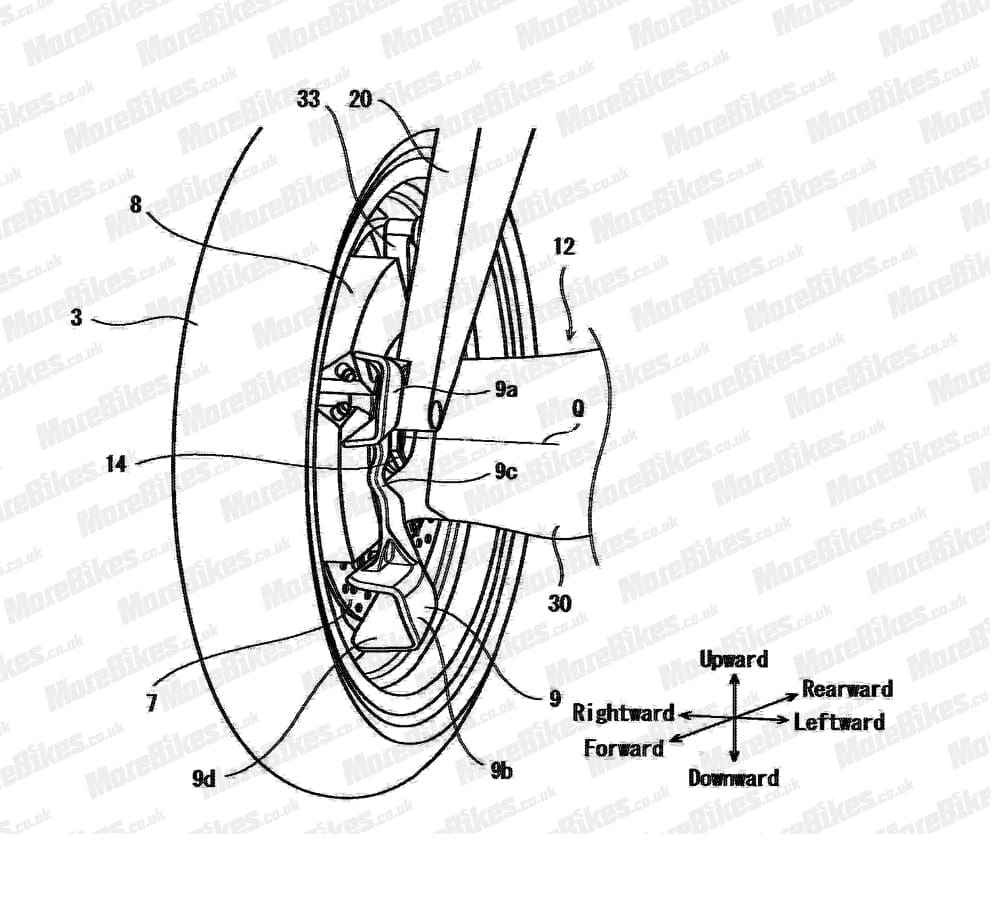 There’s only two things we can be sure of (largely because it’s mentioned in the patent itself) and that’s that this design is going on to a motorcycle at some point and that it’s currently not like anything we’ve seen from Kawasaki so far. Except that it for this… 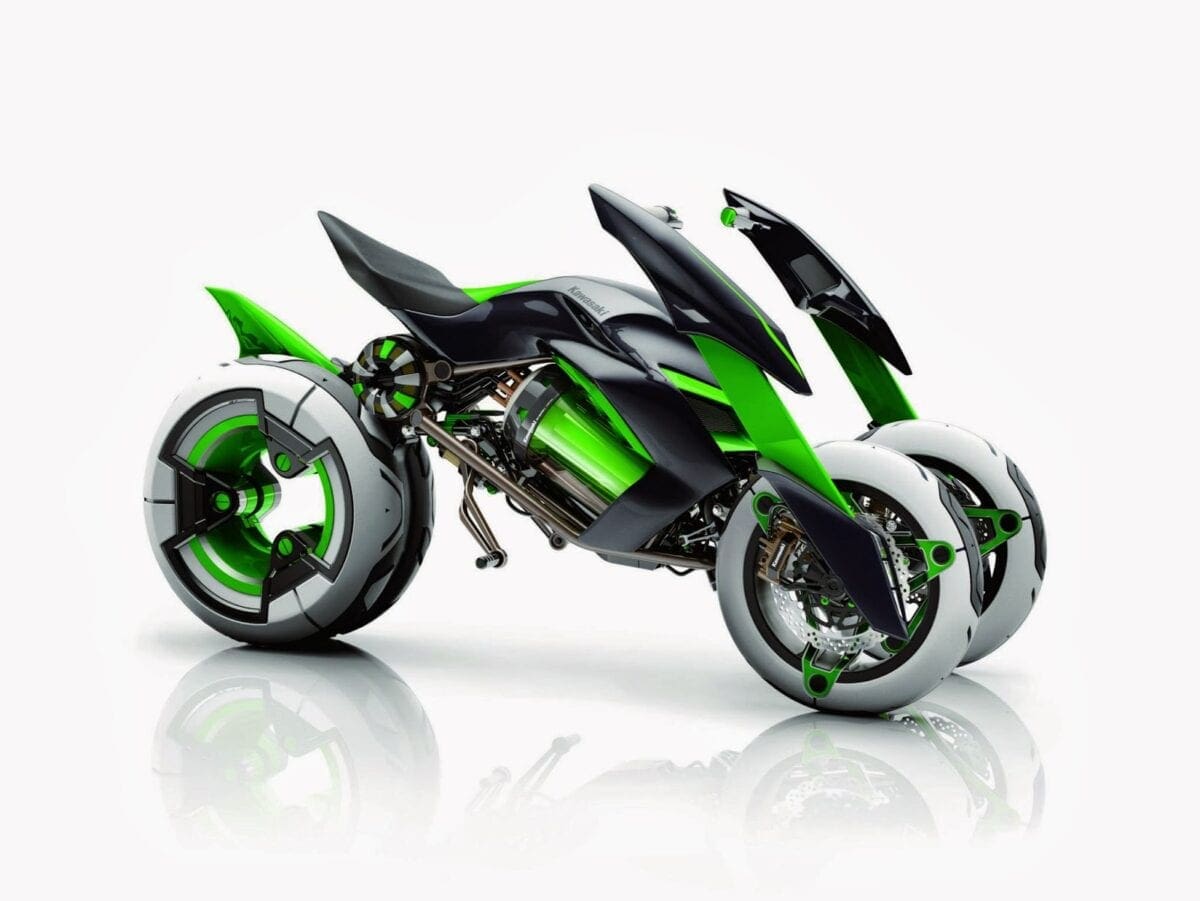 That’s the Concept J bike which was shown five years ago. OK, so these patents are a long (production-based) way away from the funky, impossible loveliness of the Concept J bike, but if you look at the side-on design of front of the bike and view it as looking at the inside or the right front wheel (as if the left hand front wheel and unit had been removed altogether) then there’s a similarity here. Kind of. 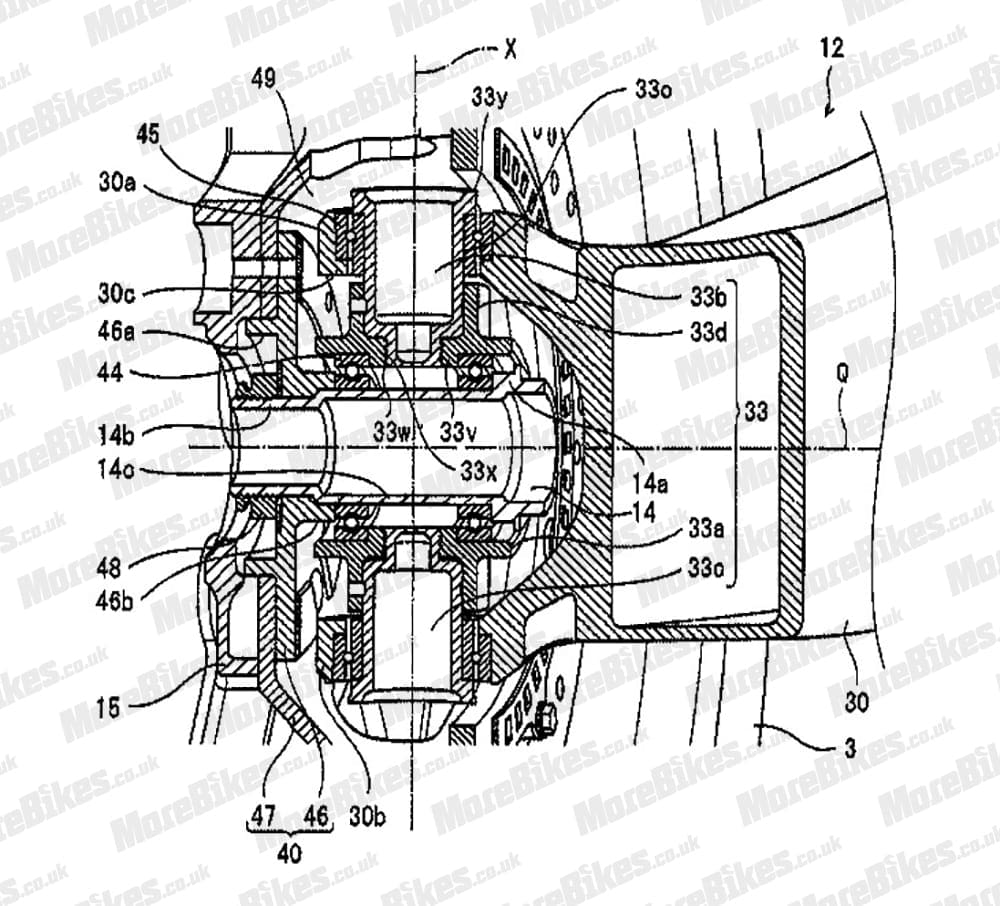 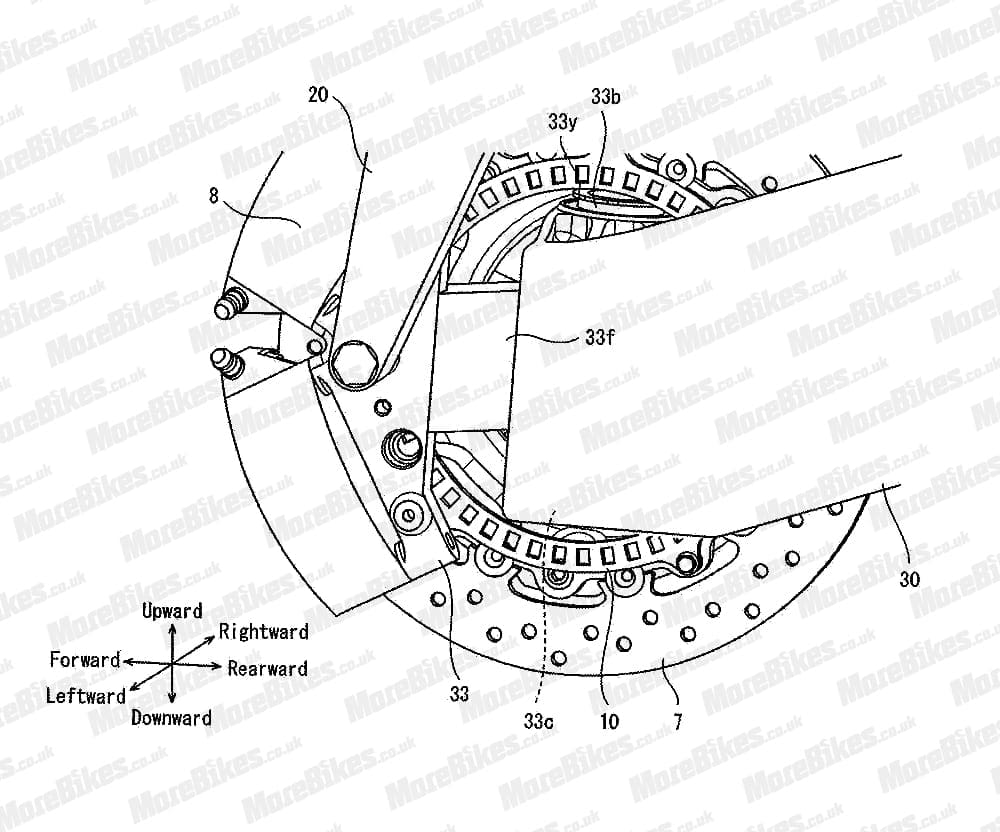 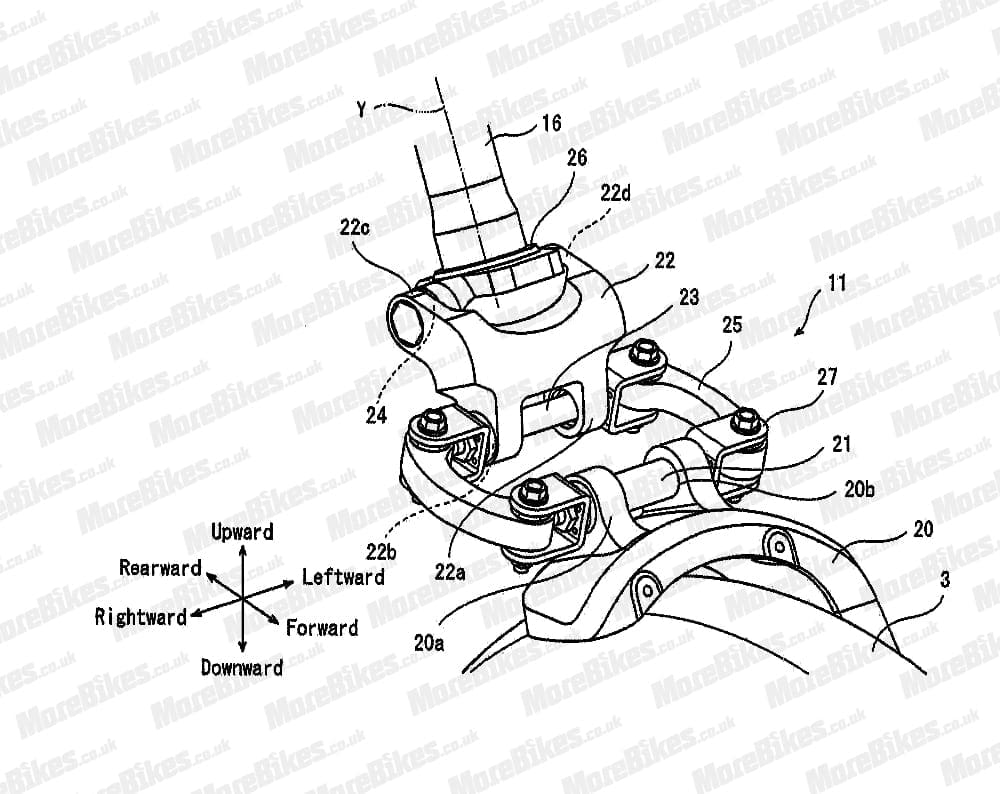 Yeah, it feels like we’re reaching for this one. In reality, that’s probably a really big leap we’re making between this and Concept J, but we’re out of ideas for any other explanation – unless it’s something to do with a hyper-quick supercharged something or a current big tourer that’s getting a seriously interesting suspension upgrade.

So do you know what this is? Any ideas? Share your thoughts on the above and below, we’d like to know what you reckon this is.

And Kawasaki, if you want to let us in on this idea then please do so. We’re very intrigued by it. Thanks very much. 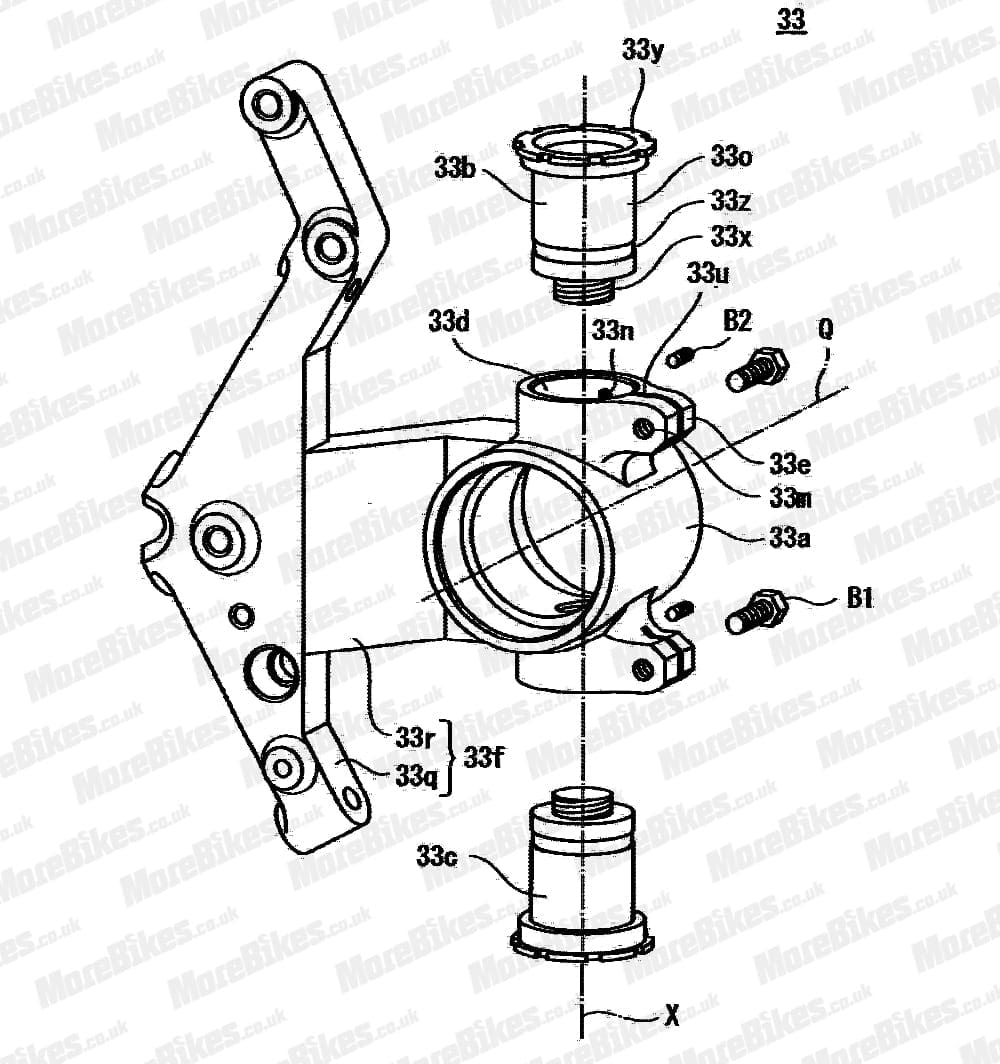 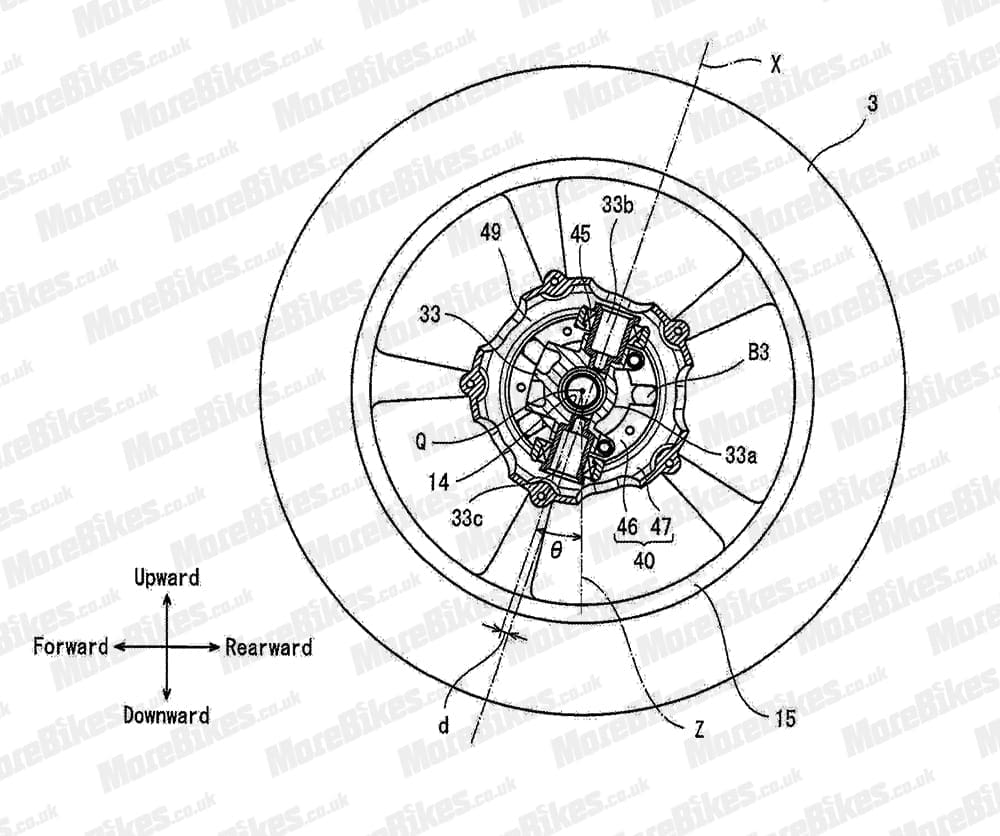