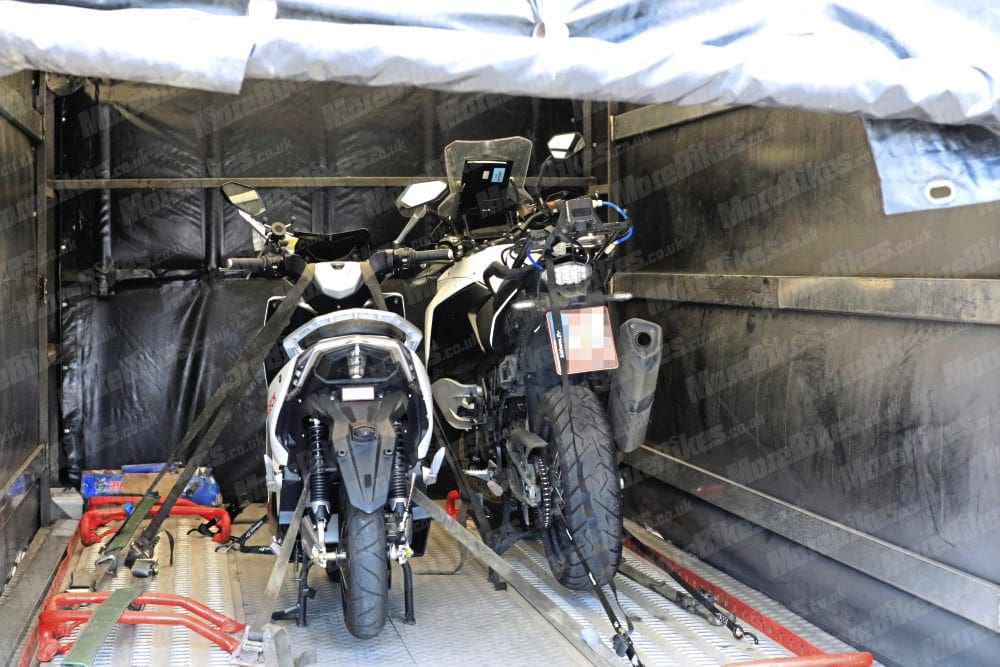 Here’s this week’s spy shots of the next generation big KTM 1290 Adventure just after a batch of secret tests using the Austrian firm’s front and rear radar systems. 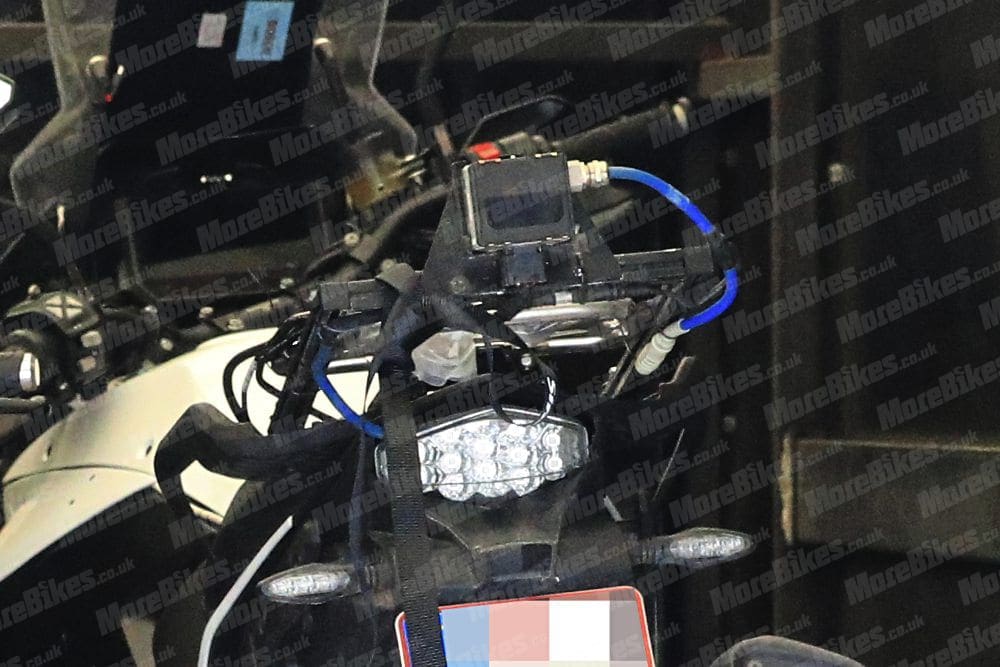 KTM announced in April that is would have working radar systems looking after vehicular distance and early-warning electronic programmes on its bikes by 2020, and based on these images we’re bringing you today, the testing regime is already up and running. 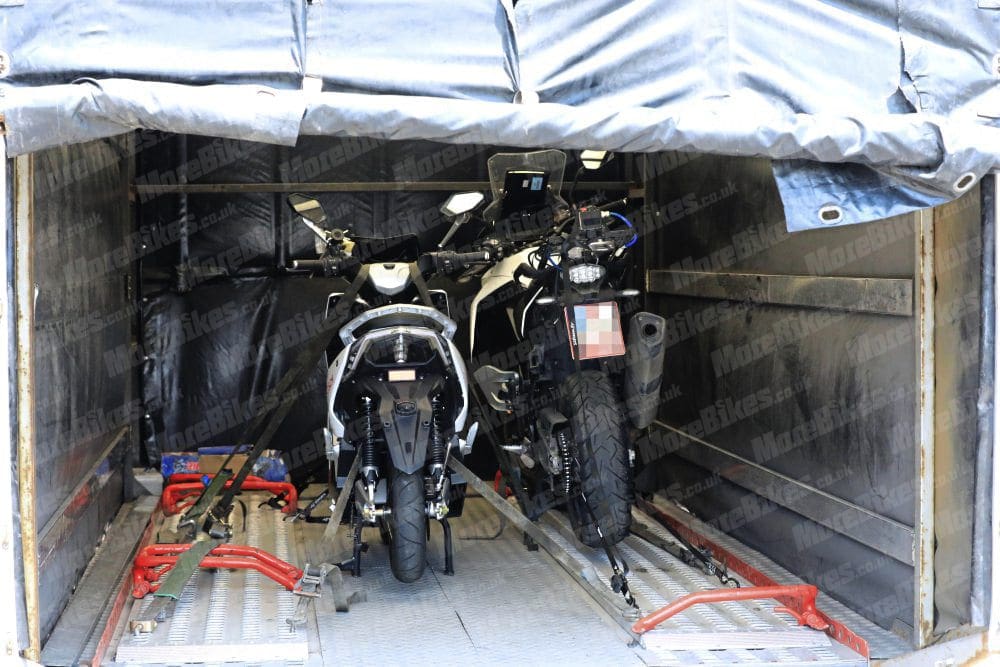 The bike in the back of the truck clearly has the rear send/receive electronics in place for the early stages of the radar set-up, we’re told that the scooter alongside was being used to trigger the systems on the move – giving the KTM something to aim for and stay away from as both bikes were on the move.