SPY SHOTS: Up close, REAL CLOSE, with the 2019 Ducati Diavel prototype! Loads of details now out in the open. Actual photos. 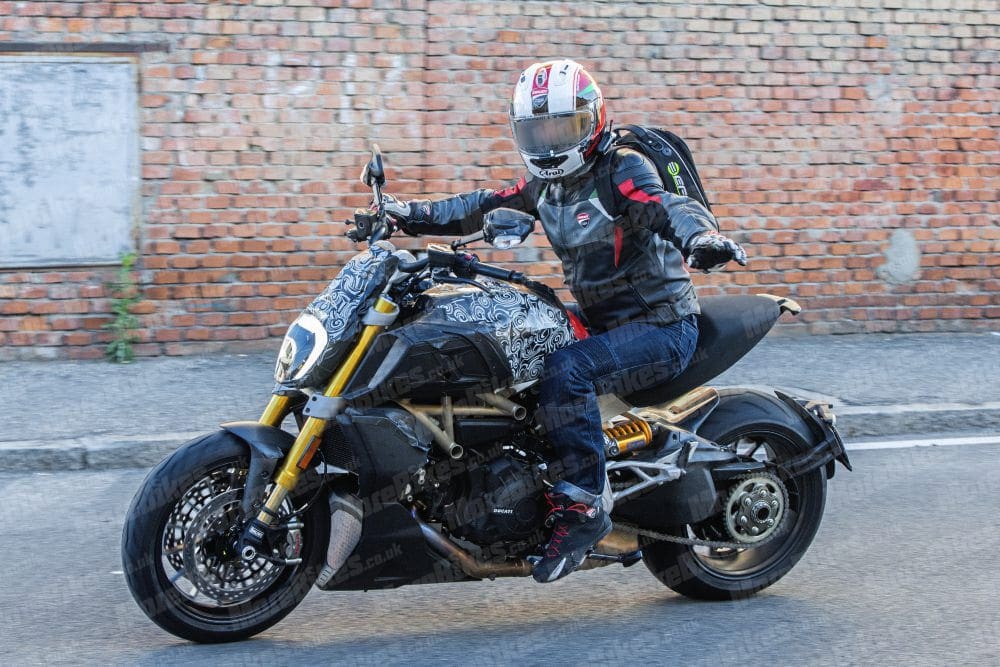 We brought you the first photos of the next generation Ducati Diavel over a month ago and a couple of weeks back we showed you these, and as it’s been a while we figured we’d put these out here again – these are our VERY up close photos of the 2019 Bologna bruiser.

This bike was the subject of much interest at the recent World Ducati Week (July 20 to 22) where it was shown to the masses at the event. Those who went into to the closed-room viewing had to hand in their phones at the door, such is Ducati’s desire to keep the more detailed elements of the muscle cruiser secret. So it must be annoying to the factory and those who saw this bike under wraps, that these shots have now surfaced.

With these photos of the bike trying to head out on consumption testing, we can now see plenty and from what we now know, it looks even more like the Diavel’s evolution is heading back to the original pretty-sporty ethos of the 2013 version of the big Ducati. 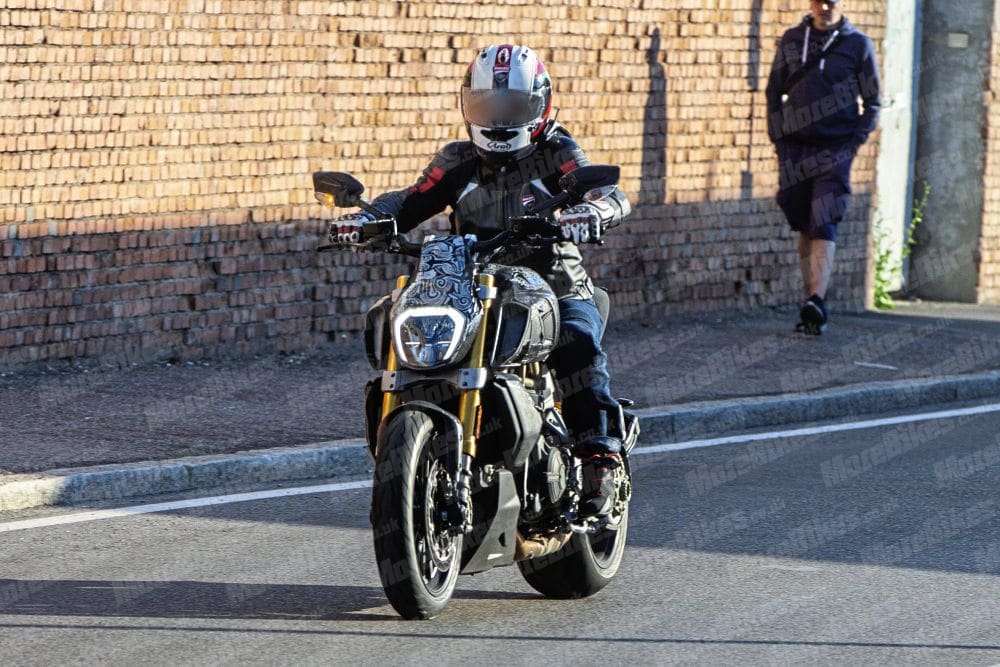 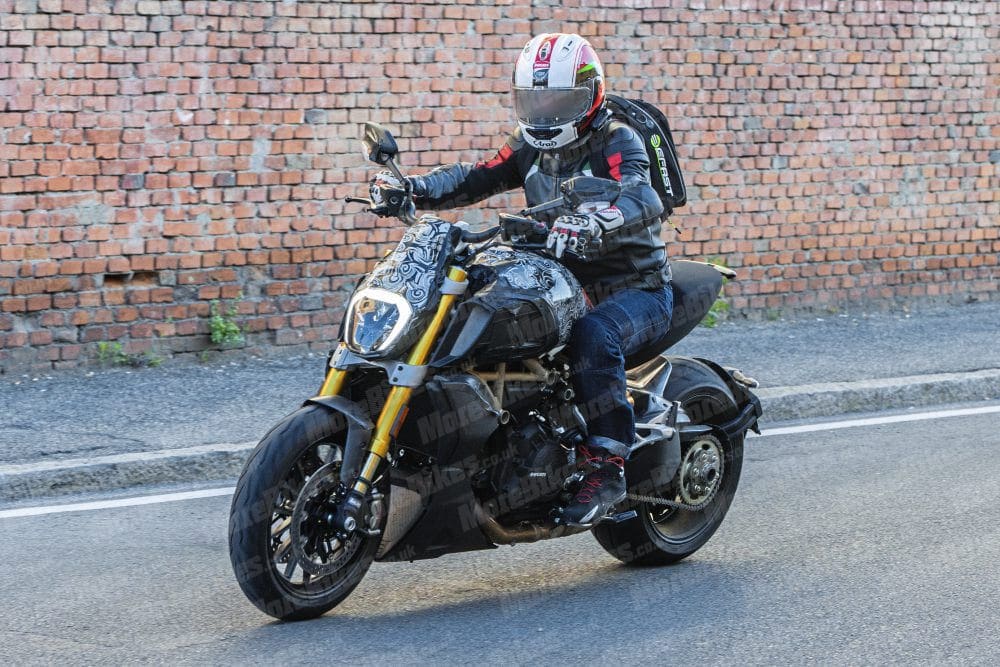 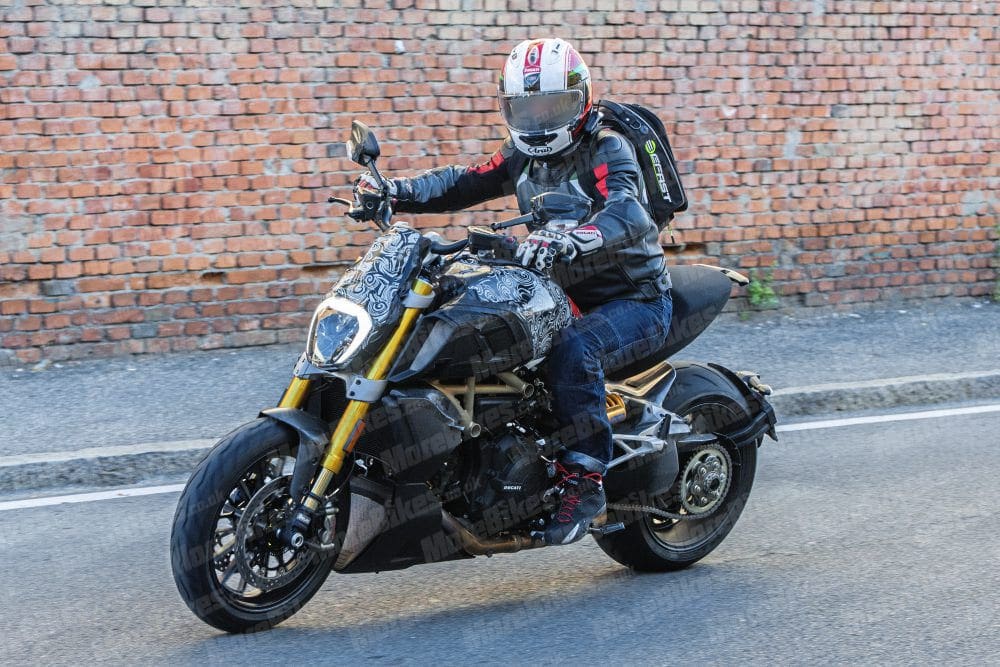 Under the WDW wraps, the bike was codenamed ‘Project 1309’ a name given to it because this bike is the ninth ‘tweak’ of the Diavel since 2013. Two years after the bike was launched on 2011, the Diavel underwent a make-over that left it sportier and more aggressive so it’s clear that next year’s bike is going down a similar route. 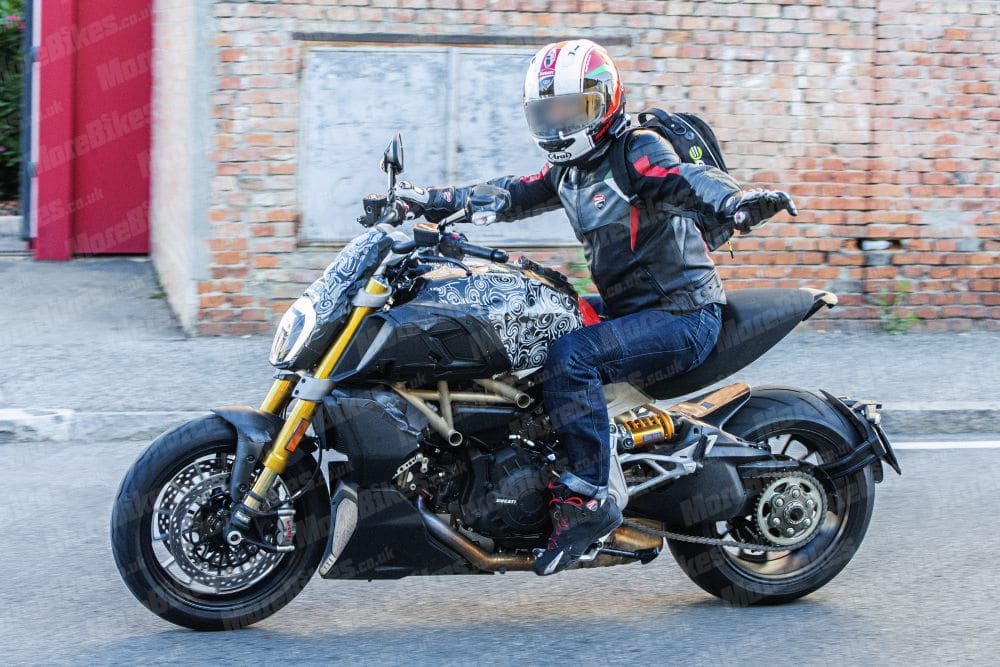 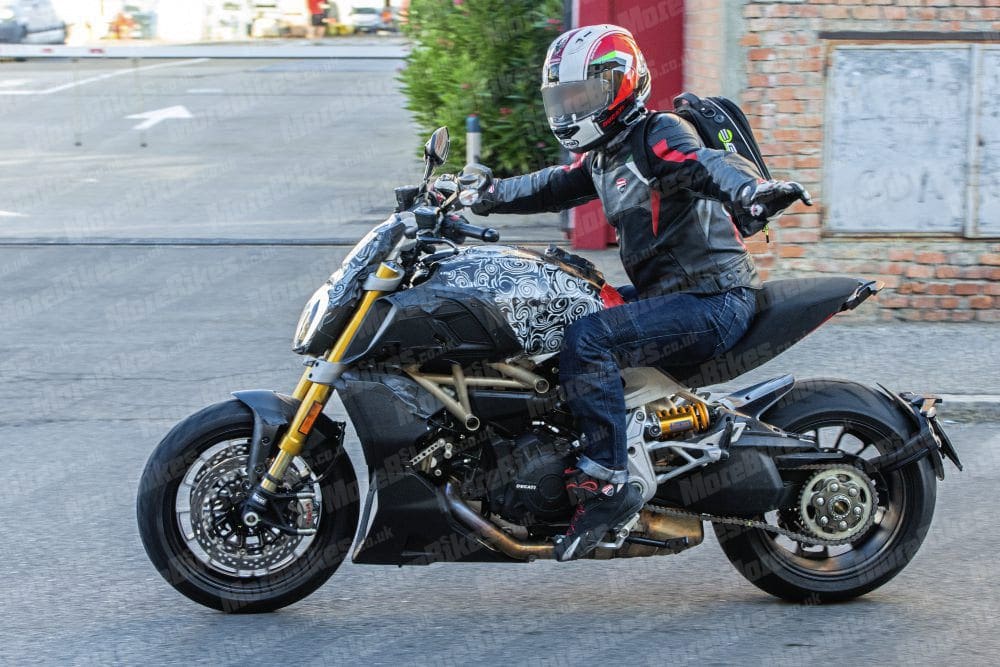 On the prototype motorcycle that we’ve caught here, we can see that the bike is using the 1,262cc V-twin Testastretta DVT – it’s the same engine that you find in the Multistrada and the XDiavel, it makes 156bhp.

There’s some major changes to the bike including the exhaust. Gone are the large double exhaust cans on the right hand side, replaced by a compact exhaust unit that sits centrally under the bike. This is done to help centre the bike’s mass and improve handling. 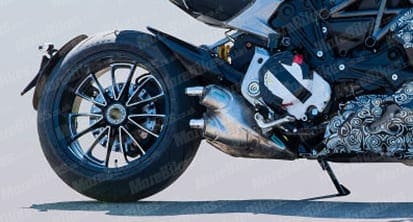 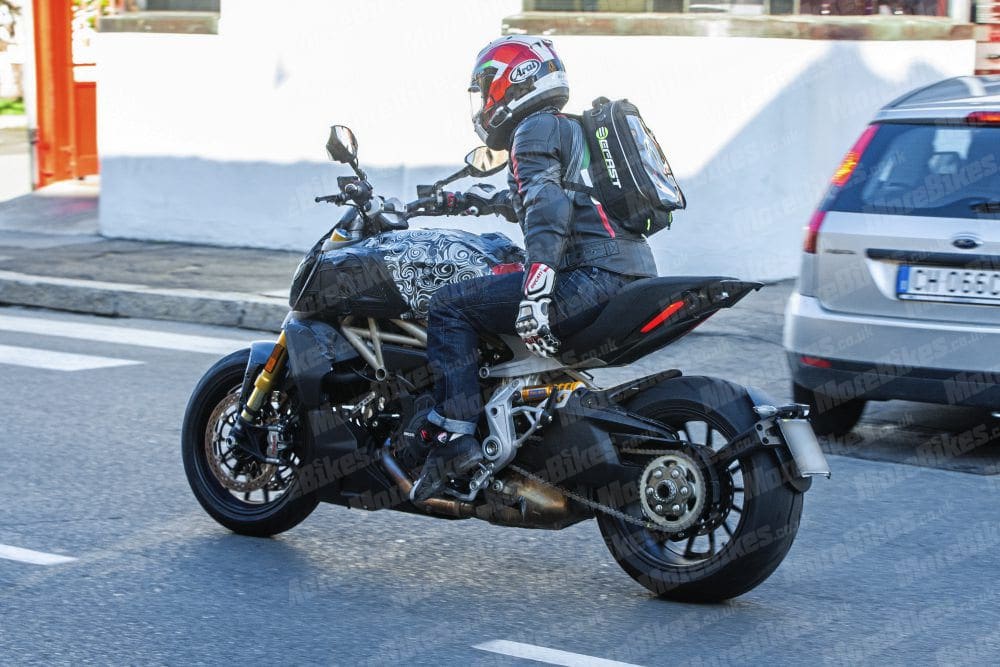 The better driveability is enhanced by the new steering head angle which has switched from 62 to 63 degrees. The rear suspension travel has also been upped from 120mm to 134mm although the seat height and position has been kept the same, Ducati reckons that where the rider sits on the bike is an ideal middle-ground between sport and touring. The bike’s wheelbase has grown by 15mm and is now 1600mm in length.

We know that there will be at least two versions of the bike for 2019, the S version (with Ohlins suspension and other, higher level parts) and the standard bike (Marzocchi and Sachs suspension). 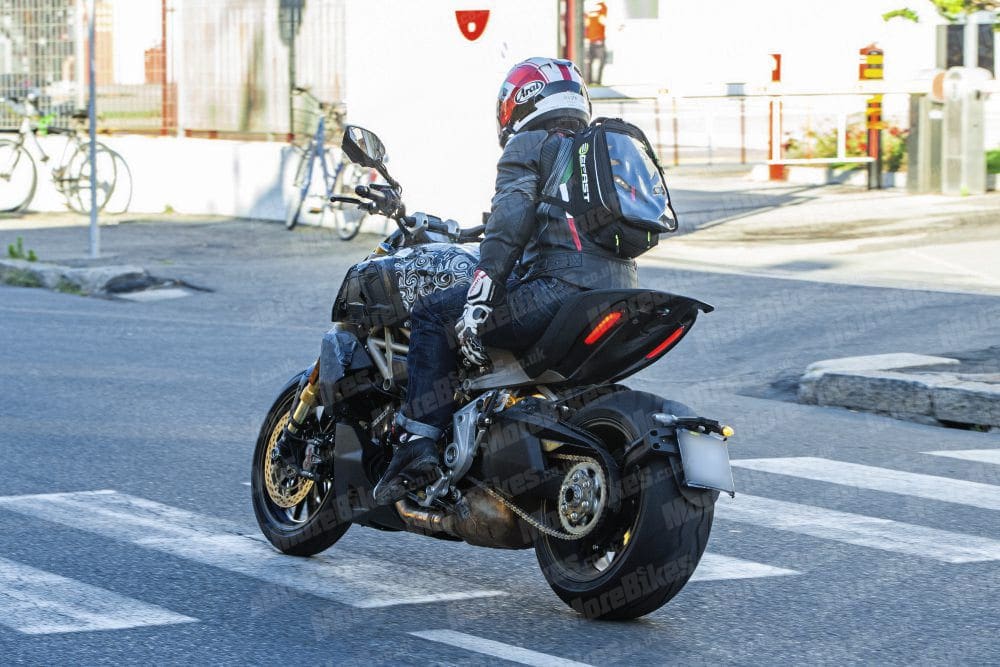 The Diavel now has a Panigale swingarm and overall looks more slim – thanks largely to the small exhaust unit and cosmetic touches like the narrower rear which has the LED tail light mounted flush. Indicators are now integrated into the license play holder as they are with the XDiavel.

Ducati will produce enough aftermarket touches so that owners of the next-gen Diavel will be able tour on the bike if they want to. Items like panniers, a touring screen and upright for the larger pillion seat are due to go online at the same time as the bike officially hits dealers in early 2019.