Harley-Davidson to use SENSORS to monitor RIDERS. For its NEW ‘Emergency Autonomous Braking System’.

It’s all go at Harley-Davidson. Over the last few weeks, the Milwaukee-based brand has made the headlines multiple times, first challenging to Donald Trump’s new taxes and tariffs, before late last week unveiling a raft of new bikes it has in the works. And recently we’ve been sent details of a set of patents, which reveal that Harley-Davidson is working on an Emergency Autonomous Braking System for its next generation motorcycles. 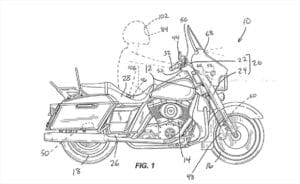 In essence, the patent reveals that Harley-Davidson plans to use sensors to determine whether a rider is physically or mentally prepared for emergency braking. The sensors would be placed on handlebar grips, saddle, footrests and instrument panel (and even inside the helmet) to evaluate work out if a rider is prepared to react – before the autonomous braking takes control. If the system detects that the rider is not prepared for emergency braking, it would turn on warning indicators – and if the rider fails to respond, the system will automatically slow down the motorcycle. Clever.Equally, if the system detects that the rider is alert and has started to apply brakes, it will assist by applying additional braking pressure. 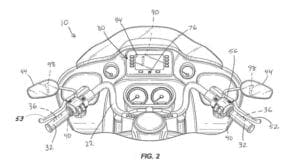 This news follows on from a range of other safety-oriented technological developments within the motorcycle world. Ducati is already working on a radar based safety system and vehicle-to-everything (V2X) communication system between motorbikes and cars. KTM is working on a sensor based Adaptive Cruise Control and Blind Spot Detection system. And even Bosch, has been developing a technology based on thrusters to stop riders from crashing. 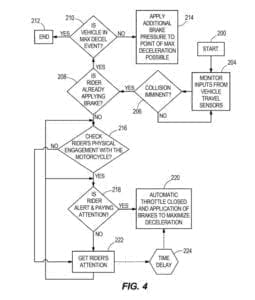 FOR MORE INFORMATION ON HARLEY-DAVIDSON’S NEW MACHINES, CHECK OUT THE LINKS BELOW.