Peter Hickman saved his best until last in the opening Bennetts British Superbike Championship free practice session at Thruxton this morning, regaining the position at the top from Bradley Ray on his final lap by 0.316s.

In the blistering heat at the Hampshire circuit Hickman had been heading the times for the majority of the session, before Ray closed in by leaping up from just outside the top ten to move fastest before Hickman responded.

Josh Brookes, one of last year’s race winners, was third fastest for the McAMS Yamaha team, he had a consistent session to remain inside the top five throughout the 45 minute opening session.

Jason O’Halloran showed his ankle injury is improving by moving into fourth place for Honda Racing in the closing ten minutes of the session to push Luke Mossey back into fifth place after he has a small crash when he slid out at the Chicane.

Danny Buchan had another positive session in sixth place as he edged ahead of Tarran Mackenzie on the second of the McAMS Yamahas and Michael Laverty on the leading Tyco BMW.

Jake Dixon had been running third in the early stages of the session but he later dropped to ninth place with Richard Cooper completing the top ten, pushing championship leader Leon Haslam into eleventh place. 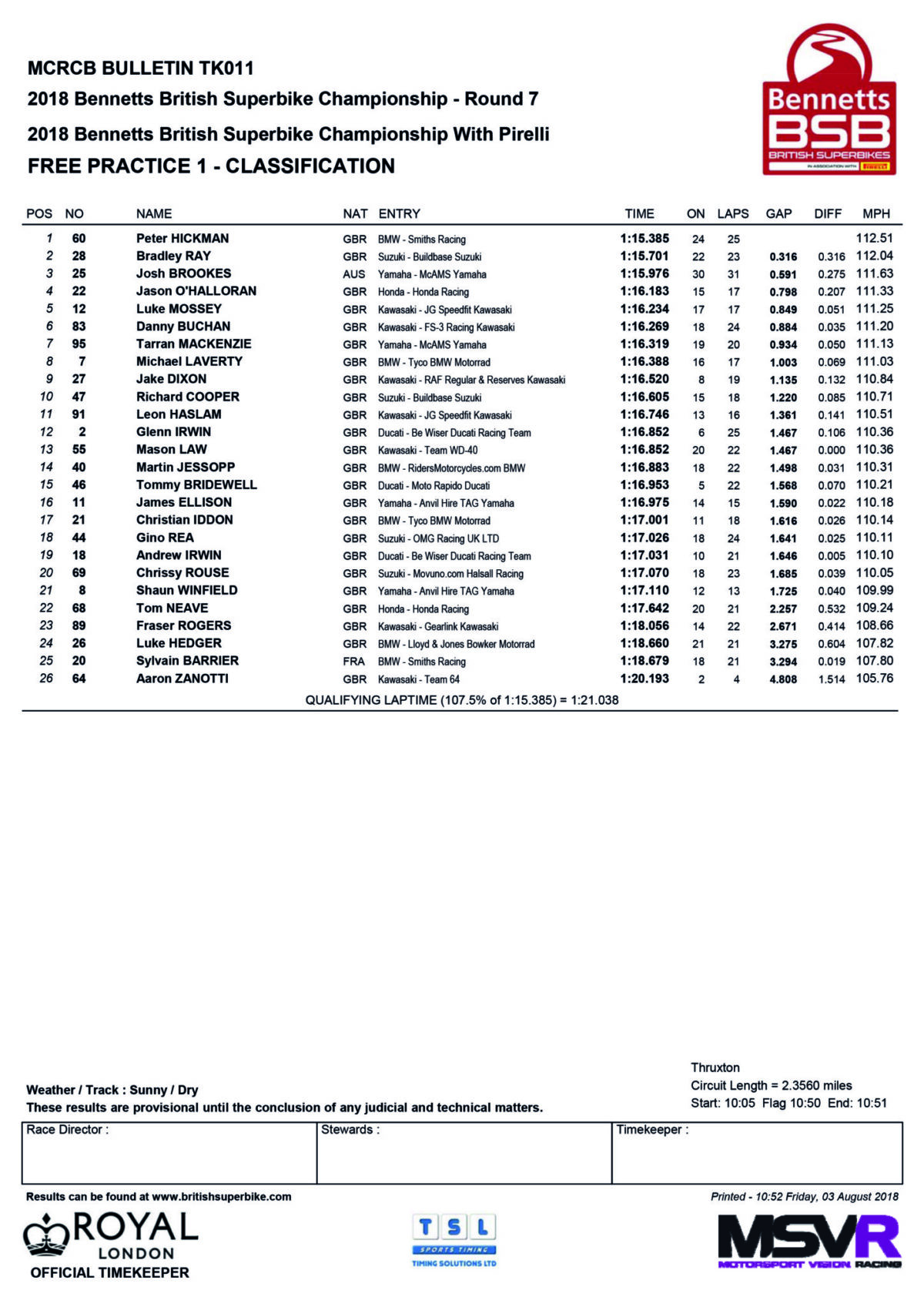