A motorcycle that attaches to planes to increase their range was among a range of ambitious projects that received a share of £700,000 to improve UK transport. 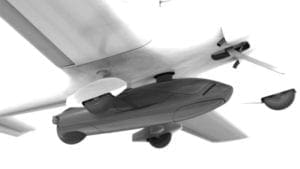 The Department for Transport has pledged to spend a third of its procurement budget with small- and medium-sized enterprises by 2022, aiming to provide inventive solutions to transport issues – and the University of Nottingham has received funding for its ‘range-extender hybrid-electric motorcycle’, known as RExMoto.

The University of Nottingham claim the RExMoto would be able to be used as a standalone road vehicle, but would also be capable of being attached to an electric aircraft – providing extra range and converting the plane from an electric to a hybrid vehicle.

Research fellow and concept designer Richard Glassock said: “As aircraft of the future adopt more electrical systems, we need engineering solutions to overcome current limitations. With RExMoto, leisure craft will be able to fly much further for much longer, offering pilots and owners of private two-seater or four-seater aircraft real benefits when commuting.”

We still don’t know a huge amount about the specifics of the RExMoto – but the University of Nottingham has confirmed that its engine, generator, chassis and drive structure would have a novel layout, and claimed that the entire unit would weigh 125kg or less. Plus, it would come with retractable wheels to help minimise drag while RExMoto is carried beneath an aircraft’s fuselage or under a wing.