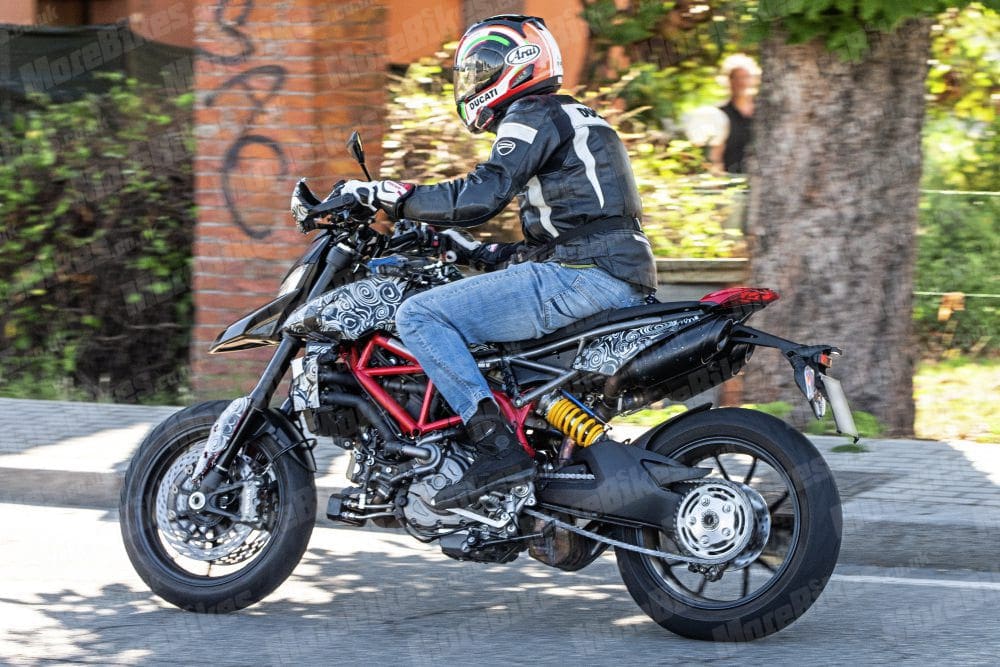 We first showed you these spy shots of the 2019 Ducati Hypermotard snapped out and about a couple of months ago ahead of its official reveal which is due to happen anytime about now, so it’s worth us reminding you that this motorcycle is on its way from the Italian factory. Expect it soon.

From what is on show in these terrific spy shots, there’s some pretty big changes to the hooligan machine on the way. 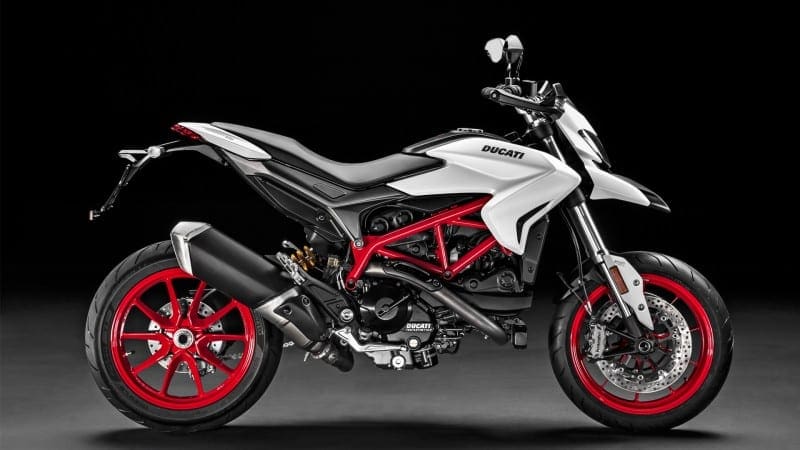 Whilst the 937cc, 113bhp motor remain the same as the current bike (above), the radiator is new – larger with revised bodywork shrouds to direct as much cooling air to the unit as possible. 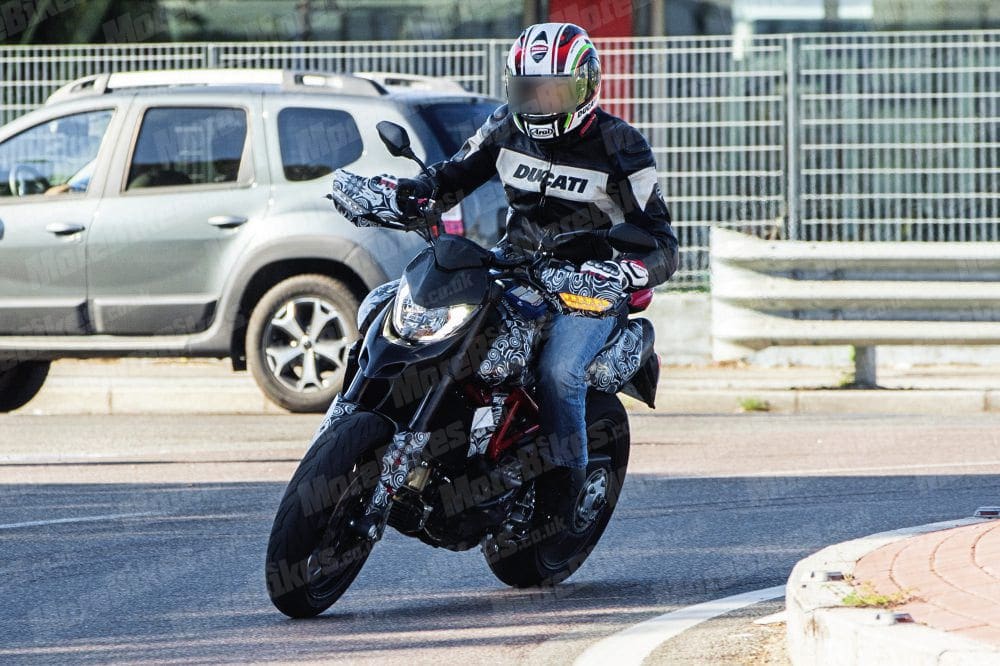 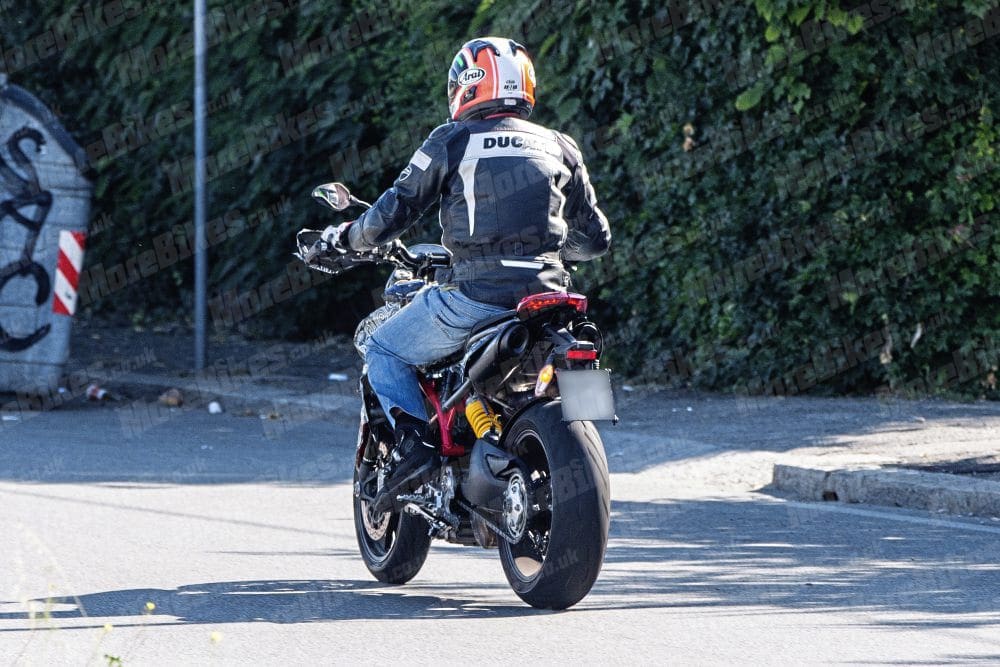 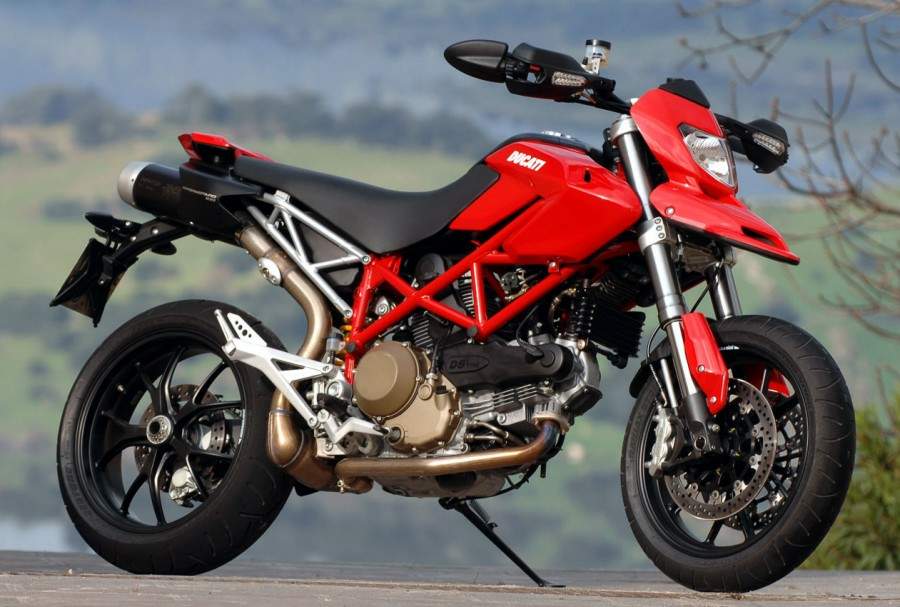 The subframe isn’t the only design elements that next year’s bike shares with the original, like the first version of the Hypermotard the new bike is getting two underseat exhausts whilst a large, Euro 4-friendly catalytic box is sited under the engine.

Expect the bike to make an appearance any time now with it being shown in the flesh for the first time at EICMA this November when it will then be officially included as part of Ducati’s 2019 line-up. 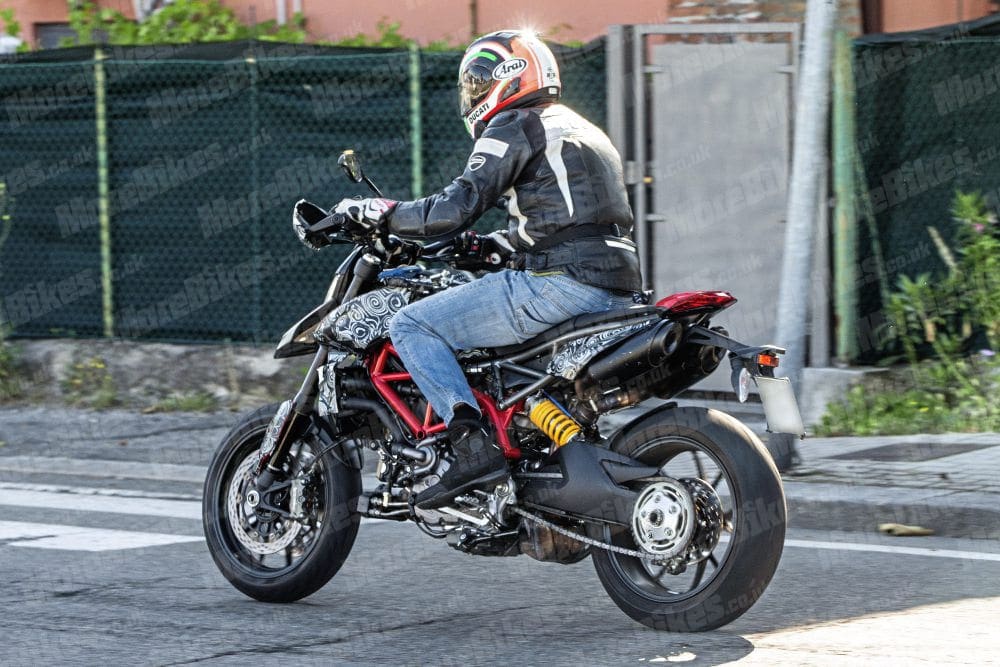