Yamaha’s new YZF-R3 has been caught on camera while out and about testing – and from what we can see in the snaps, the latest version of the potent A2-licence sportbike is well on its way to production. 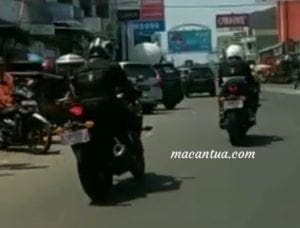 There’s been talk that Yamaha has been hard at work developing a new R3 for well over a year, and it seems we’ve finally been able to confirm an updated version is on the cards – thanks to some spy shots posted by the folks at motoring portal, Macantua 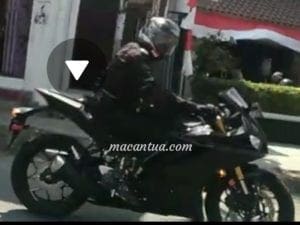 A couple of next-generation Yamaha YZF-R3’s were spotted while testing – and the shots reveal some interesting details about the updated model. First off, it seems very likely that the fairing on the next-generation R3 will be completely different from the current model, instead it looks like it’ll be pretty much identical to the bodywork of the new 2018 Yamaha YZF-R15 – with a dual LED headlight (and an air intake) at the front. If you haven’t heard of the R15, don’t be surprised – it’s not actually imported to the UK – but for reference, here’s what it looks like. 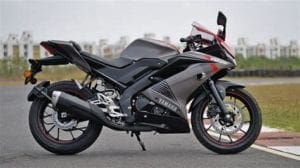 Another notable upgrade is the addition of a set of upside-down telescopic forks up front, replacing the conventional units used on the current generation machines. But apart from that, the new R3 doesn’t appear to all that different from the existing models. That’s not to say there won’t be some massive changes to the powerplant, or some radical new graphics – but at this stage, we still don’t know. 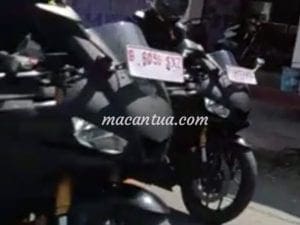 Admittedly, the current YZF-R3 is powered by a potent 321cc liquid-cooled, 4-stroke, in-line 2-cylinder, fuel-injected engine that is tuned to produce 41bhp @ 10,750rpm and 29.6Nm of peak torque @ 9,000rpm – so chances are, it won’t get a massive overhaul. However, there have been rumours that the engine could receive a selection of improvements to increase its performance and also its durability – with suggestions that the engine will be capable of revving up to 15,000 or 16,000rpm, thanks to the incorporation of forged pistons as well as a variable distribution system and anti-rebound clutch.

There are also other improvements in the works, including traction control and ABS – but for now, we’re going to have to sit tight and wait for the big reveal. At the minute, we don’t even know when that’ll be – but looking at the new R3 in action, it’s certainly possible that Yamaha could have it ready for 2019.