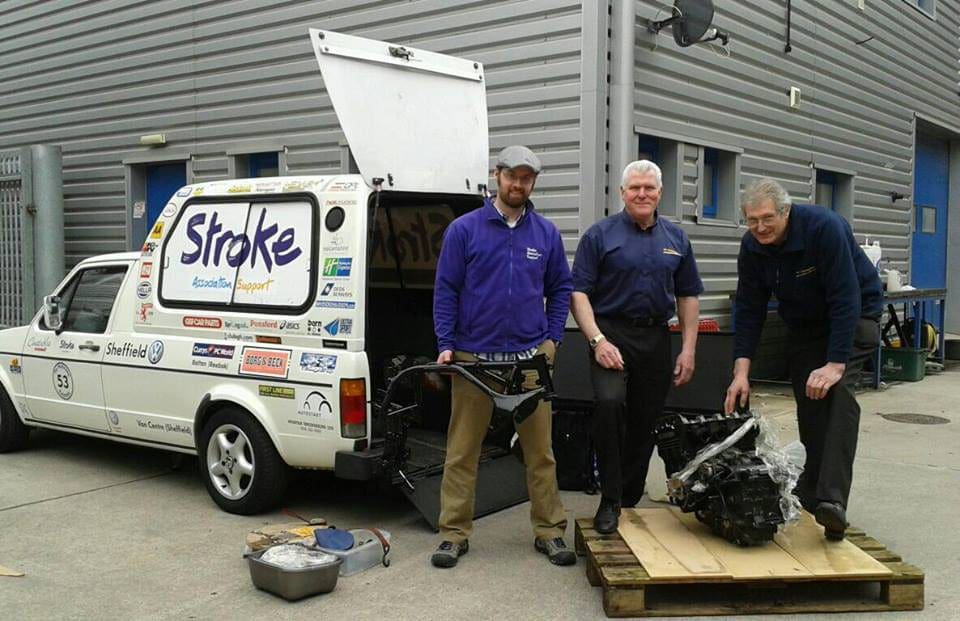 In 1984 the Isle of Man production TT race for machines up to 1500cc was won by Geoff Johnson on the first ever Kawasaki in the famous Ninja line, the GPz900R.

Now, exactly thirty years later, a rider representing  the Stroke Association Support charity is going to complete  a lap of the famous 37 ¾ mile circuit on a restored example of the same machine to raise awareness and funds.

The driving – or rather “riding force” – behind the project is 41 year old Jay McGreneghan who has devoted his energies over the past year to volunteering at the charity’s Sheffield  base collecting furniture and other items to sell and raise money for a cause which, for him, has close family ties.

“My father has been debilitated by a series of strokes and, for the past ten years, has been bed bound. Being a fan of the GPz, or Ninja as it was known in America, the idea for some kind of awareness raising activity was always going to be based around my passion for two wheels and these Kawasaki bikes in particular.

Thanks to their Ninja 30 celebration I have support from Kawasaki Motors UK and also via GT Motorcycles and boss, Mike Grainger, the man that originally supported Geoff Johnson all those years ago.

With Mike and his team assembling the bike plus a raft of parts, advice, support and donations from across the UK motorcycle and accessory industry, we hope our goal to ride a fund raising lap of the world famous Isle of Man mountain course during practice week of the TT in late May will be achievable”.

The first of its kind, the charity was set up in the heart of Sheffield selling quality furniture and electrical items, clothes, shoes and handbags, toys, bric-a-brac, accessories and DVDs.

Jay’s personal comments: “The charity has helped me and my family cope with the difficulties we face dealing with the after effects following dad’s series of strokes, which have left him bed bound for the past ten years.

For the past year or so I’ve been volunteering several days each week using my old Volkswagen Caddy to collect and deliver for the shop”.