We’ve been sent a CARB homologation document which FINALLY confirms that Honda’s CBR600 is set to make a return.

We’ve been telling you that Honda’s iconic CBR600 would be back for over two years, and a CARB homologation document submitted by Honda in California on August 16 has revealed a handful of details about the new 2019 model. First off, it looks like the new CBR600RR will be 10kg lighter than the current, outgoing 2016 model – and we also know it’ll be a hot-to-trot supersport machine, with a 599cc powerplant. 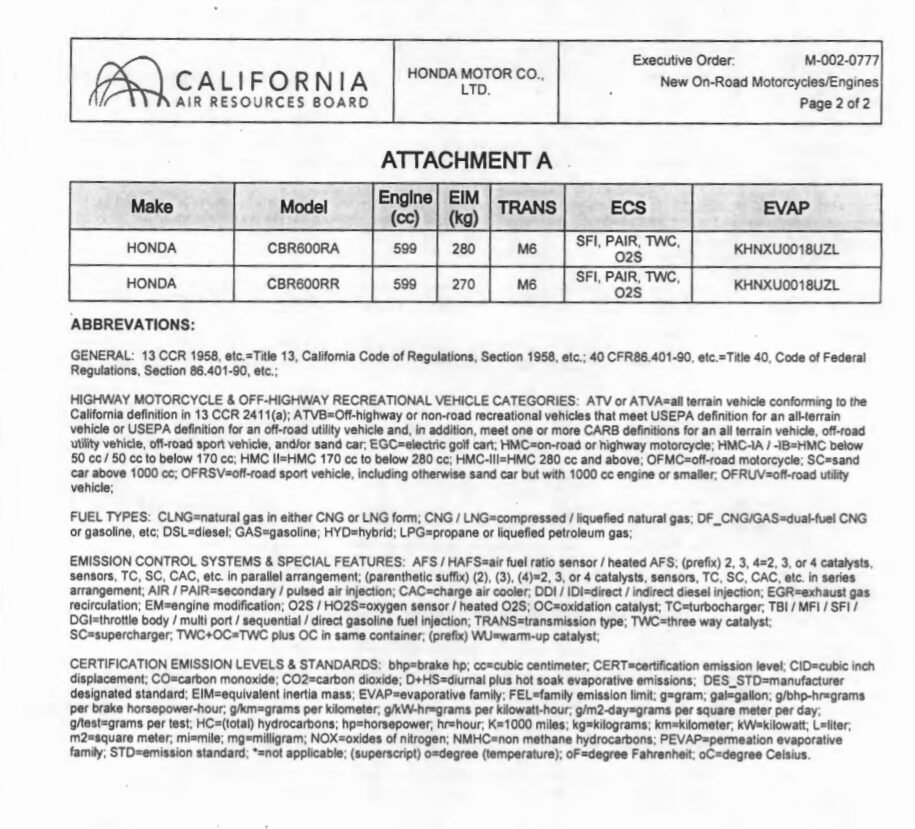 In 2016, we brought you news that Public Relations Director of Honda France, Bruno Chemin said: “If you ask me if this is the end after nearly 30 years of the CBR600 then I would say that simply, we can not be so categorical. The development is suspended and there are currently no plans for a future CBR600. But nothing forbids us to return to class in a few years, if the market has changed.”

And it seems like the market’s changed enough for Honda to make the leap and reintroduce its iconic supersport machine. We can’t wait to see one in the flesh.

It’s still an interesting choice – because most manufacturers haven’t made any updates to their Supersport 600 models for a few years, as a result of the audience continuing to dwindle. At the minute, only the Yamaha YZF-R6 and the MV Agusta 675 have been homologated for the consumer. However, there are now rumours circulating Kawasaki is working on a production version of its ZX-6R (in 636cc and 600cc form) – so it makes sense that Honda would want to get back in the game with its updated CBR600RR.