Arai has just launched a couple of special versions of its RX-7X SP sports helmet. And they are dedicated to three-time world champion Freddie Spencer. 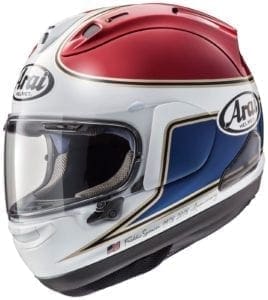 Way back in 1983, Freddie Spencer became the youngest 500 World Champion in history, beating Kenny Roberts (and his Yamaha V4) on his three-cylinder Honda. Admittedly, Marc Márquez broke that record in 2013 – but Spencer has still got a place in the record books, thanks to winning both the 250 and 500 championships in in 1985 (a feat that no-one has managed to replicate since). 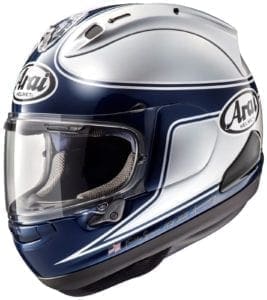 And to celebrate ‘Fast Freddie’s’ impressive achievement, Arai has created an Arai RX-7X 40th Anniversary lid (in a couple of different colours), celebrating his first American national title back in 1978. Admittedly, they’re not cheap – and will set you back just shy of £800 – but you’re getting a top quality, race-spec lid, kitted out with the colours of one of America’s most iconic motorcycle racers.