MotoGP: Silverstone STILL on the calendar for 2019.

We’re over halfway through the 2018 MotoGP season – and with the end in sight, the provisional calendar for next season has been unveiled. The announcement from MotoGP comes as Silverstone’s CEO Stuart Pringle promised a full investigation following the cancellation of the British GP. 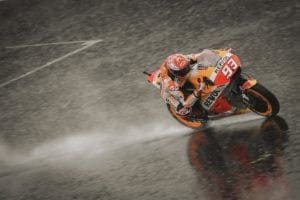 Heavy downpours left thousands of racing fans unable to watch the action at Silverstone, with MotoGP, Moto2 and Moto3 racing cancelled as a result of bad weather and water on the track. Following the cancellation, Pringle said: “We will conduct further investigations into this matter immediately to understand if our newly reasonably-sounding track played a crucial role in the cancellation of the Grand Prix. We will review all the data we have, and together with the contractor, Aggregate Industries, a full investigation will be carried out. I do not want any doubt and we will also trust an independent third party. We have to understand what happened.” 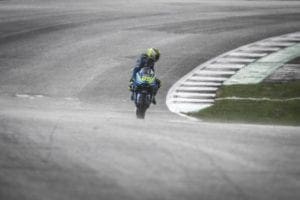 And it seems Pringle’s promise to investigate is enough for MotoGP, FIM and Dorna to commit to returning to Silverstone next year. Admittedly, late in 2017, Silverstone announced a three-year deal to host the races in 2018, 2019 and 2020 – and that’s fairly unlikely to change. Plus, the only other British circuit which has hosted MotoGP is Donington Park, who were offered the chance to host the round in 2015, but pulled out as result of financial difficulties.

There’s a lot happening next season – including the introduction of the FIM Enel MotoE World Cup, while Triumph comes into the Moto2 fold, as the official engine supplier for the class. We can’t wait.