Following the death of Nicky Hayden last year – it has been reported that the former MotoGP champion’s family are seeking six million Euros in compensation from a lawsuit which is set to go to trial on October 10. 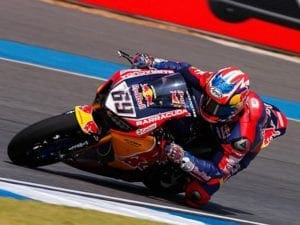 Nicky Hayden lost his life after being involved in an incident in Misano, Italy in May 2017. ‘The Kentucky Kid’ was out training on his bicycle, before being involved in a collision with a Peugeot car. Hayden was thrown onto the hood of the car, breaking through the car’s windshield. Stabilised at the Infirm of Rimini, he was then transported by helicopter to the Bufalini di Cesena – he succumbed to his injuries and died on May 22 after five days in intensive care at the age of 35.

As reported by Italian newspaper, “Il Resto del Carlino”, Hayden’s family has instructed their lawyers to pursue a lawsuit against the motorist involved in the accident. They are asking for Six million Euros in compensation for the rider’s death – the maximum amount possible for road accident damages. 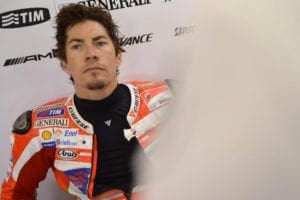 According to Hayden’s family lawyers, the driver was travelling above the speed limit for that road – 72.8 kph instead of the 50 kph limit – and that’s why he couldn’t avoid the crash which eventually took Hayden’s life. However, the defence lawyers of the driver will attempt to provide evidence which shows that even if the driver was travelling at 50 km/h, he wouldn’t have been able to stop in time to avoid Hayden – because Hayden didn’t respect the STOP sign at the junction.