Here’s the third part of Suzuki’s teaser videos for its major new model for 2019. As you’d expect, the series of videos don’t give a whole lot away – but we’ve heard from our people in Japan that this is the thirdd part of a campaign which will lay out the new KATANA, based around the current Suzuki GSX-1000S. 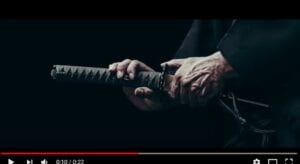 In this video, Suzuki has given us a glimpse of the bike’s tank – but that’s it at the minute. Also, there’s some footage of a Katana (sword) being drawn from its sheath. So it’s the KATANA – just like we told you weeks ago. It’s the KATANA – and it’ll look close to this (below) when it’s officially unveiled at Intermot in Cologne in a couple of weeks’ time. 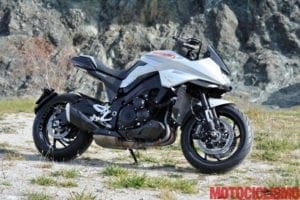 Ross Mowbray
MoreBikes Editor at Mortons Media Group Ltd.
Ross is the editor of MoreBikes (and On2Wheels) - and writes for Motorcycle Sport & Leisure and Classic Bike Guide magazine too. He started off doing laps of his parents’ garden on a Puch 50 scrambler at the tender age of 5, ruining the grass and crashing into bushes. Not much has changed since. He doesn’t discriminate; taking as much pleasure from bombing around town on little mopeds as he does crossing continents on big adventure bikes.
Editor@MoreBikes.co.uk | 01507 529529
<img src="https://www.morebikes.co.uk/wp-content/uploads/gravatar/ross-mowbray.jpg" class="photo" width="250