MotoGP: Marc Marquez ‘would give Fenati a second chance.’

Speaking to Motociclimso Spain ahead of the MotoGP of Aragón, Marc Marquez has come out in support of Romano Fenati – suggesting he deserves a second chance. 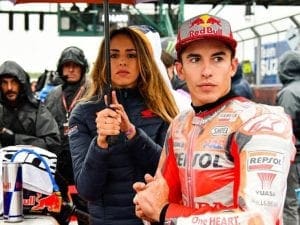 Commenting on Fenati’s brake grabbing incident, Marquez said: “I think Fenati’s action was a tough action – and that he had to have a harsh penalty. I was one of those who said it didn’t seem enough and should have been more – but I do not agree with everything that has been said in the media.”

He added: “Fenati is 22 years old so he is still maturing in life and on the track. It is clear that there must be punishment but it was not necessary to be so harsh. I do not want to say names either but other riders do similar things… Now it seems that it has calmed down a bit, I hope that it is given a second chance – I would give it to everybody “. 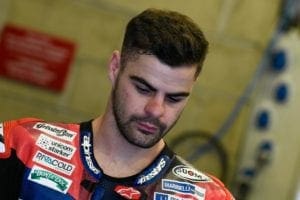 Speaking about Fenati’s potential retirement, Marquez added: “I understand the moment he said it – but I hope that in the future he will reflect and return to the tracks as he is a very talented rider. Yes, he has done very bad things and has to mature, but we are very young and we are maturing on the track and also off the track.”