After meeting with Romano Fenati, the FIM has decided to withdraw the Italian riders license for the remainder of the race season – following his ‘brake-grabbing’ incident with Stefano Manzi at the San Marino GP. 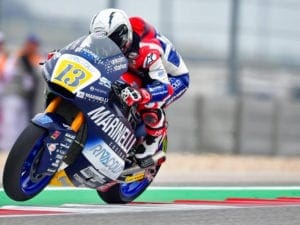 The latest news regarding Fenati’s future comes just days after it emerged that with the approval of Dorna’s CEO Camerlo Ezpeleta, he could be back on his bike in time for the Japanese GP. But that’s not going to happen anymore, with his initial two race ban extended for the remainder of the 2019 season.

The decision has been made after Fenati testified before the FIM earlier this week – and according to a statement distributed by MotoGP, the FIM international body “stressed the deep concern of the Federation for the safety of all riders and other participants in motorcycling competitions. Although they recognise that the pilots, and in particular those who reach the highest level of the sport, are subject to a lot of pressure both on and off the track, they reminded Fenati of the profound influence that high-level athletes can have on the fans, especially the younger ones. ” 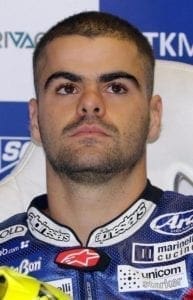 This is a departure from the International Motorcycling Federations usual actions. Until now questionable and unsporting behaviour out on the track has generally gone unpunished by the FIM – who tend to leave it up to each individual championship to deal with offenders and hand out punishments. As a result, it will be very interesting to see how the FIM reacts to future incidents on track. Maybe this is the start of a more hands on approach from the international governing body.