Spaniard beats Dovi and Marquez as the trio are split by 0.079, with the latter two playing cat and mouse in Q2 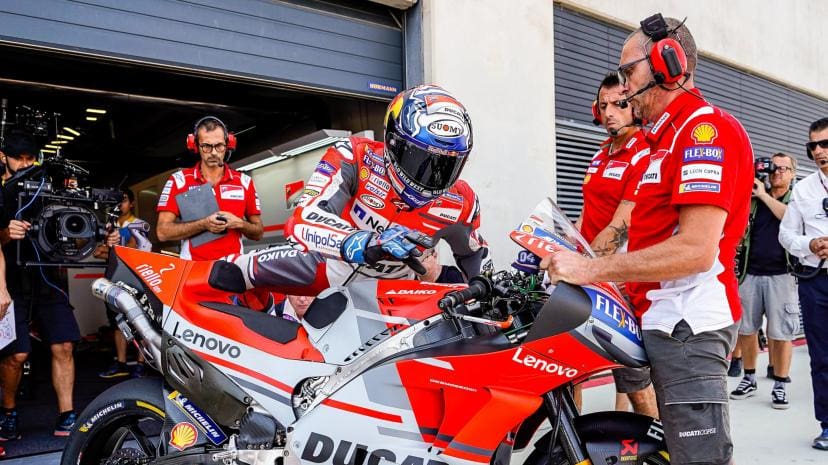 It was third place Marquez who came out the blocks quickest though, immediately clocking a 1:46.974 – the quickest lap of the weekend – on his first flying run, with Lorenzo 0.110 behind and Cal Crutchlow (LCR Honda Castrol) on the provisional front row.

The mind games then appeared as the riders came out to try and better their times. Dovizioso had Marquez lurking in his shadows as the top two in the Championship played cat and mouse, which led to both backing out of flying laps as everyone apart from Alex Rins (Team Suzuki Ecstar) and Jack Miller (Alma Pramac Racing) scrapped their opening second-run circulations.

This meant it all came down to a one-lap dash, with Maverick Viñales (Movistar Yamaha MotoGP) leading a freight train of eight riders, as Marquez clung onto the tailpipes of Dovi. The two were setting the timing screens alight but heading into Turn 12, the Honda rider slightly out-braked himself – losing a potential pole lap. Meanwhile, despite having to manoeuvre past Alvaro Bautista (Angel Nieto Team) at the same corner, ‘DesmoDovi’ went fastest by 0.065 to grab provisional pole, but teammate Lorenzo was on the prowl. Heading out slightly later than the rest of the field, the ‘Spartan’ put the hammer down and snatched pole by 0.014 – his fourth of the season and his fourth successive front row in Aragon. 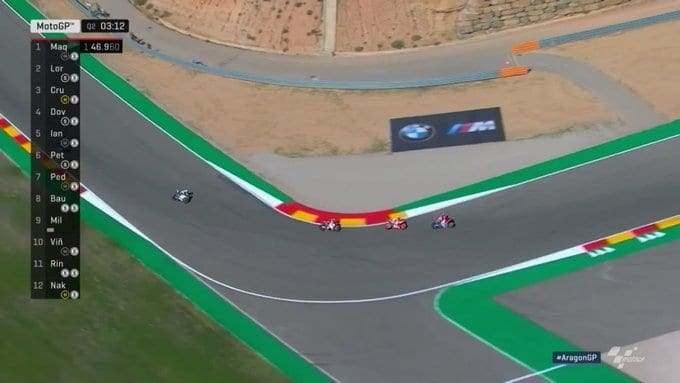