Jorge Lorenzo suffered a huge highside from the MotoGP Ducati at Thailand’s Chang International Circuit which has left the battered star with reported contusions to his wrist and ankle and heavy bruising but, miraculously, no fracture.

The gut-wrenching high-side happened during FP2 at Turn 3 on the asian track. Red flags were shown after Xavier Simeon also crashed on the same corner with debris and possible fluid on the racing line.  Lorenzo was already riding injured having broken his foot after a first corner fall at the last race in Aragon, Spain. 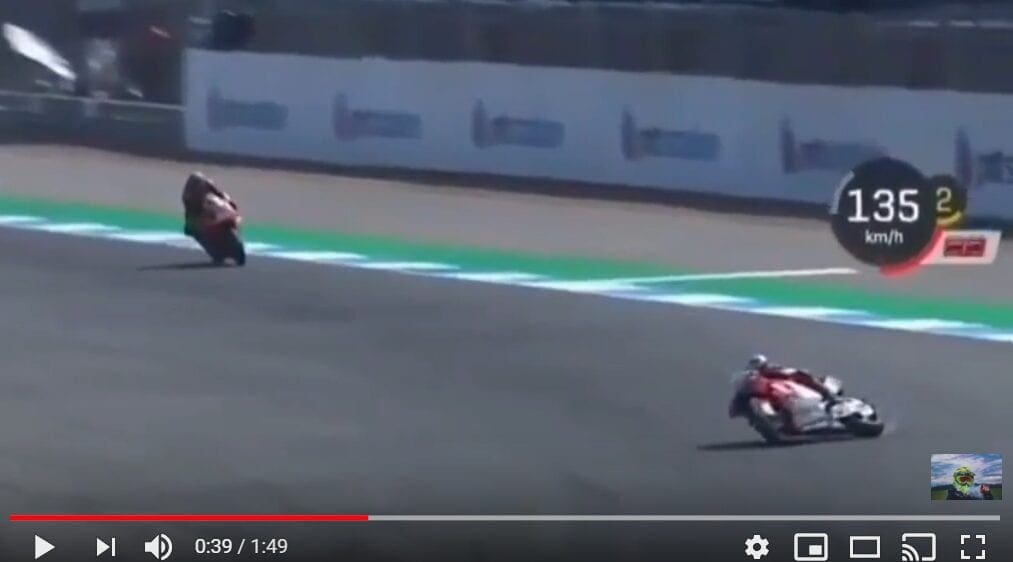 Motogp.com pitlane reporter Simon Crafar reported that Bradley Smith (Red Bull KTM Factory Racing), who was right behind Lorenzo’s crash, thinks that something went wrong with the Ducati prior to the fall. Smith also said that he didn’t see anything on the track but did slow down when he saw it going wrong. He said the bike either locked up or there was something on the track.

Ducati Sporting Director Paulo Ciabatti told Crafar: “I don’t know (what happened). I heard the same. The Italian tv was replaying the sound of the onboard and it sounded like something strange has happened.

“As soon as the bike is back in the garage we’ll download the data and find out what happened. It was a very nasty crash and we hope that it didn’t further his injury.” 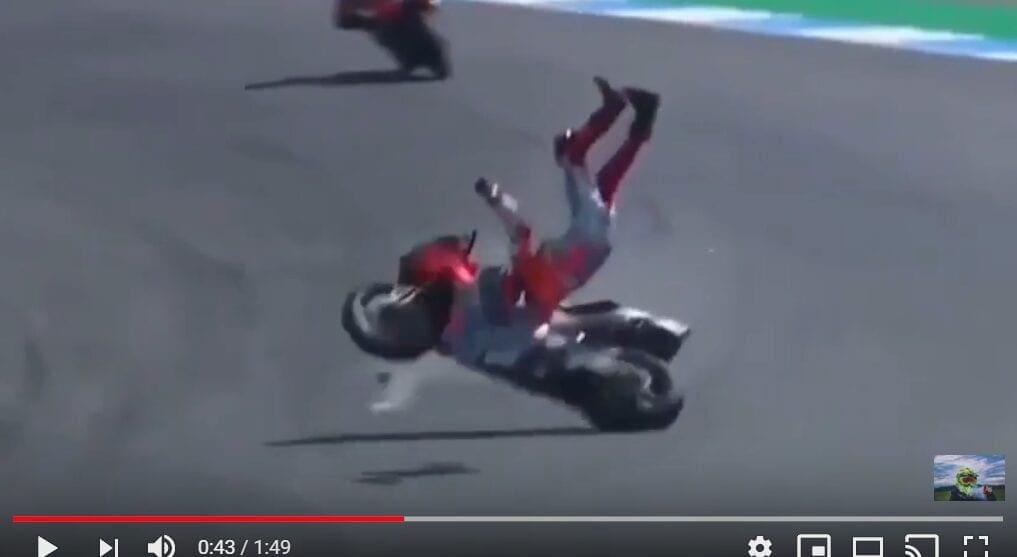