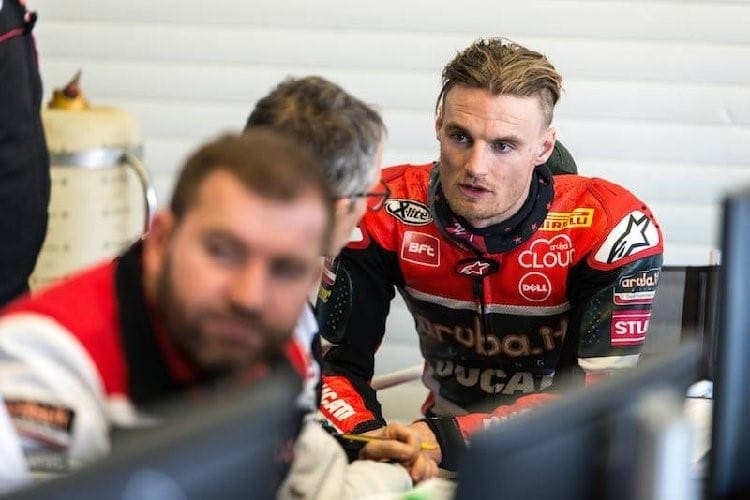 We first told you in May about Dorna’s plans to change WSB from two races to three over a weekend – and yesterday the news was officially announced with the new race happening on a Sunday morning and, reportedly, being a ‘Sprint’ race with the changes coming in for next year.

Dorna hasn’t yet given away any details about the exact format that the new race will take, but it hasn’t stopped German outlet, Speedweek.com from digging around and apparently finding out a bit more about the plans ahead of time.

According to reporter Ivo Schutzbach on the excellent site, the new Sunday morning ‘Sprint’ race will actually be used as a ‘qualifying race’ which will determine the grid for Sunday’s ‘usual’ race later on in the afternoon. Saturday’s race will stay the same as it is now – usual length, not a shorter ‘Sprint’ race.

WSB owners Dorna, have yet to confirm this and so far all we know for sure is that the new format for next year will feature usual length races on Saturday and Sunday with the new ‘Sprint’ race happening on Sunday morning. What Speedweek has suggested with the ‘qualifying’ format of the ‘Sprint’ race does make sense, but so far there’s been no outline of this from WSB bosses.

However, that plan is far from popular with at least one former WSS world champion. Chaz Davies told Speedweek.com that he can’t see the point of increasing the number of races in a bid to attract more people to watch the sport.

Davies said: “The idea with a qualifying race is okay, but I don’t think that what we have should change too much.

“I know something needs to be improved. After all, it only takes a good race on a weekend to make the people at the track and at home – but it doesn’t take three races.

“What good is it if we have three races and they are all boring?

“Then there’s a lot to consider with the TV channels. That’s why Dorna is open to everything and has discussed with the teams and manufacturers what can be changed.

“At the end of the process something should happen but we need something that’s not too crazy. I’m open to innovation – but any change carries a risk. ”