SPY SHOTS: Ducati Panigale V4 R caught out in final tests. MotoGP on the road gets more of everything 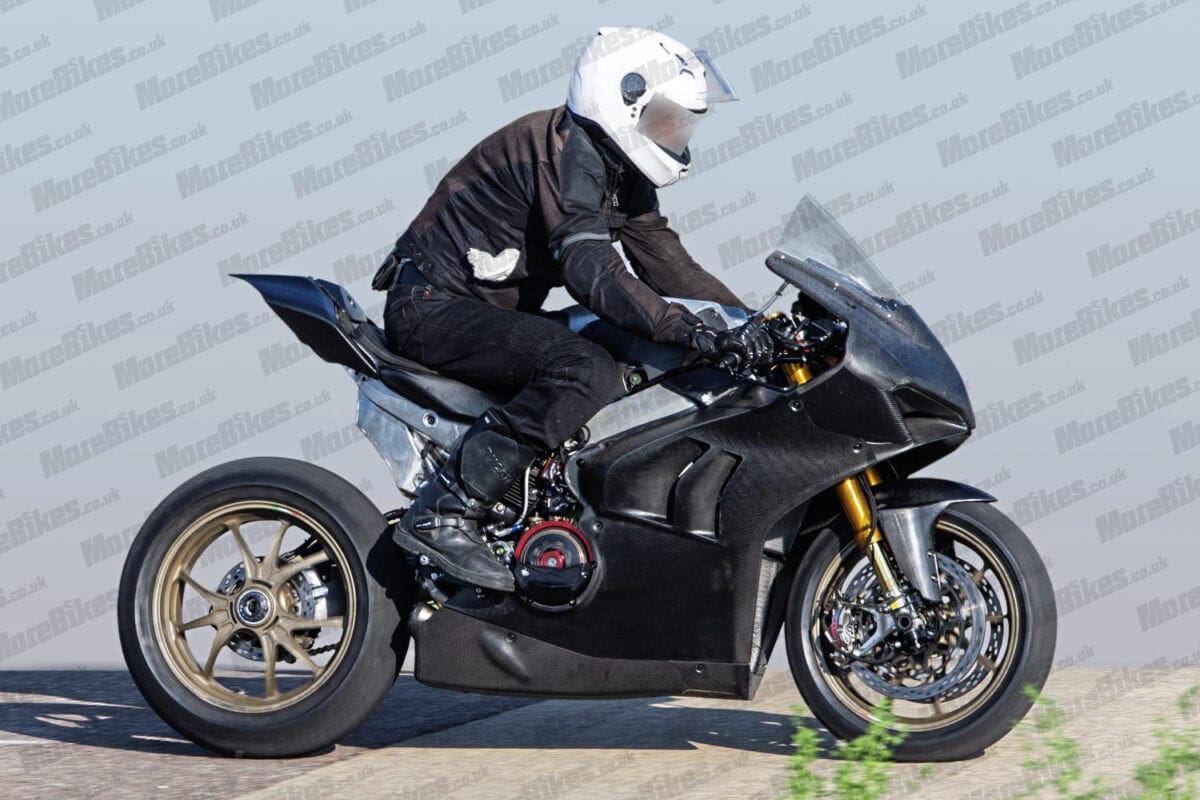 Here’s the latest spy shots of the top-top-top-of-the-top Ducati Panigale V4 R WSB undergoing final tests. This is the WSB-homolgation motorcycle that you’ll be able to buy when it officially goes on sale in a few weeks.

The bike photographed is in track trim which means that the V4 R fairing you can see here doesn’t have headlights or indicators – it will have those when it hits dealer’s though. What the R does have is winglet-mounting points so owners will be able to bolt on MotoGP style aero-changers to suit needs and riding style. 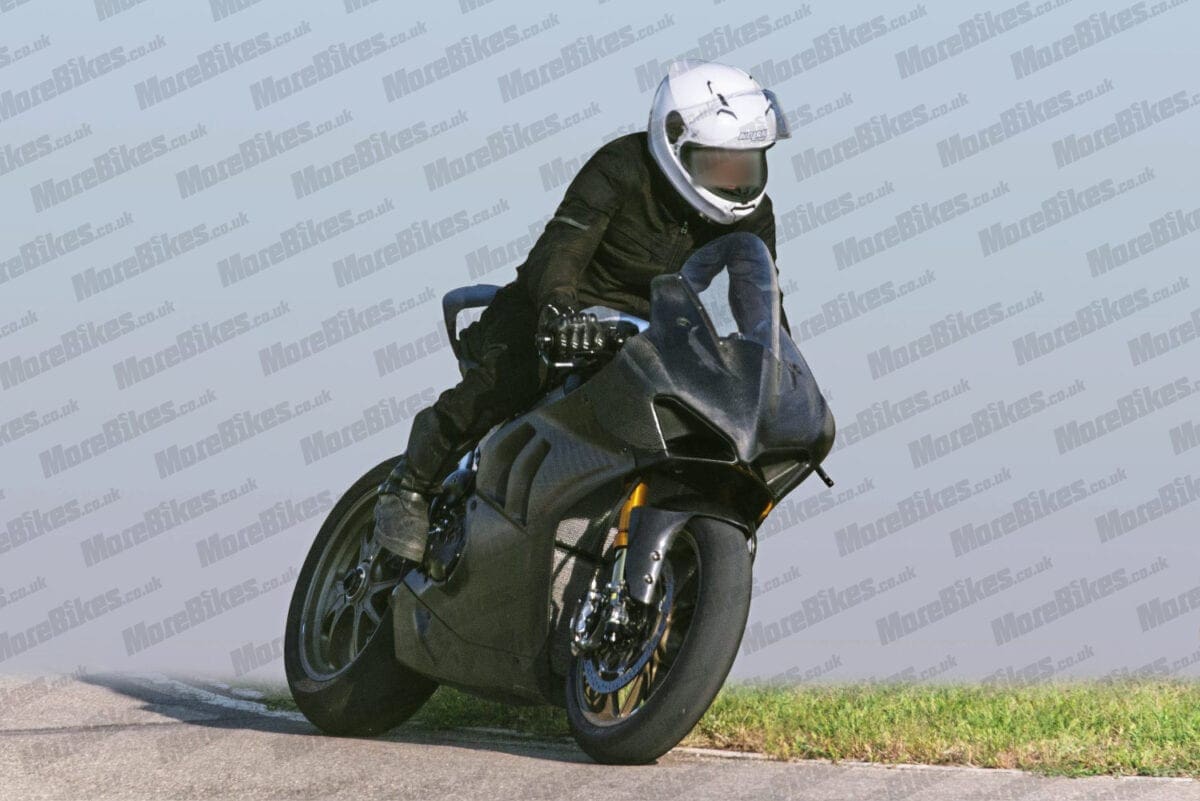 The bike also get a new, frame-hugging fairing which comes with a beautiful double-gill opening – which isn’t too far removed from similar slots on the BMW S 1000 RR. This is to increase the amount of heat being whipped away from the new bike’s engine.

The R, due to be released at EICMA in Milan in a couple of weeks time, is also fitted with a dry clutch and radically shorter exhaust. Just poking out the belly pan on the R, the stubby exhaust is hidden away so that all of the bike’s single-sided swingarm is on show. 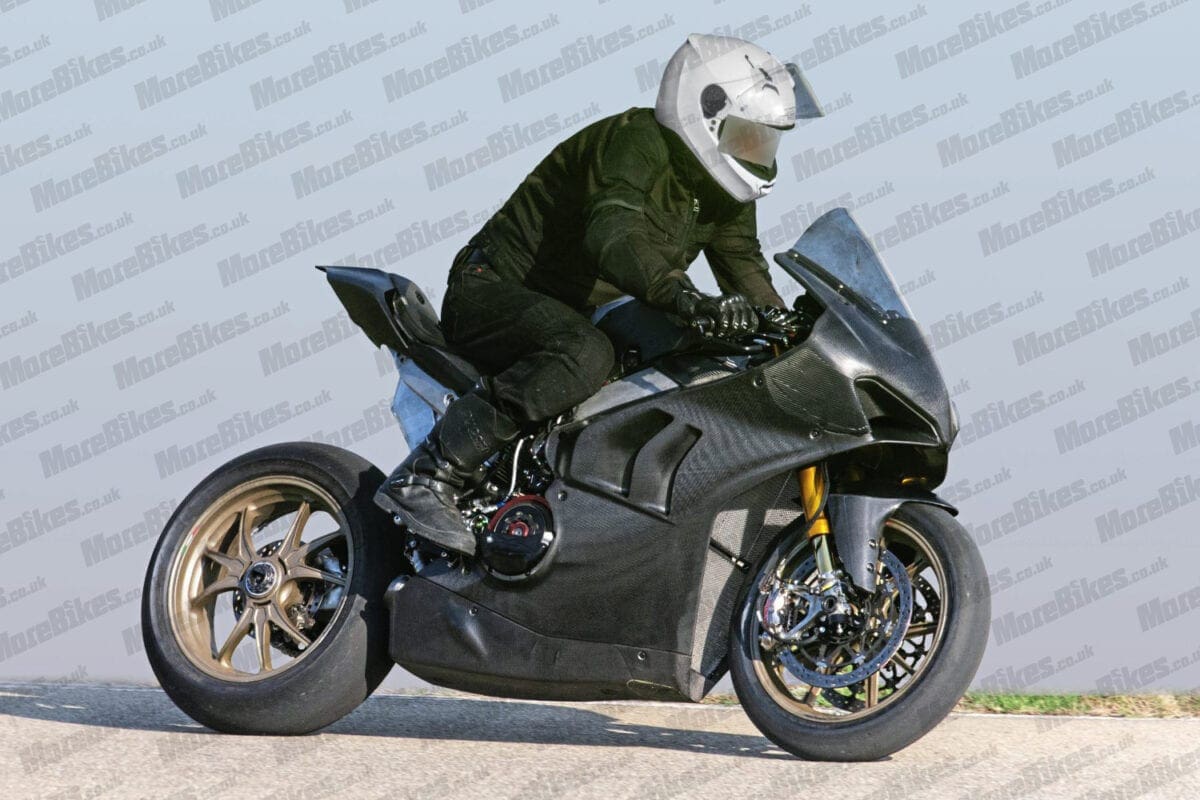