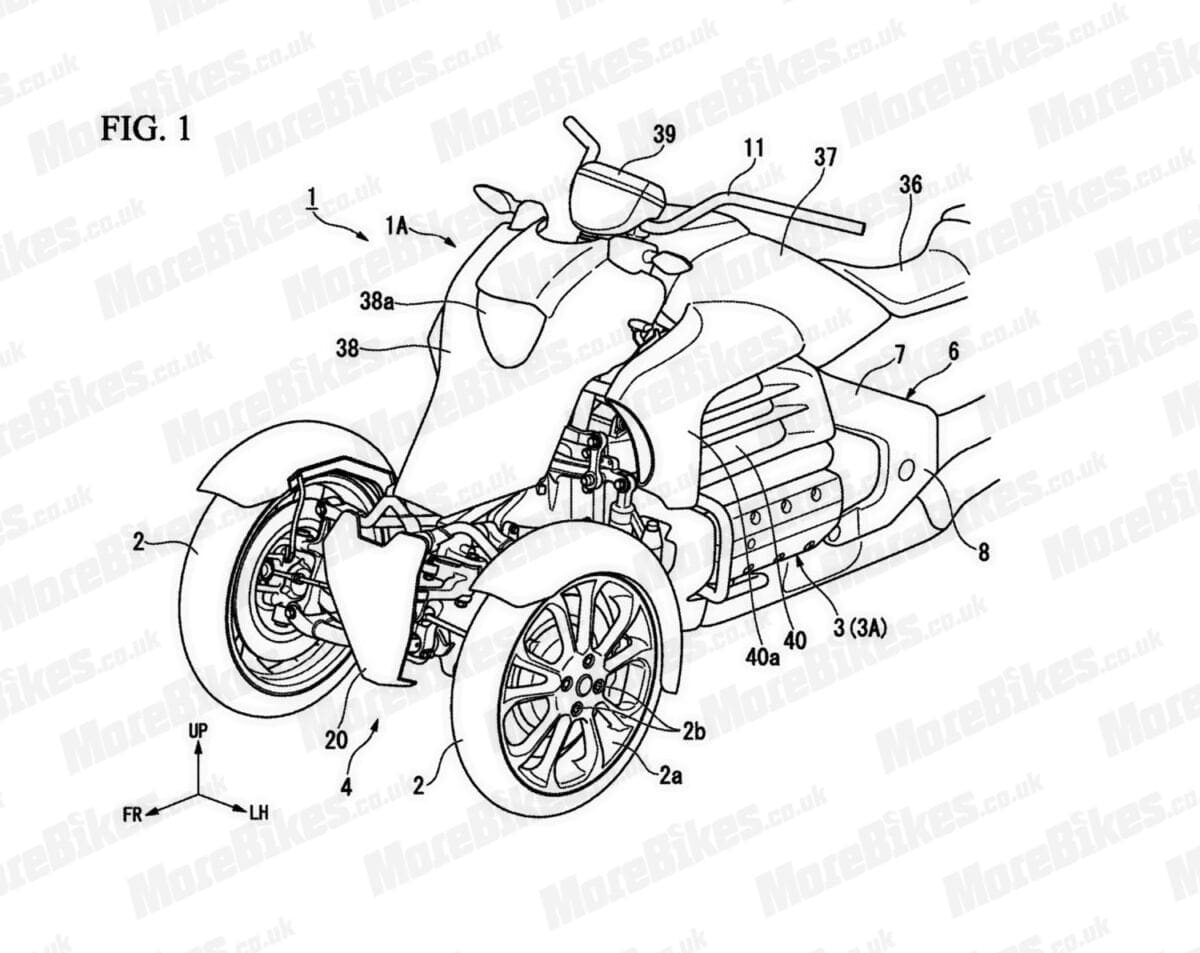 It’s been a motorcycle that’s coming ever since the prototype/concept bike was shown to the public in October 2015, and a couple of months ago Honda filed these latest designs for the production version of the huge Neo Wing. 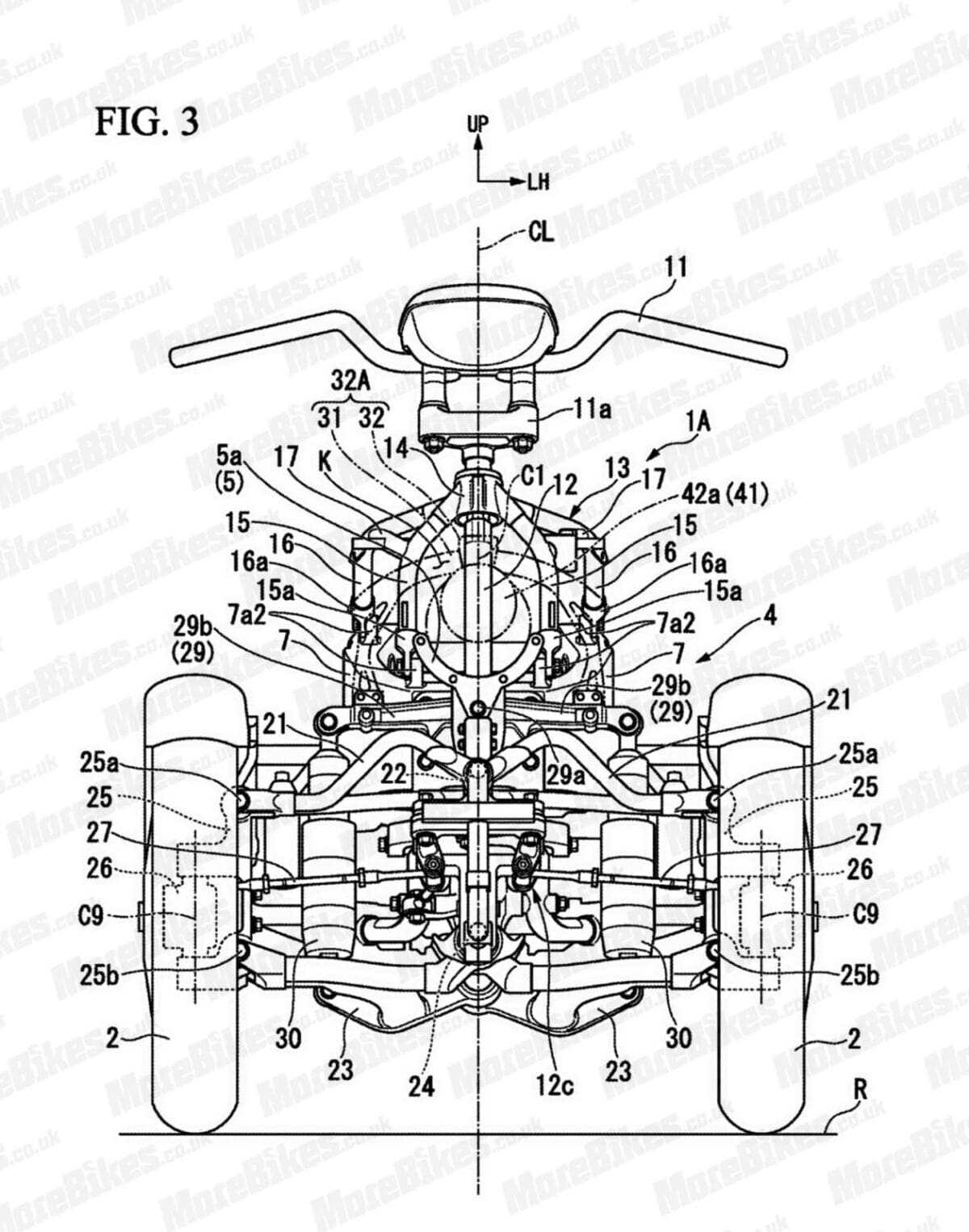 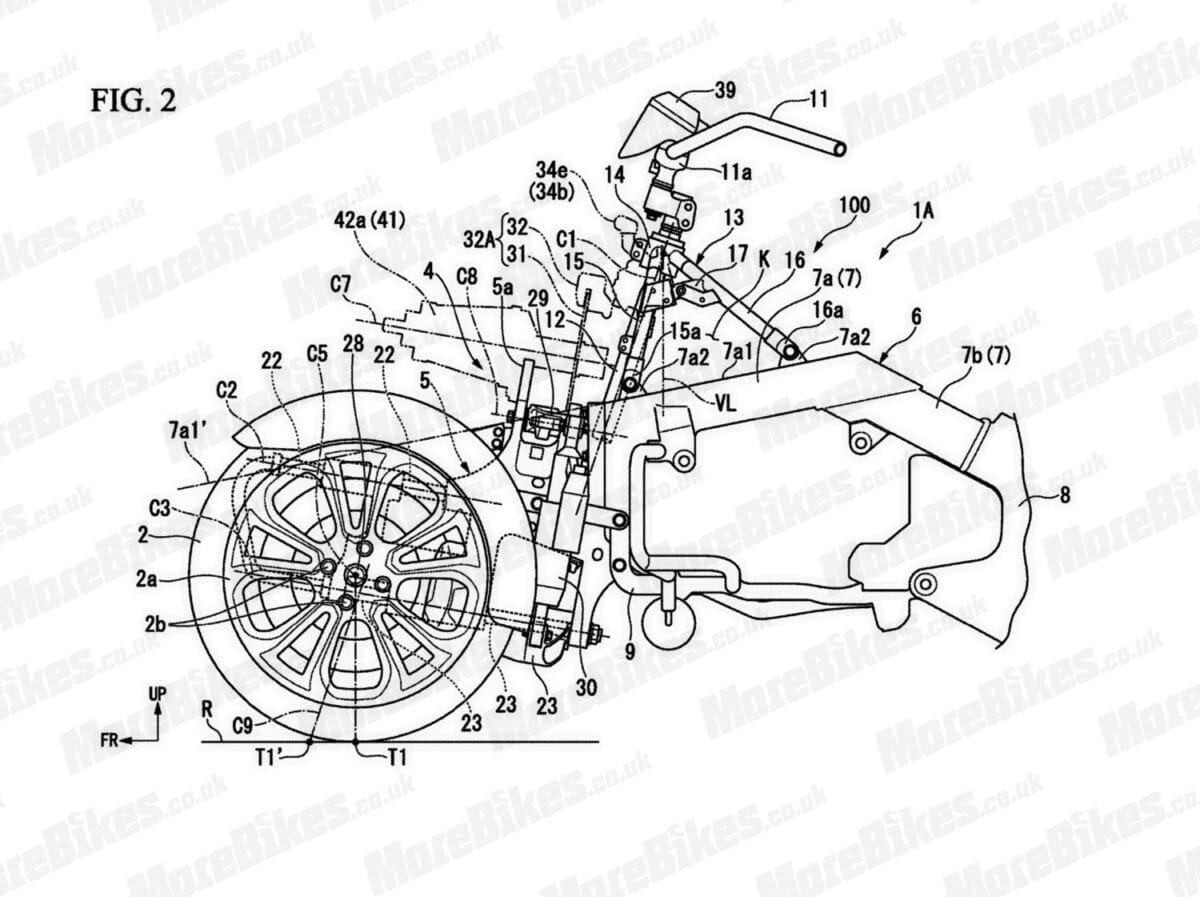 Powered by the same 1832cc six-cylinder motor that feeds the current Gold Wing super tourer, we can now be sure that the production of the Neo Wing will also run with at least one electric motor which will power the heavy steering units for the two massive front wheels. 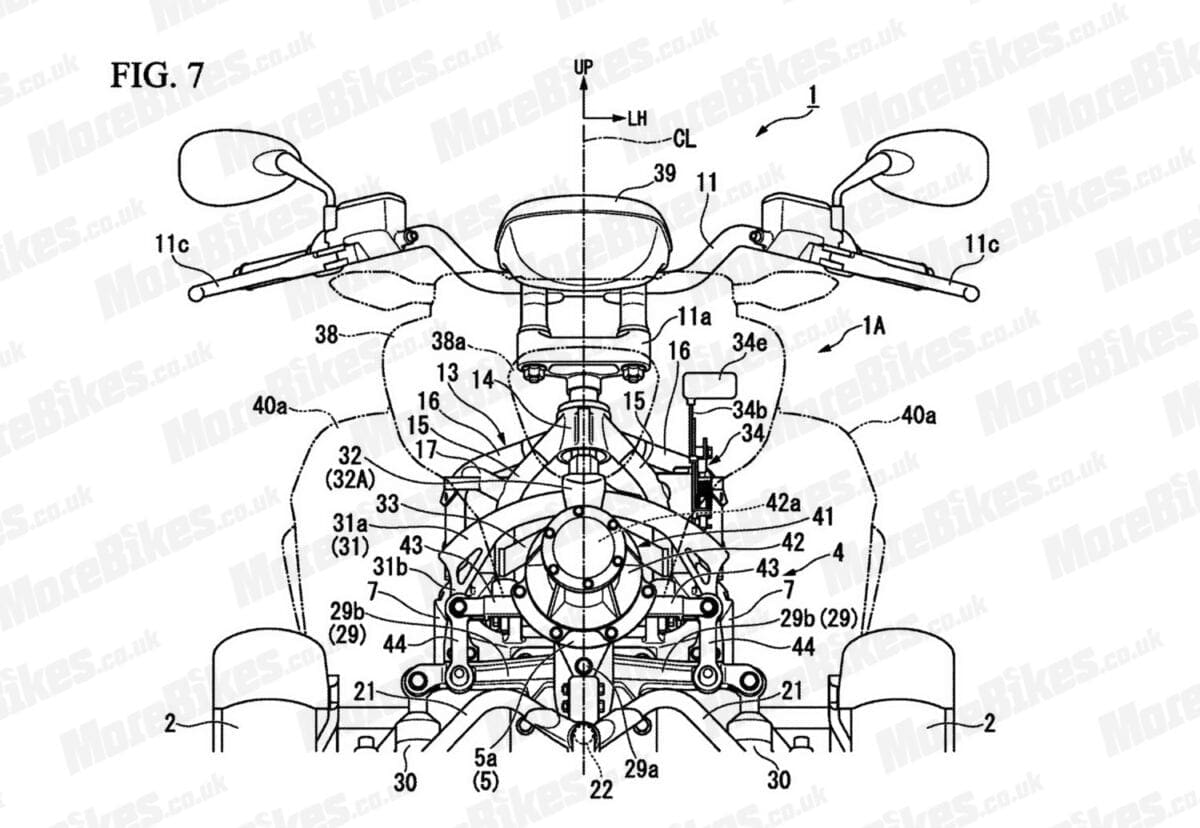 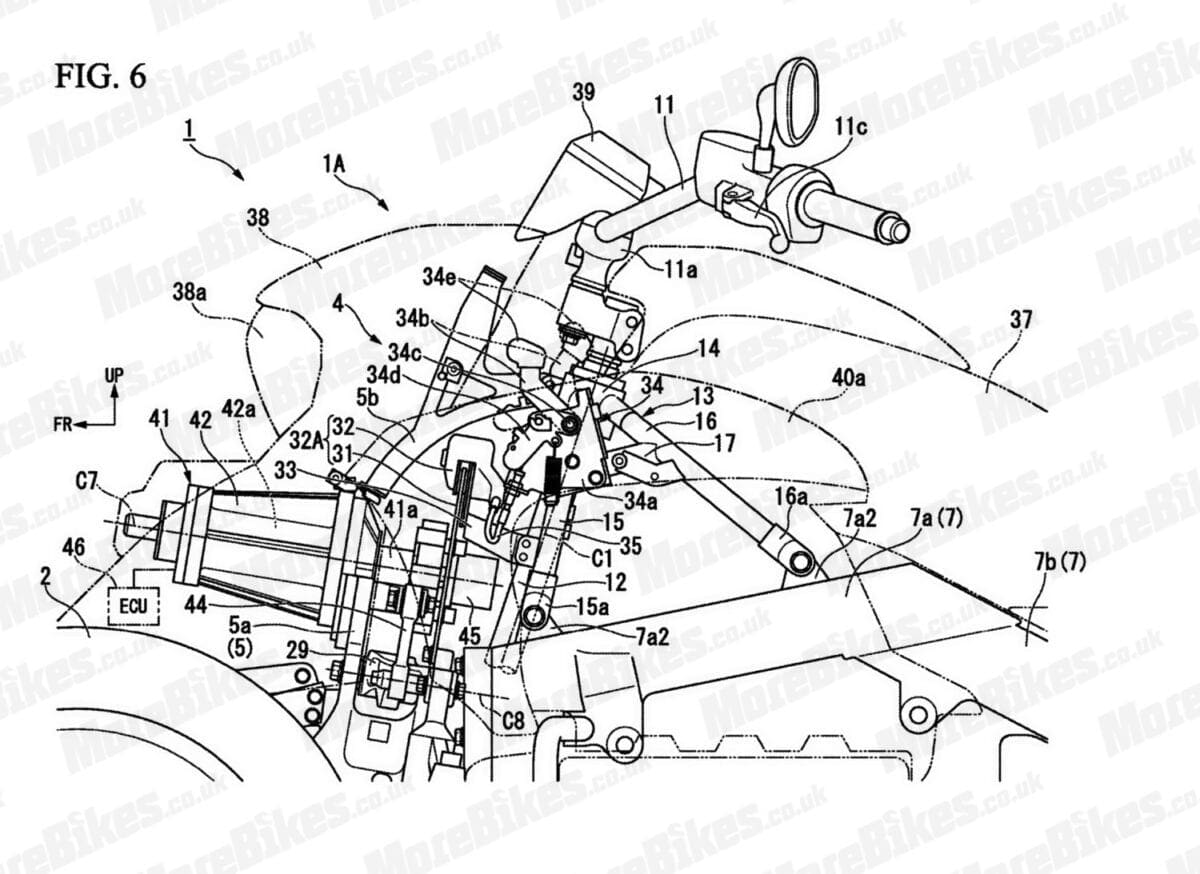 In the patent, item 41 and 42a are referred to as: “The actuator, 41, is an electric motor or a fluidic device configured to generate a torque around a central axis. A motor, 42a, (a rotating electric machine) including a stator and a rotor is accommodated in the housing.” 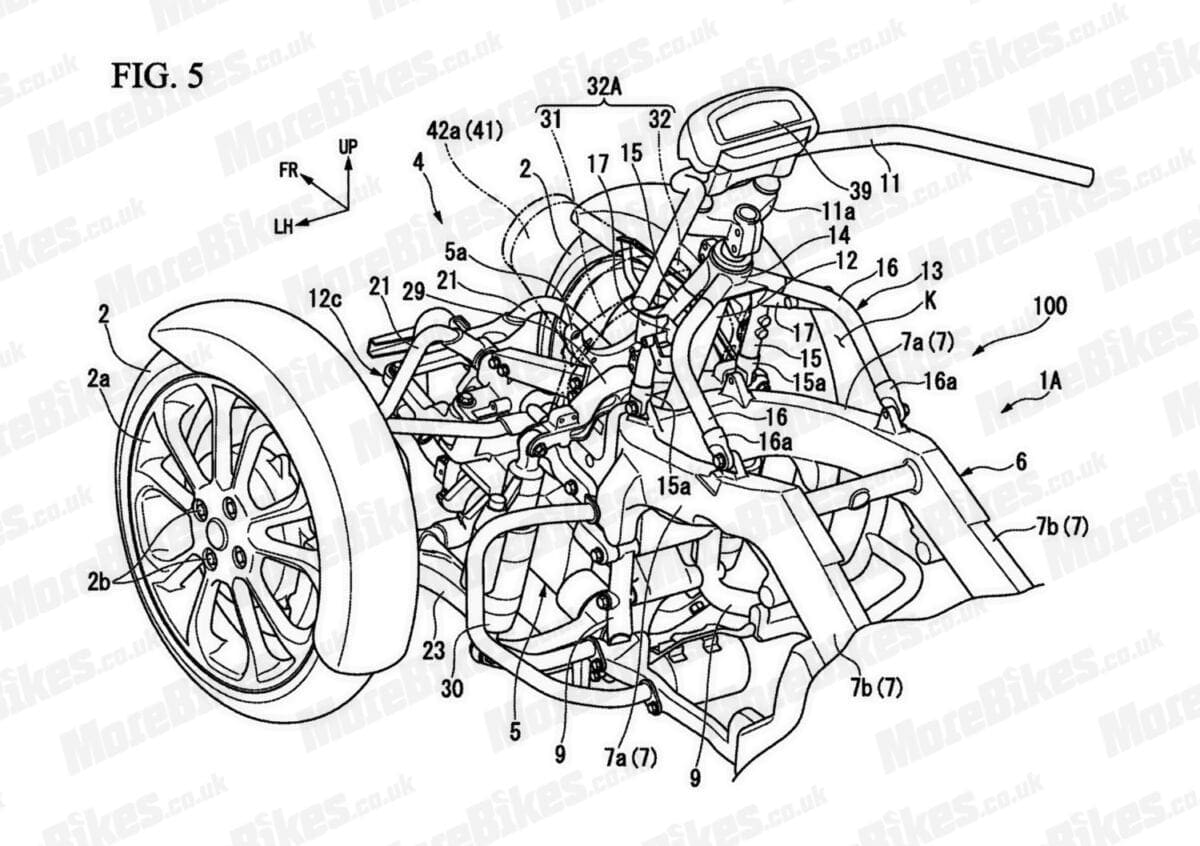 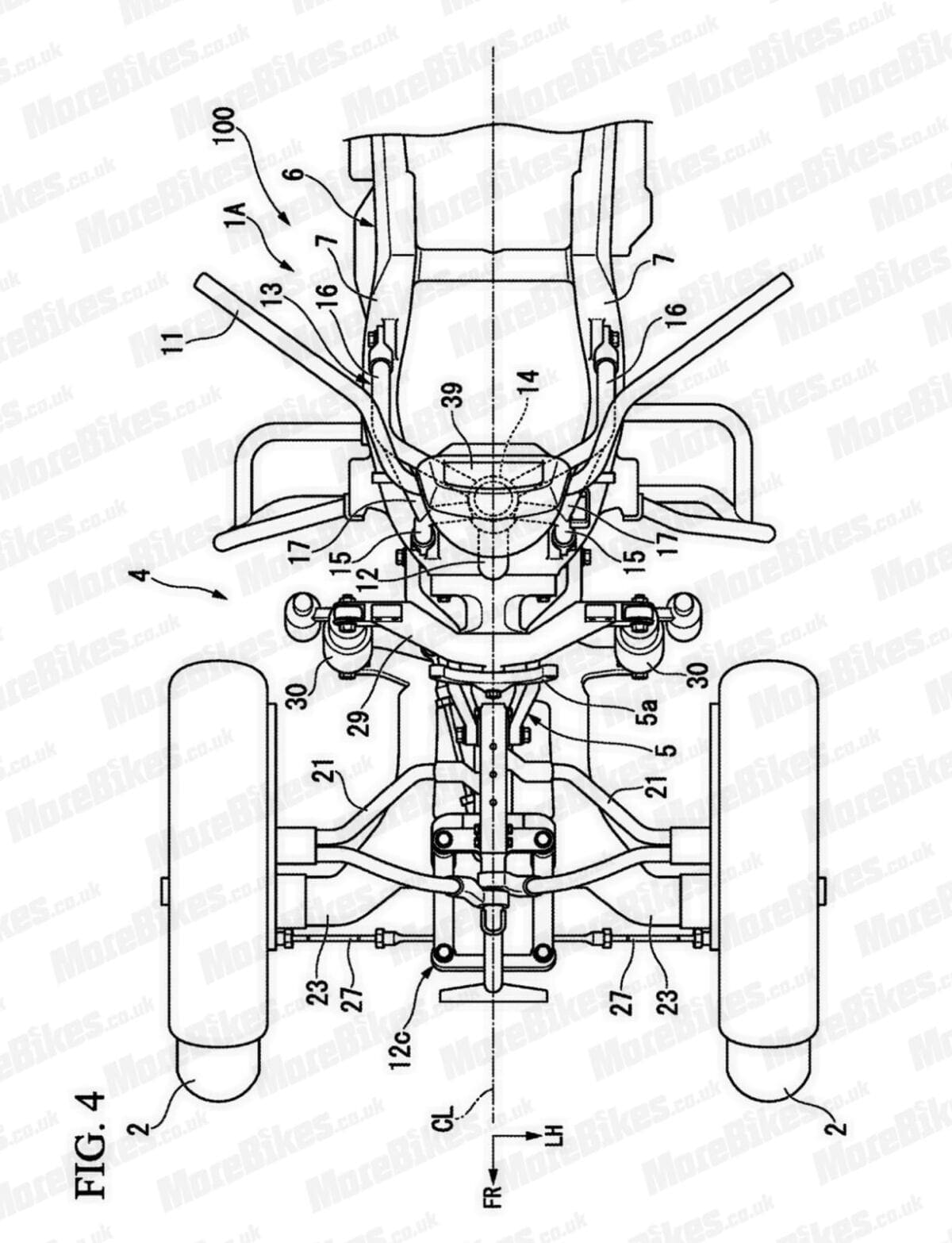 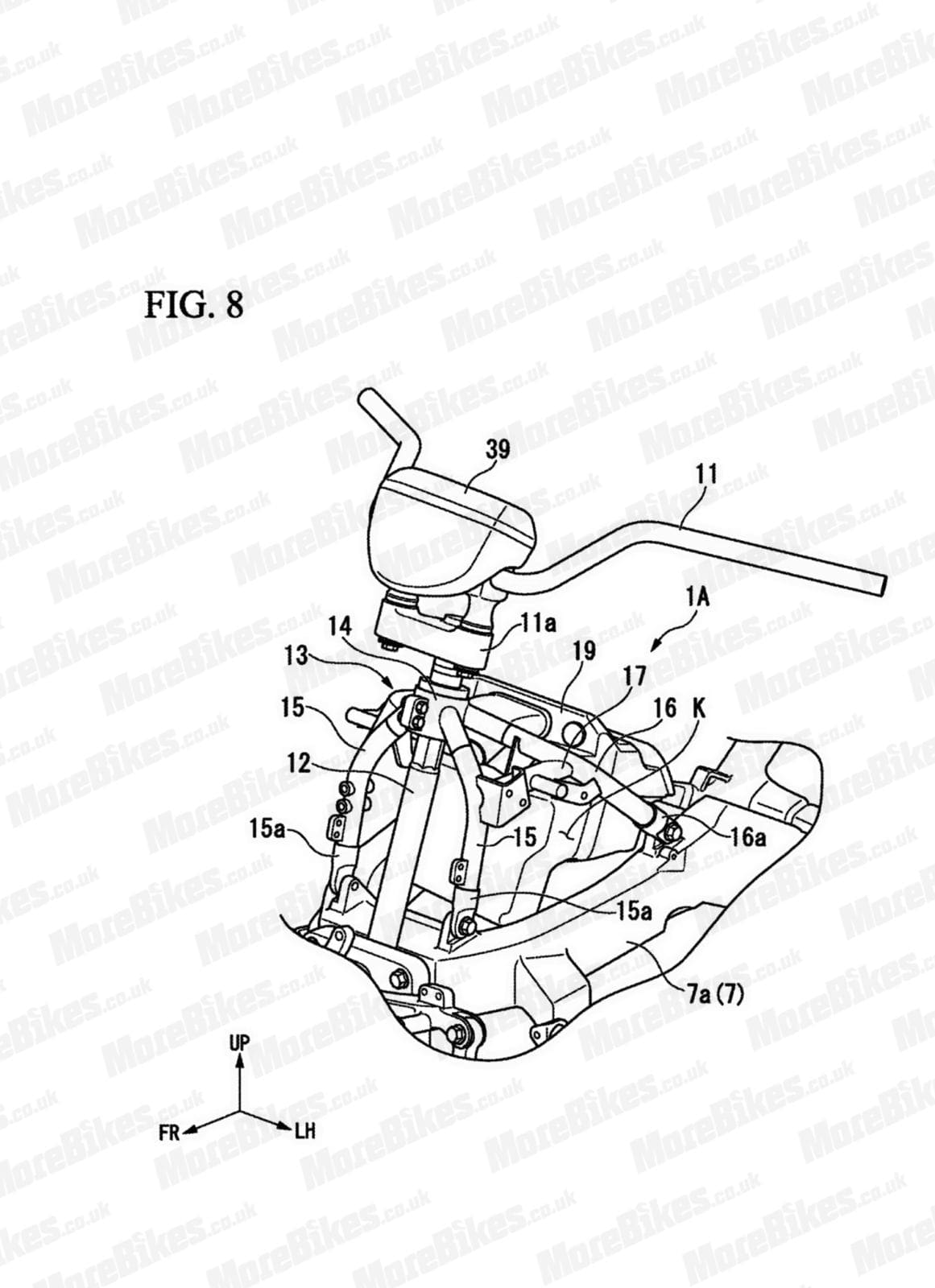 There’s no indication of when we’re likely to see this bike in the flesh – and this latest patent design is firmly set on the mechanical outlay and workings of the complex and heavy front end steering system – so we’ve clearly got some way to go before we can get out and ride a road-going version of the original Neo Wing concept (below). But Honda’s still working on this bike. It’s going to happen. 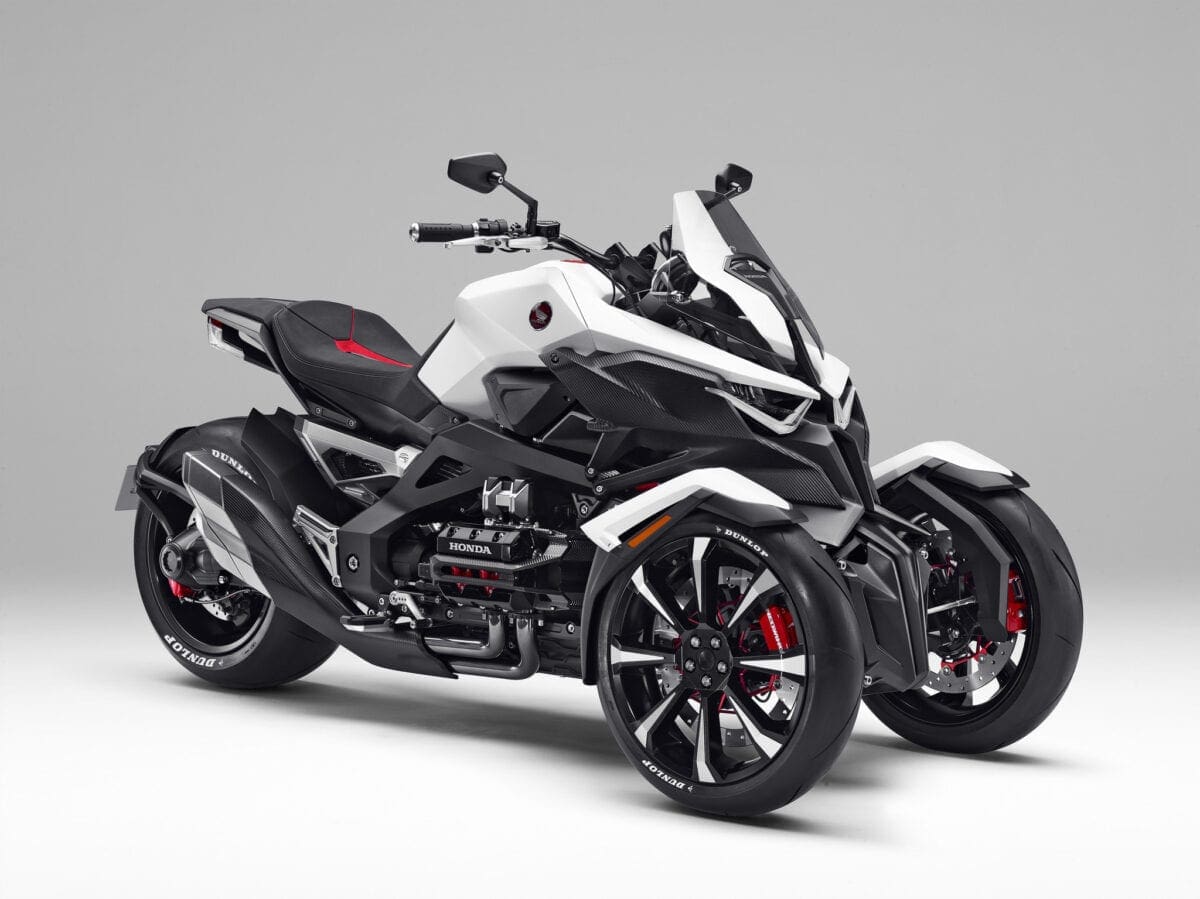 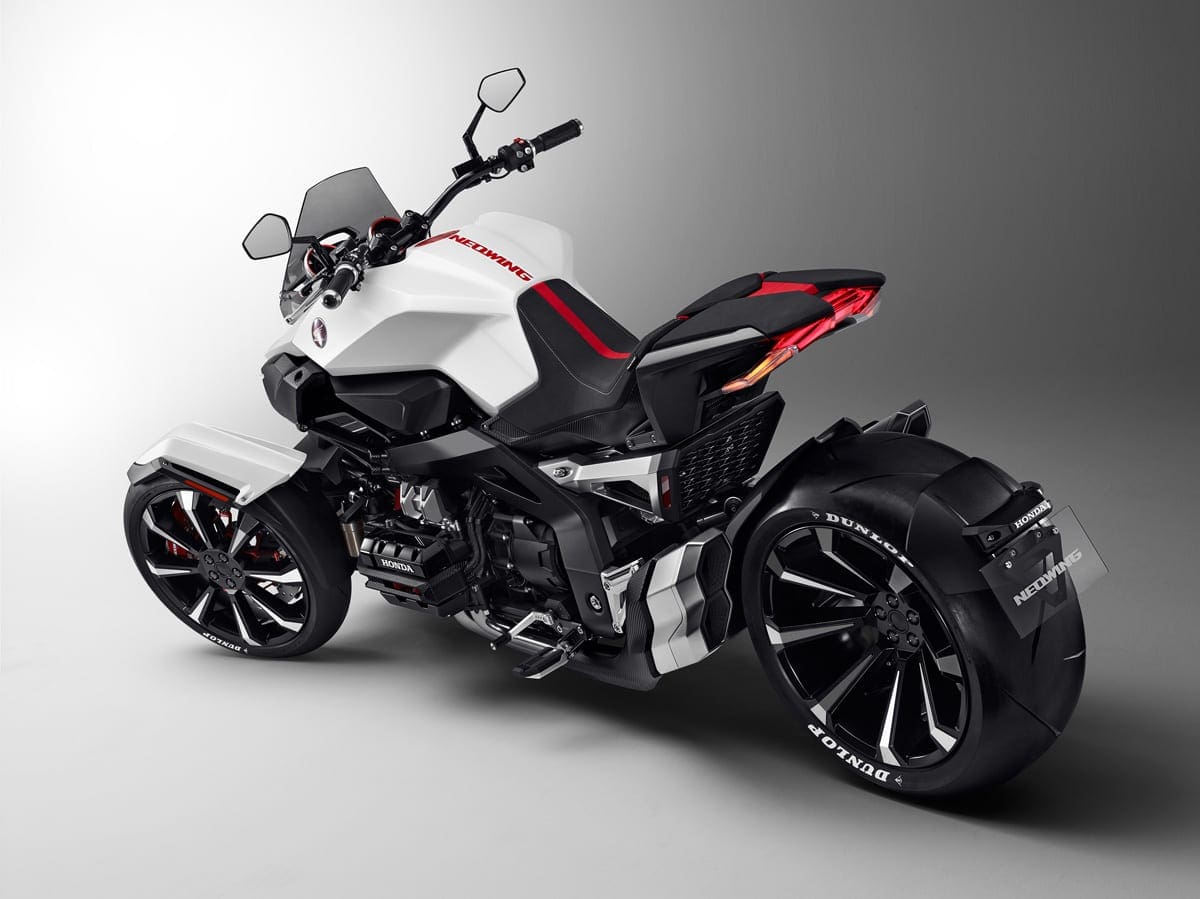