Jonathan Rea: “I could do better than Cal Crutchlow in MotoGP”

Four-time World Superbike champion Jonathan Rea has claimed that he could “do better” than Cal Crutchlow in MotoGP. 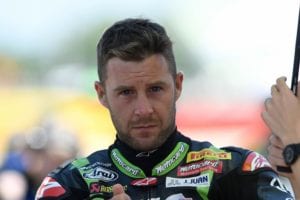 Rea is surely flying high after clinching his fourth-straight WSB title at Magny-Cours, but it seems the Northern Irishman is thinking about what might have been – after drawing a series of strange comparisons between himself at Cal Crutchlow in an interview with Autosport.

Ultimately, Rea believes his career path has been “better” than Crutchlow’s. In the interview, he said: “It is the right path. I feel that my path is the better path. I’m a four-time world champion in Superbikes. In motorcycle terms, I’m one of the most popular athletes in the UK. I’m really happy with my life in general. I really respect his [Crutchlow’s] achievements. He has done incredible. He is one of the fastest guys in MotoGP. He is one along with the top three or top four. Sometimes I look to him and I feel like I can do that. I can do better. I’m not jealous. I’m proud of him. I used to race and beat Cal – certainly more than he beat me. Now he is doing so well in MotoGP. I’m really proud, because I could race against him and now he is doing so good.” 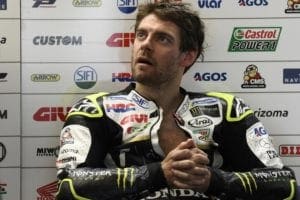 Rea went on to speak about the lack of opportunities for British riders to get on top-level, competitive machinery in MotoGP. Speaking about Spies and Crutchlow, the only two British riders to make the move onto factory machinery in MotoGP during the last ten years, Rea added: “They went to MotoGP with factory bikes inside the satellite team. They had the old bikes from every season. Tech3 is a good team. They received the bikes from Yamaha.All the other riders that are gone from Superbike after that never got good teams. Look at Laverty – the same level as Crutchlow. They were rivals in British championship then Cal went to Superbike. Eugene went to 250s [now Moto2]. They were rivals again in World Supersport together. They were the rivals coming through. Cal wasn’t my rival. I was the rival of [Leon] Haslam and [Leon] Camier. Cal wasn’t there. He was not the front guy. Eugene went there on Aspar Honda, the cheap Honda that were supposed to be amazing. It was terrible and almost ended his career. From there he went to a two-year old Ducati. Unfortunately he never got the opportunity. Cal was the last guy to leave this paddock on a competitive machine.”