MotoGP: Out of the shadows: Dovizioso fastest on Friday

Thanks to his FP1 time, Ducati Team’s Andrea Dovizioso ends Day 1 at the Motul Grand Prix of Japan as the man to beat as Dani Pedrosa (Repsol Honda Team) set the fastest FP2 time on a drying Twin Ring Motegi, with the likes of Dovi and Championship leader Marc Marquez (Repsol Honda Team) opting to stay in the garage for the second session of the weekend. 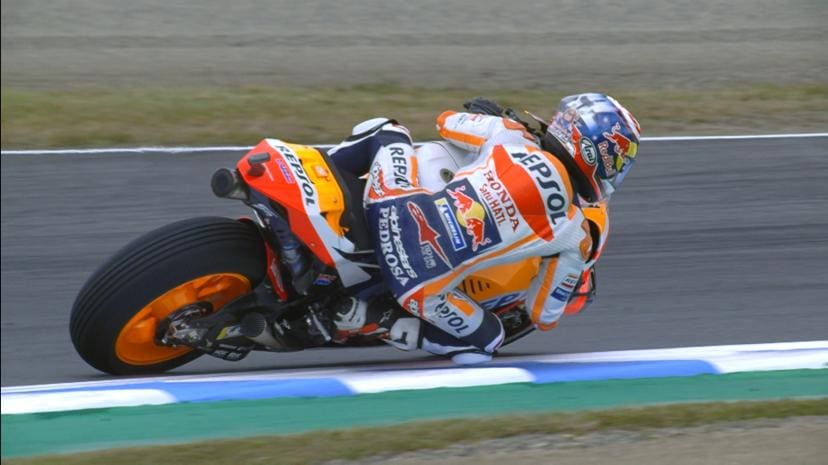 A sprinkling of rain at the beginning of the afternoon meant only 11 riders ventured out in the opening half an hour of FP2, with Jack Miller (Alma Pramac Racing) and Scott Redding (Aprilia Racing Team Gresini) the first riders to head out on slick tyres. By the end of the session it was the ‘Little Samurai’ who would set the quickest time – a 1:48.136 the benchmark, with Redding and Danilo Petrucci (Alma Pramac Racing) completing the top three in FP2.

However, with the times around three seconds slower in the afternoon, none of the riders were able to improve on their morning lap times. So, this means the combined practice times heading into qualifying day are as you were in FP1. Dovizioso leads the way by 0.105 ahead of Cal Crutchlow (LCR Honda Castrol), the latter another rider who didn’t set a lap time in FP2, with Johann Zarco (Monster Yamaha Tech 3) third overall. The Frenchman completed a significant number of laps in FP2 to finish P5 and is looking strong in both the dry and wet conditions. 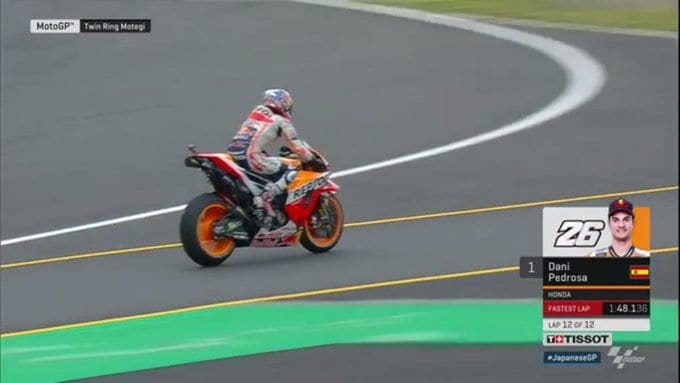 Aforementioned, Marquez decided it wasn’t worth heading out on track in FP2, the reigning Champion sits fourth overall after Free Practice Friday. Likewise to Zarco, Maverick Viñales (Movistar Yamaha MotoGP) completed a solid number of laps in FP2, all of which were on a wet set of Michelin tyres – P15 in the afternoon for the Spaniard and P5 overall.