RoSPA: “DEBATE the clock change – and SAVE LIVES.”

National accident prevention charity RoSPA has come out in support of a plan to change the current daylight savings system – claiming that a move to British Summer Time (GMT+1) all year, could save many lives by providing an extra hour of daylight through the Autumn and Winter. 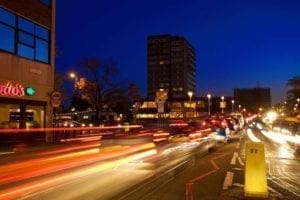 The announcement comes as the House of Lords prepares to discuss the European Commission’s proposal to end seasonal clock changes – but RoSPA is calling on the UK Government to seriously consider whether the current clock change system is beneficial, or even necessary.

Until recently, RoSPA has been seeking a trial of Single/Double Summer Time (SDST) – which would see the clock change retained, but put the country an extra hour ahead, creating extra daylight in the evenings when the number of casualties is highest.

According to figures provided by RoSPA – each year when the clocks go back in the autumn, there is a marked spike in the number of vulnerable road users killed and seriously injured. In 2017, pedestrian deaths rose from 37 in September to 46 in October, 63 in November and 50 in December. The casualty rate for all road users increased from 520 per billion vehicle miles in October, to 580 per billion vehicle miles in November.

Errol Taylor, RoSPA’s chief executive said: “A move to British Summer Time (GMT+1) all year round, which is one of the options to be considered, could save many lives by providing an extra hour of daylight throughout the autumn and winter. This new European Commission proposal has once again brought to the fore the debate around daylight savings, and it will always reoccur until something is done about this serious issue – we know that the darker evenings which suddenly occur in the autumn kill people – so let’s take this chance to do something about this once and for all. It would be a quick and easy win for the Government, and if just one life is saved, it would be worth it.

“The clock change system was created more than 100 years ago when the country was a very different place; there are now more people on the road, there is far more electric lighting and technologies have advanced more than anyone back then could have predicted.

“While there is plenty of evidence about the benefits of a change to SDST there is very little in the way of real opposition, so let’s consider a change that would bring the greater benefit to the greater number of people.”