It’s a clever bit of kit which works via a geofence – a virtual geographic boundary set by the owner. What that means is that if your motorcycle is moved outside of a certain perimeter, an alarm will sound and a strobe light will flash. You’ll then be notified that your bike has been moved via a text message. It is also fitted with an accelerometer – an impact trigger with adjustable sensitivity settings – so the lock will work in different situations.  The smart lock can be attached to a throttle lock on motorbikes – and is fitted with GSM and Bluetooth connectivity. It’s also accompanied by an encrypted app which allows you to access the system remotely. 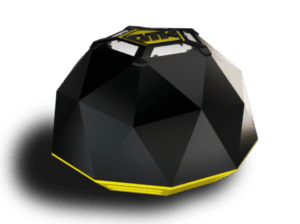 Founders James Sheppard and Matthew Leach were inspired to develop the new security device after they became victims of bike crime. Sheppard said: “Bike thefts are an increasing problem, with criminals going out with wire cutters or even angle-grinders to saw traditional locks off bikes. Statistically a lot of bikes are stolen close to the owner’s home, so getting that alert in the crucial first few moments could allow owners to stop the theft.”

Up to this point, the firm has spent £250,000 on developing the new security measure – but it’s hoping to raise an addition £10,000 in funding through a Kickstarter campaign which kicks off today.

The product isn’t set to hit the market until next summer – but if you’re interested in getting involved early on and helping to support the Limpet Lock making it to market, then you can sign up on the Geotekk website and take advantage of further discount (or even contribute to the Kickstarter campaign). For more information, click HERE.