MOTOGP: Rins is on fire! A day after his Suzuki burst into flames in pitlane – with fastest time at Sepang as 0.159 splits four factories on Friday 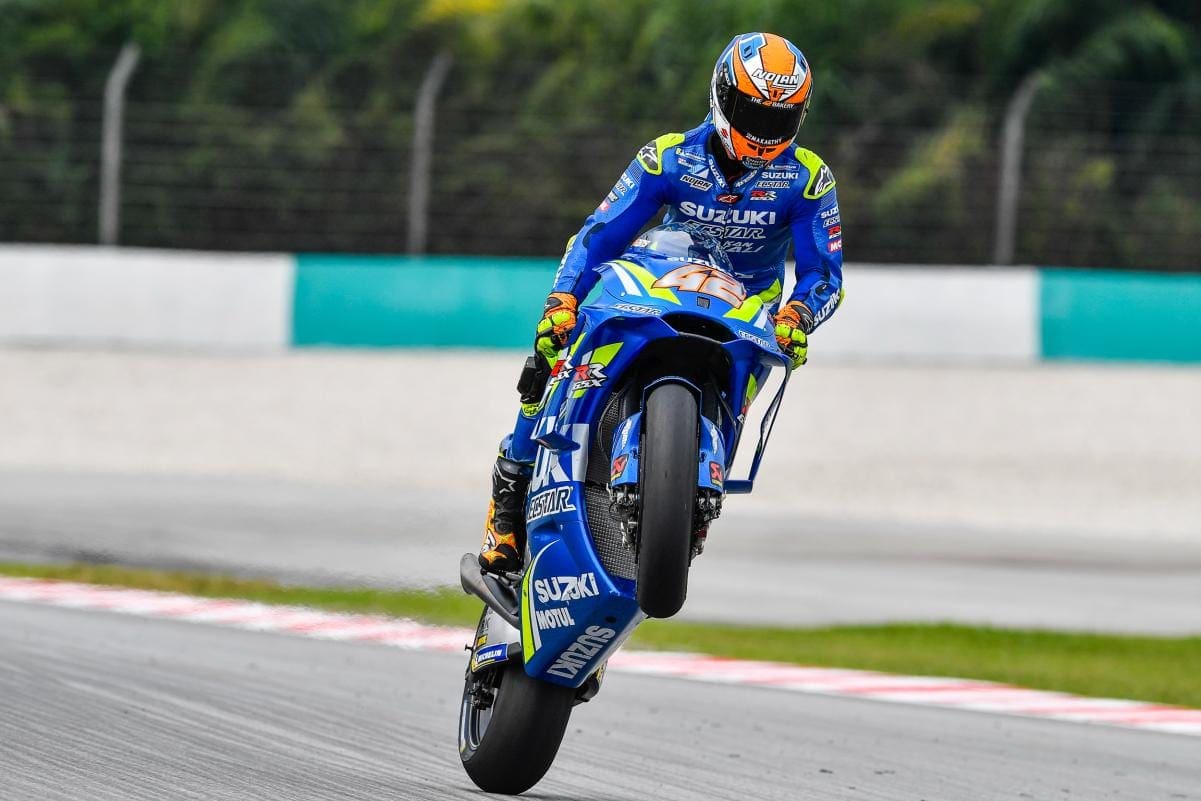 Alex Rins (Team Suzuki Ecstar) topped the timesheets on Friday at the Shell Malaysian Motorcycle Grand Prix after going quickest in FP2. The Spaniard heads Andrea Dovizioso (Ducati Team) on the combined times by just 0.089 after setting a 1:59.608, with Marc Marquez (Repsol Honda Team) completing a top three covered by 0.093 seconds at Sepang.

Despite the threat of rain throughout the day, the MotoGP riders were able to get two full dry sessions done and dusted in Malaysia, and it was a Suzuki leading the way as the chequered flag came out at the end of FP2. Rins was the man at the summit thanks to his late FP2 time, with Dovi failing to improve on his FP1 time in the afternoon session – P7 for the Italian in FP2. It was Marquez who finished the second session in P2, but the World Champion had an eventful day. In typical Marquez fashion, the number 93 had to save the front of his RC213V numerous times across the two sessions. 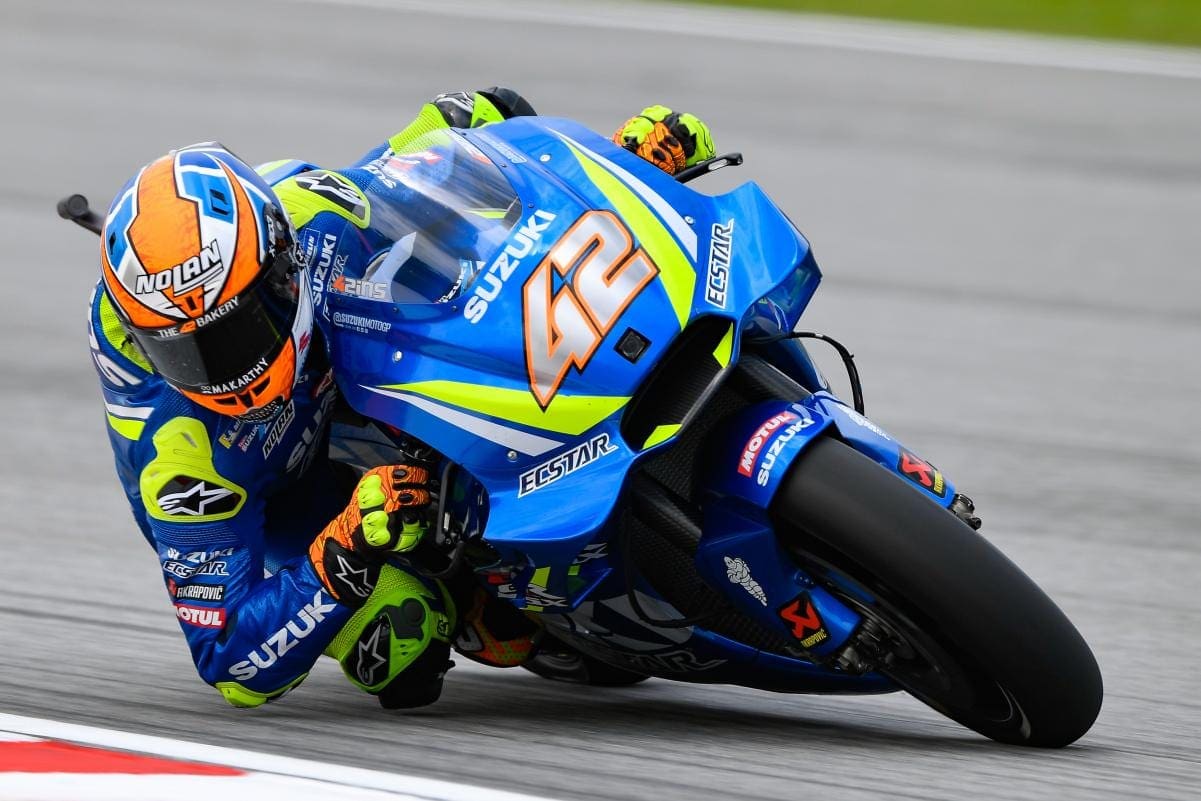 There were no such close shaves for fourth place overall and sixth fastest in FP2 Valentino Rossi (Movistar Yamaha MotoGP) though. ‘The Doctor’ having a strong Friday to end the day just 0.159 from Rins’ time as four manufacturers make up the top four spots at Sepang. Fifth on the combined times was Jack Miller on board his Alma Pramac Racing Ducati, the Australian setting a quickest time of 1:59.771 to end FP2 in P3 after being the first rider to dip into the 1:59s in FP2. Meanwhile, Australian GP winner Maverick Viñales (Movistar Yamaha MotoGP) completes the day P6 on the overall times, the Spaniard going fourth fastest in FP2 to end the day less than two tenths off P1. 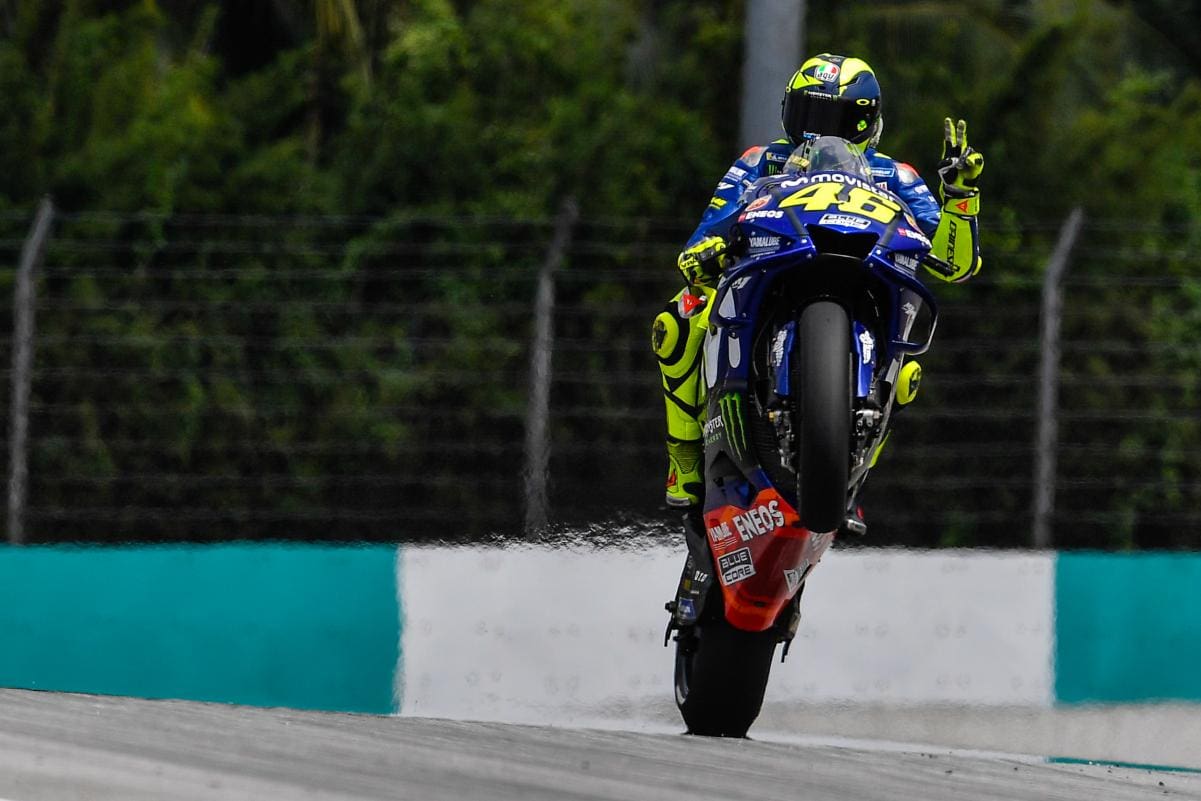 Just 0.009 behind him at the end of Friday’s proceedings sits Danilo Petrucci (Alma Pramac Racing), P7 overall for the Italian thanks to his FP2 time, with Johann Zarco (Monster Yamaha Tech 3) improving by over half a second in the second session to end P8 on Friday. Completing the provisional automatic Q2 places were Andrea Iannone (Team Suzuki Ecstar) in P9 and Aprilia Racing Team Gresini’s Aleix Espargaro in P10 – the latter going over a second slower in FP2 though, with his FP1 time just enough to better 11th place Dani Pedrosa (Repsol Honda Team).

Returning from injury, Jorge Lorenzo (Ducati), endured a tough opening day. The five-time World Champion finished bottom of the timesheets and over three seconds adrift of the fastest time.

So its Rins that was on fire on Friday in Sepang, a fantastic turnaround after one of his bikes was on up in flames in pitlane on Thursday. The times are super close with 0.203 covering the top six, but FP3 gives the premier class riders the last chance to improve their times to see if they can cement an automatic Q2 place. Tune in for that at 10:55 local time (GMT +8), with qualifying beginning at 15:10 local time. 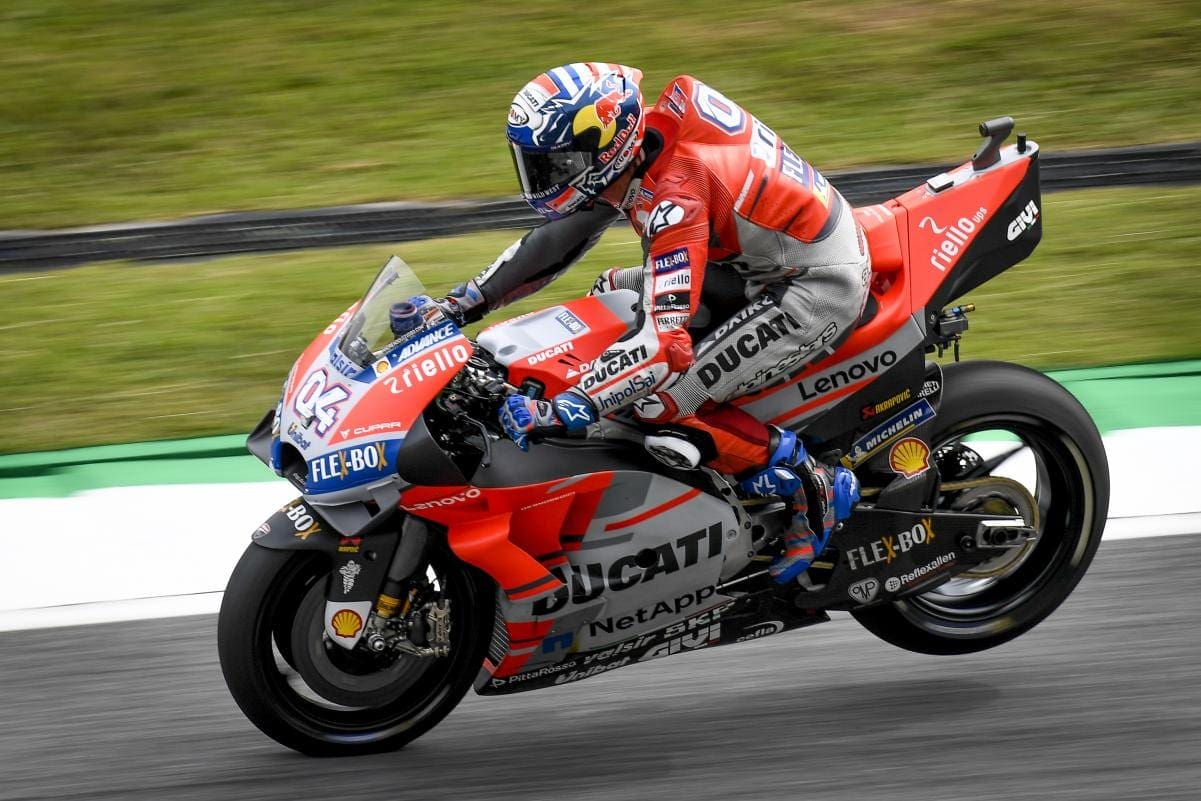