We’ve been speculating about the arrival of Honda’s three-wheeler ever since its funky NeoWing concept was unveiled to the world back in 2015. And it seems like everything’s finally coming together – with Honda Project Leader Hiroshi Yamada confirming that a three wheeler is coming, a month or so after we brought you a selection of patents filed directly by the factory. 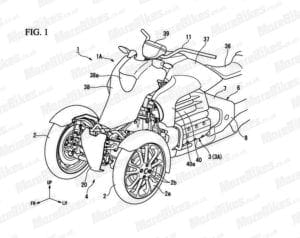 In an interview with Motocicliso.it, Large Honda Project Leader, Hiroshi Yamada briefly answered a series of questions about the possibility of Honda bringing a three wheeler into production – and confirmed that the iconic Japanese brand is ‘working on it’.

Yamada was a little vague about the specifics, and when asked about whether the new machine will be a motorcycle or scooter, he said, ‘we have not decided yet, we are still evaluating the category, the engine…’ – and talking about when it’ll be making it to market, he said, ‘I can’t say’. 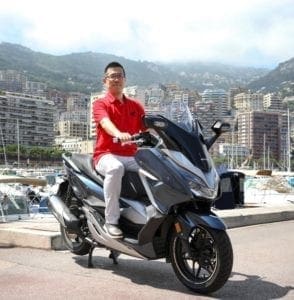 As you’d expect, he’s not given a huge amount away, but putting two and two together and looking at the level of detail on the patents we uncovered a few weeks ago, we’re taking a leap and suggesting that Honda is already well on its way to unveiling a production version of its huge NeoWing three-wheeler.

FOR THE FULL PATENTS, CHECK OUT THE STORY BELOW

Of course, there’s no indication of when we’re likely to see this bike in the flesh – and this latest patent design is firmly set on the mechanical outlay and workings of the complex and heavy front end steering system – so we’ve clearly got some way to go before we can get out and ride a road-going version of the original Neo Wing concept. But it’s looking ever more likely that we’re going to see it in the flesh in the not too distant future. 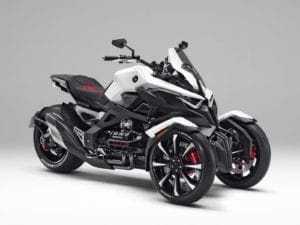