Italian motorcycle manufacturer Benelli has just released details of its new middleweight naked motorcycle, the 752S – ahead of its official unveiling at EICMA tomorrow. 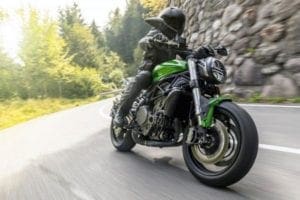 Following on from its debut at EICMA last year in prototype form, the Benelli 752S is set to be officially unveiled at the 2018 EICMA motorcycle show tomorrow afternoon – but we’ve got our hands on some key information about the bike ahead of its big reveal.

The overall design of the new Benelli 752S is very similar to the concept model – featuring the same aggressive design and exposed tubular trellis frame, muscular fuel tank and step-up seat. Weighing in at 227kg, it’s not exactly light – but it’s powered by a 750cc liquid-cooled, DOHC, four-valve, parallel-twin engine, which kicks out 75bhp and 66Nm of torque, and is mated to a 6-speed gearbox – so there should be plenty of beans to get the middleweight Benelli moving. 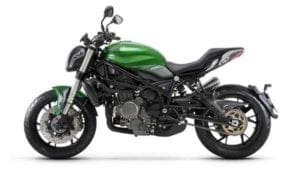 It’s well kitted out too, with suspension in the form of 50mm Marzocchi upside-down forks up front, and 45mm monoshock suspension at the rear – while braking is handled by 320mm dual discs with Brembo four-piston calliper at the front and a single 250mm disc with a single-piston Brembo calliper at the rear (with ABS provided as standard, of course). It also comes with 17-inch wheels with 120/70 section rubber at the front and 180/55 section rubber at the rear – and features a 14 litre fuel tank and a full digital dash. 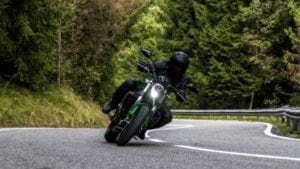 At this stage, that’s about as much as we know – there’s been nothing announced about its price or availability just yet – but with the big reveal set to take place tomorrow, we’ll have a better idea about the Ducati Monster and Suzuki GSX-S750 rivalling machine sooner rather than later.