The hotly anticipated Suzuki Katana was unveiled at the Intermot motorcycle show in Cologne last month to widespread admiration, and now Suzuki has revealed a new black colourway for its reimagined version of the iconic Katana, which was first launched nearly four decades ago. 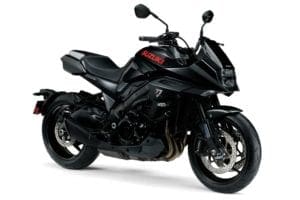 Shown for the first time today at EICMA in Milan, the black Katana joins the classic silver model in Suzuki’s 2019 range. The new Katana takes styling cues from the original machine but moves the iconic design into the modern era, with lines inspired by the handcrafted Japanese sword of the same name. 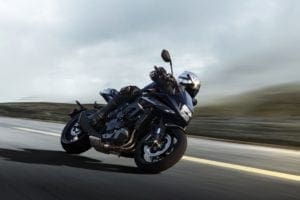 HERE’S THE INITIAL STORY FROM INTERMOT

Essentially, the only change for the black Katana is the new colour. Everything else stays the same as the model which was unveiled at Intermot a few weeks’ ago. Its frame is the same lightweight, twin-spar aluminium frame that is pulled from the popular GSX-S1000 series, while its inline four-cylinder engine began life in another noteworthy Suzuki – the GSX-R1000 K5 – although it’s been heavily revised and modernised for street-based performance, with a peak power output of 150PS at 10,000rpm, and peak torque of 108Nm at 9,500rpm. 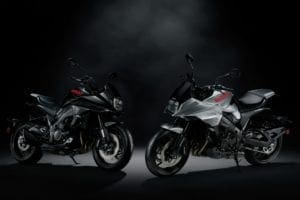 It is expected to arrive in UK dealerships in spring 2019 – but for more information, click HERE.