We showed you the first incarnation of Yukio Kagayama’s racing Katana last year, but now the former WSB, MotoGP and BSB star has debuted his new version of the bike, we’ve got the photos of it from our friends at Young Machine in Japan – and this bike… it’s just gorgeous… The main changes to the GSX-R1000-powered bike are the motor and the swingarm which is now swapped with the previous double-sided unit for a super sexy single-sider option. 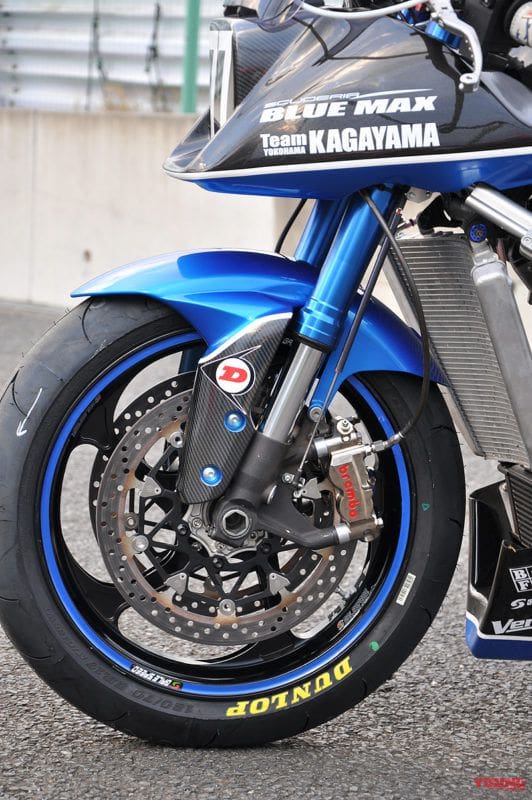 Kagayama said: “Changing the swingarm to a single-sided version has changed the whole nature of the bike when we’re racing.

“It’s not as stiff which means that you can feel a lot of the bike moving around especially under power coming out of a turn. It’s great fun and a really nice bike to ride.” So yeah, it’s a racing bike. Yeah, it’s in Japan. Nope, you can’t buy it and Suzuki probably won’t offer a road-going version of the 190bhp motorcycle but… look at it… wow. 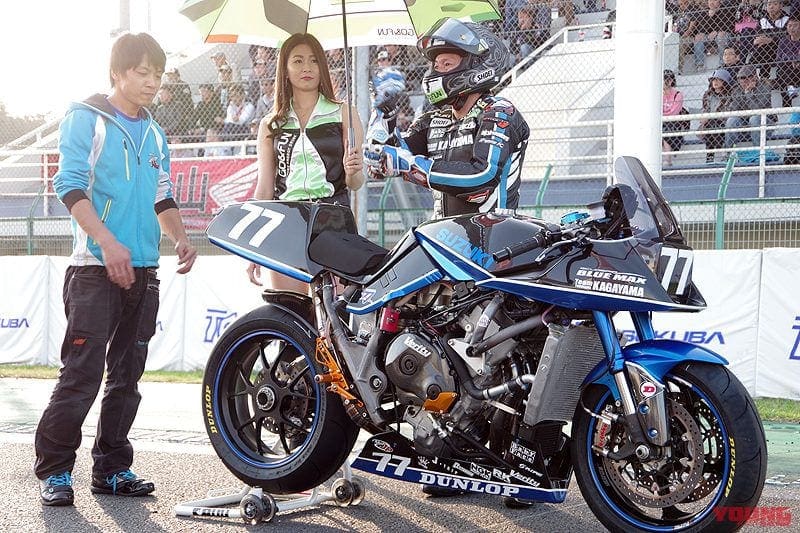